The Neponset River Watershed includes roughly 130 square miles of land southwest of Boston. All of this land drains into the Neponset River, and ultimately into Boston Harbor. 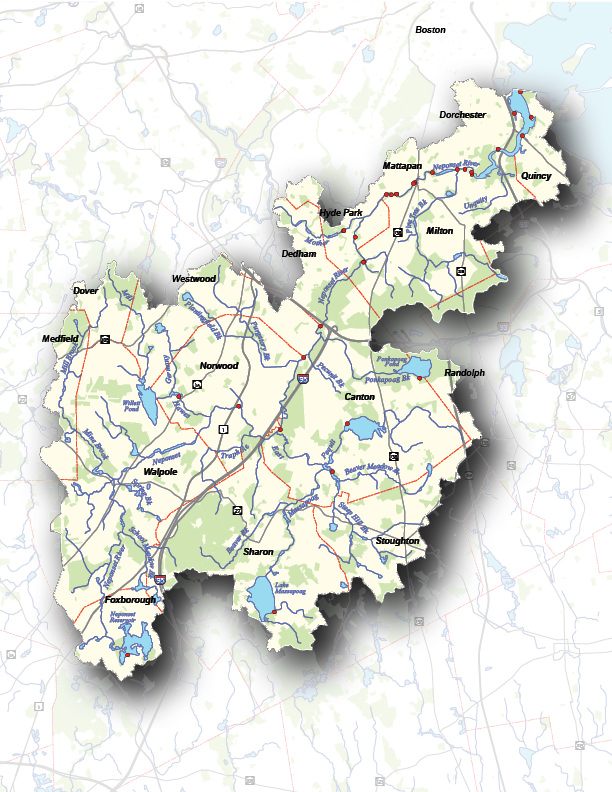