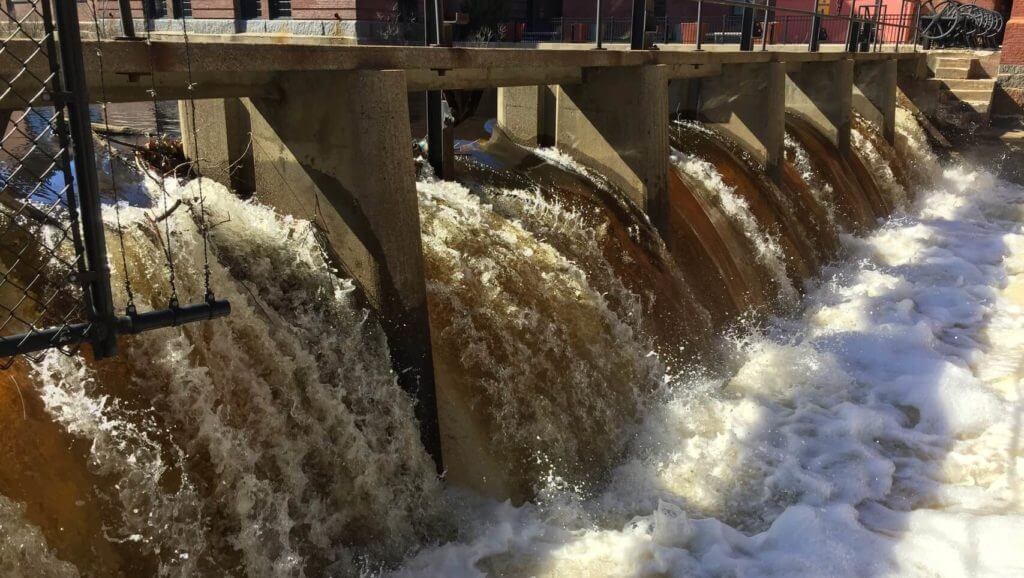 One simple way to improve the ecological function of a waterway is to remove the man-made structures that impede its functions. These structures often consist of old dams that no longer serve their purpose, and culverts that are undersized, poorly designed, and/or malfunctioning.

In August 2017, the middle dam in a series of three was significantly altered to ensure the survival of a small breeding population of brook trout that inhabits the headwaters of Pine Tree Brook.

In the fall of 2015, a small group of volunteers removed two boulder dams from the brook and helped restore the brook trout habitat for which Traphole Brook is famous.

Changes in the Neponset River over the last 30 years have dramatically increased the river’s importance as an aesthetically pleasing backdrop that people can enjoy as they go about their daily business.

Dam removal would greatly expand fishing opportunities. Boating which is currently blocked by the dams would be safer and considerably more enjoyable, and the safety of those recreating along the banks of the river would be enhanced.

When we remove a dam or poorly functioning culvert from a stream or river, we benefit the waterway in number of ways. We restore opportunities for fish and other aquatic wildlife to travel longer stream lengths, accessing more habitat, mates, and shelter, and potentially even passing between streams, the river, and the ocean. We also improve water quality—reducing pollutant levels, cooling water temperatures, and increasing dissolved oxygen levels.

Better water quality means that the waterway can support more species of fish and other aquatic wildlife. We also restore natural stream processes, like the distribution of sediments and nutrients along streambeds, which contributes to the waterway’s ability to support more species, returning a greater degree of aquatic biodiversity. And, we reduce the risk of flooding, injury, and property damage.

When we remove dams from streams and rivers that are key for fish spawning migrations, we enable groups of fish species to migrate along the waterways.

Of the methods available for restoring fish passage, dam removal provides the most overall ecological benefits – restoring river hydrology, connectivity, water quality, recreation, ecology, and fish passage for a variety of fish species. In comparison, installation of a fish ladder at an existent dam only potentially provides access for a few species.

Because of the Neponset Watershed’s lengthy history of industrial development, Neponset dam removal projects can be complicated by potential pollutants in river-bottom sediments, which may require removal, treatment and proper disposal.

Note that when a dam cannot be removed – potentially because its uses are important, the dam-owner is not interested in removing the dam, or the community is not interested – some degree of fish passage may be restored by installing fishways, including: upstream and downstream fish ladders, fish lifts (elevators), or nature-like fishways.

Nature-like fishways pass more types of fish than fish ladders, and include rock ramps and by-pass channels. The fishways mimic natural river morphology. In Massachusetts, the most typical fishways are weir pools and notched weir pools, as well as Denil ladders, stream baffles, Alaskan steep pass, combination designs, vertical slot and fish lifts. For migratory fish, the Denil-type, Alaskan steep pass fishways are the most effective.  However, some migratory fish such as smelt, striped bass, and sturgeon do not climb fish ladders. A significant proportion of Massachusetts fishways need repair or re-design. A 2001-2002 study by the MA Division of Marine Fisheries assessed waterway blockages, fishways, and anadromous fish in coastal MA waterways.  Data from this study are key to future restoration efforts, suggesting sites for construction of new fishways, removal of blockages, waterway restoration, etc. 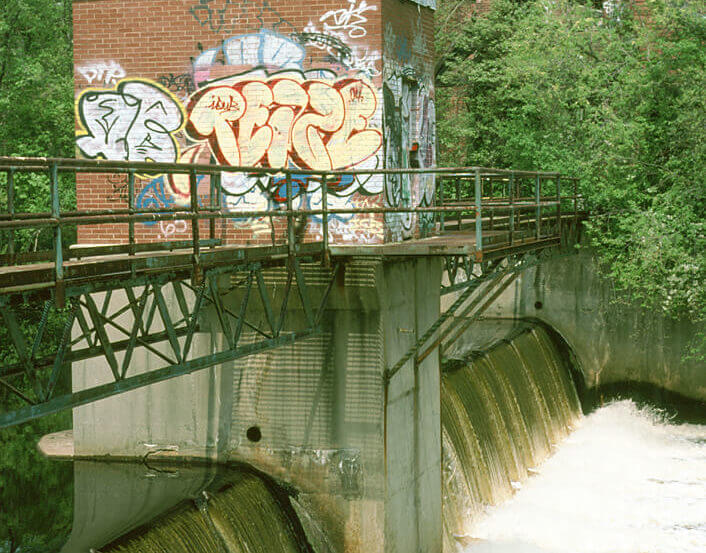 Besides removing waterway obstructions to restore ecological functions along a waterway, we can:

Is there an opportunity for aquatic ecological restoration on your property? Contact Executive Director, Ian Cooke at 781-575-0354 x305 or cooke@neponset.org.