We're working to identify and fix problem sites along the Neponset! 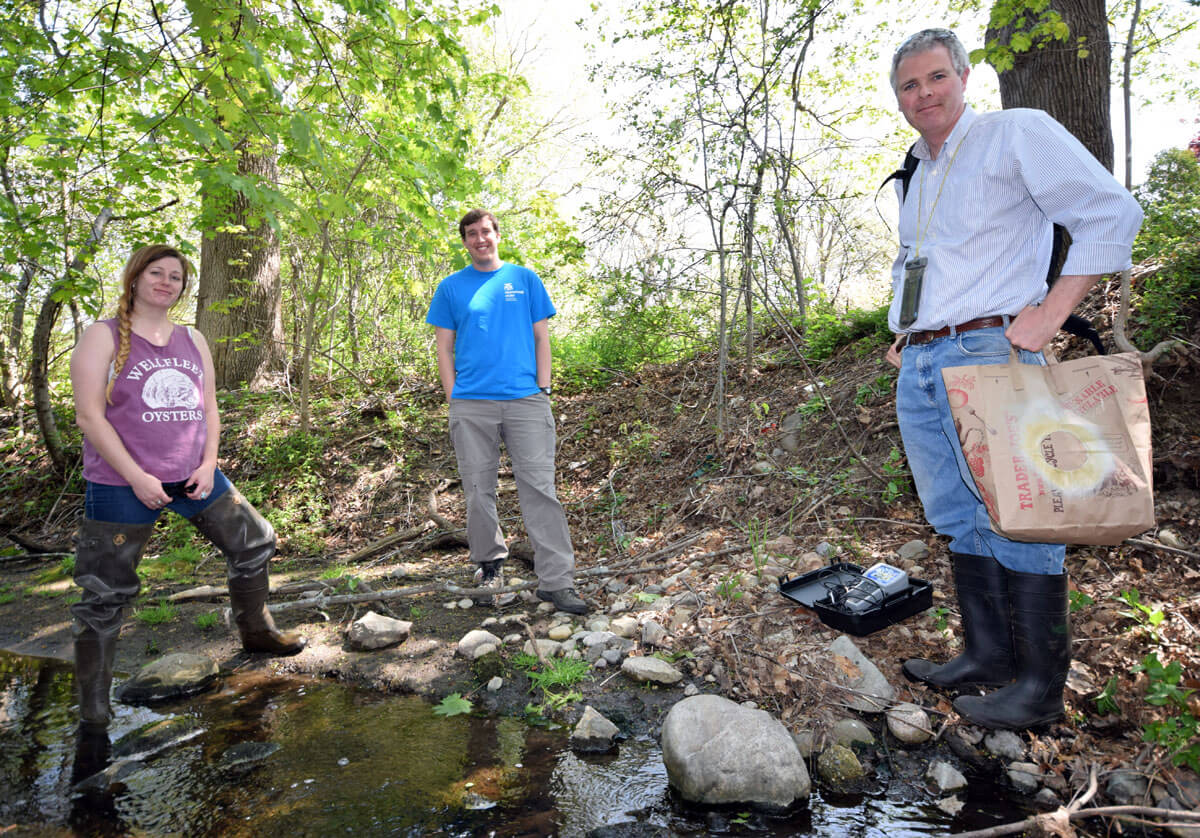 Started by a group of generous individual donors in 2015, NepRWA’s Hotspot Program allows us to follow up on problem areas identified through our regular Citizen Water Monitoring Network sampling data and anecdotal reports.

Staff re-visit these sites, collecting numerous samples in the problem area to zero in on specific sources of pollution, such as sewer leaks and other illicit discharges. Once a problem is isolated, we work with local communities to get it fixed. 2016 was a productive year for the Hotspot program with a number of problem discharges located and work underway on getting them resolved.

Our interactive hotspot map provides a way for everyone to easily track the progress of the sampling efforts and see where problems may be located in your own community. We will update the map as we reach new sites.

View Hotspots on Our Interactive Map

Our monitoring hasn’t uncovered any new sources of pollution, but we have documented and confirmed several on-going issues. Issues around the transfer station in Dedham are being exacerbated by the lack of water in Mother Brook. Read more

A wet summer has slowed the hotspot monitoring program this year, but we have still made progress in identifying pollution issues. So far this summer we have investigated Mother Brook in Dedham, Pequid Brook in Canton, Hawes Brook and Germany Brook in Norwood, and Steep Hill Brook in Stoughton. Read more

This year’s Hotspot Monitoring season started off like a geyser. While out investigating high bacteria levels in a tributary of Hawes Brook in Norwood, NepRWA staff discovered water bubbling up from the ground, reminiscent of a hot spring in Yellowstone. Kudos to the Norwood DPW for fixing the issue immediately. Read more

Investigations in Pine Tree Brook in Milton have uncovered a suspicious outfall discharging E.coli contaminated water into the brook. Investigations of Pecunit Brook in Canton have located two potential points of sewage contamination. There are ongoing hotspot investigations in Norwood, Canton, Milton, and Sharon.  Read more.

Work done in Unquity Brook has led to the discovery of two sources of sewage contamination along the brook and may have solved the on-going E.coli mystery. Investigations in Norwood and Westwood have confirmed that past sewage leaks in those towns have been successfully fixed. We are currently investigating high levels of E.coli in Pine Tree Brook in Milton.  Read more.

A tremendous thank you to the 361 families that came together this past fall to push us over the top with our Hotspot Project Challenge Grant! 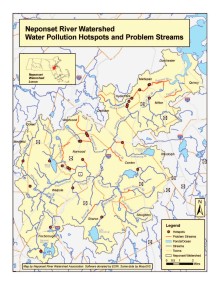 Learn about the origin of the Hotspot Program.

To launch the Hotspot Program, three generous families pledged to increase their existing giving by a total of $10,000, but only if we could raise the remaining $20,000 through new or increased gifts from local businesses and individuals by the end of 2015.

Click on map at left to see problem areas within the Watershed.