Exotic, invasive species are organisms that arrive in an area far from their home and then succeed in surviving, reproducing, and spreading.

Over the years, the Neponset River Watershed Association has taken on several exotic, invasive species control projects, and no doubt will continue to take on more.

Species that have been present in a region of the USA for thousands of years are considered “native” to that region because of their long residence. During that time, native species have adapted to their presence and come to rely on them for food, shelter, and/or other needs. It’s possible to learn which species lived in an area thousands of years prior, by taking a core sample of the soil and identifying the species present in that core sample  (i.e., pollen, plant segments, etc.).

Viceroy on willow in Fowl Meadow.

Because exotic, invasive species can alter Neponset natural landscapes and even reduce local biodiversity, we work to prevent both the spread of these species and their presence in the landscape.

Exotic species are those that arrived more recently, having traveled from elsewhere in North America or even from other parts of the world. Native species have not yet fully adapted to making use of these species.

Commonly, what we consider to be exotic species here in New England are species that were transported to North America since the European colonists arrived. Some of these species were transported accidentally, while others were brought on purpose.

Exotic plant seeds can hitch a ride on a person’s clothes when s/he visits another region or even country, then remain attached while the person travels back home, and later fall off outdoors, at home, during the person’s daily routines. The seeds then have the opportunity to grow into new plants and reproduce in their new home. Such accidental introductions occur all over the world, ever increasingly, because of global trade and travel.

Likewise, aquatic organisms can flow into a ship with the water that is taken on as ballast while the ship is docked in one port. The ship then leaves, and when it arrives at another port, that life-form-filled ballast water is dumped into the harbor to lighten the ship for new cargo. Now, these aquatic organisms have an opportunity to live and reproduce in this new home.

Some people also purposefully transport species from other countries and distribute these, or propagate and sell them (e.g., ornamental outdoor plants or aquarium plants and fish). Then, the species can reproduce and spread on their own.

An exotic species that is reproducing on its own in the new, regional landscape is considered a “naturalized” species.

These species are very successful at spreading through areas, via reproducing and outcompeting other species. Both native and exotic species can be invasive. Often, species that do well in disturbed ecosystems and are considered “pioneer” species because of it, are considered invasive. Such species might include grasses, algae, lichen, wildflowers, birch trees, and mosses. 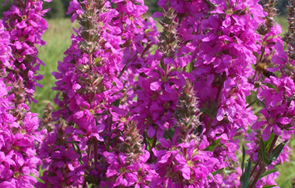 Fortunately, it is only a very small proportion of exotic species that becomes invasive. However, that small segment delivers a big punch.

Naturalized exotic species that spread in the landscape and displace native species or threaten environmental, agricultural or personal resources by the damage they cause are considered invasive. Note that not all exotic, invasive plants are equally invasive. While some only colonize small areas, others may dominate large areas in a short time.

They are successful in their new homes because the growth of their populations is not controlled by the predators and competitors with which they evolved in their old home territory. And, although some native species may begin to prey on the exotics, it is not sufficient to provide control. 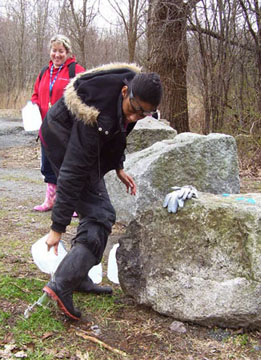