Thank You for Your Advocacy

Although the Governor vetoed an update to the Commonwealth’s climate policy, he approved the sewage notification bill. 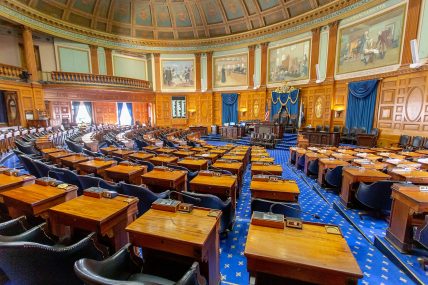 Thank you to everyone who wrote to or called Governor Baker to urge him to sign S.2995, An act creating a next-generation roadmap for Massachusetts climate policy, and H.4921, An Act promoting awareness of sewage pollution in public waters into law.

While we are deeply disappointed the Governor chose to veto the first significant update to the Commonwealth’s climate policy, we are thrilled he approved the sewage notification bill, which will help protect public health and raise awareness about a significant problem that must be addressed.

While we understand the climate policy bill reached the Governor in the waning hours of the legislative session, the bill itself codified many of the policies the Governor himself has expressly supported or included in his own plans. The legislature appears poised to take up the issue again as the new session begins, and we look forward to its swift passage.

We appreciate your support of our advocacy efforts—we cannot do this work without you! I am very much looking forward to working with you all in the coming months as we engage state and local policymakers to ensure environmental issues remain a priority.

If you have any questions, please contact NepRWA Advocacy Director, Kerry Snyder at snyder@neponset.org