The Neponset is Running Low on Oxygen

Everyone knows that fish live underwater, but a lot of people don’t realize that fish breathe oxygen underwater, just like we do on land. Dissolved oxygen (DO) is critical for fish and other aquatic animals to survive.

Much in the same way that we wouldn’t survive long if our oxygen supply was suddenly cut off, fish and other aquatic animals that are unable to escape areas of extremely low dissolved oxygen will suffocate and die. 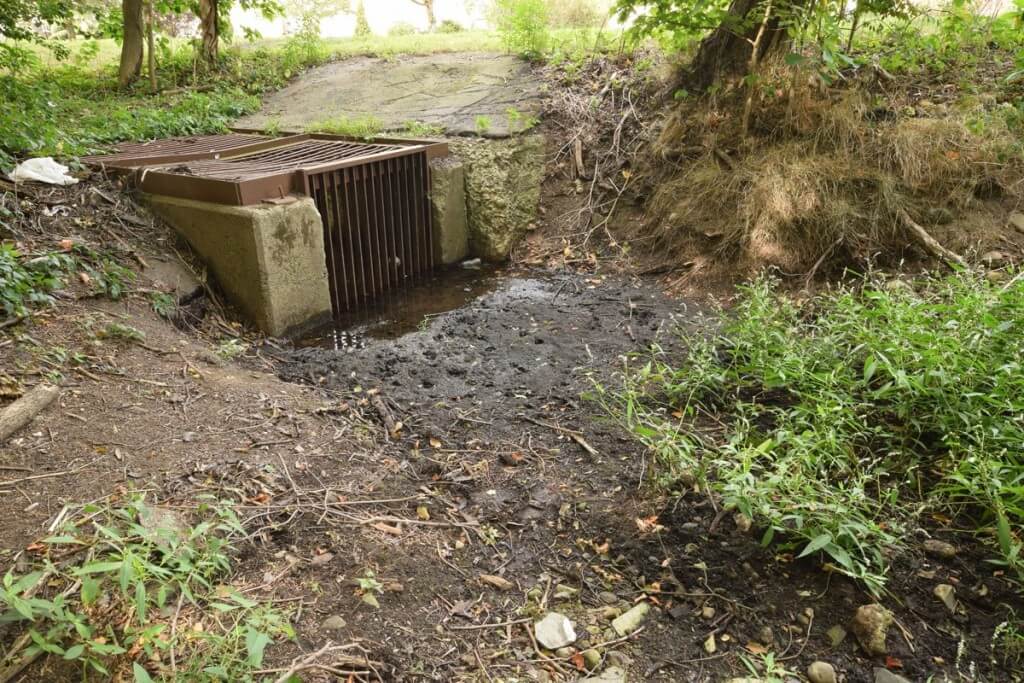 Dissolved oxygen data collected by our Citizen’s Water Monitoring Network (CWMN) has shown an alarming trend of plummeting dissolved oxygen levels across the watershed this summer.

While DO does typically decline during the summer, the declines we are seeing this summer are more severe than what has been seen in the recent past, and this is likely due to our abnormally hot July, and the extreme drought we’ve been suffering over the past several months.

While watching the animation below its important to note a few things.

What Affects DO Levels?

In streams and ponds, dissolved oxygen is generated naturally by rapids, waterfalls, or by wind pumping oxygen into the water, and by aquatic plants and algae photosynthesizing underwater. Other factors that affect DO are temperature, salinity and nutrient levels. Cold water can hold more oxygen than warm water, and fresh water holds more oxygen than salt water. High levels of nutrients like phosphorus and nitrogen can lead to a process called eutrophication, which causes the accelerated breakdown of organic matter in the water by microbes that consume oxygen in the process. Eutrophication can be made worse when warm temperatures are combined with excess nutrients.

This Summer’s Drought and Heat Waves are Making Things Worse. 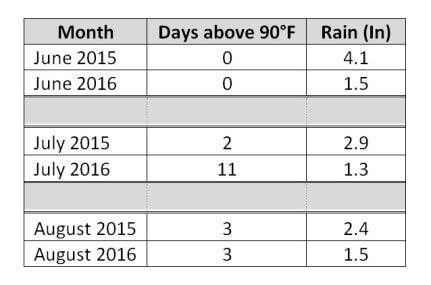 Temperature and precipitation data from the Blue Hills Weather Observatory comparing this summer and last summer. While last year’s summer was abnormally dry, this year was even more extreme. Many climate scientists are predicting that this trend may be the new norm.

The Neponset Watershed, and most of Massachusetts, has been suffering a severe drought for much of the summer. That combined with the abnormally hot July has created terrible conditions for Dissolved Oxygen.

Stream and pond water temperature (and thus DO levels indirectly) is largely controlled by water volume, air temperature, exposure to direct sunlight, and the amount of cold groundwater seepage a water body receives.

Under drought conditions, surface-water levels are lower than normal, leading to hotter than normal water temperatures as shallow waters heat up faster than deep water.

In addition to low surface-water levels, lower groundwater levels, due to drought and groundwater withdrawal, mean streams and rivers are getting less cold spring water contributions that would otherwise help to cool down the surface waters.

Regular rain events flush out ponds of excess nutrients and stagnant water that have been baking in the sun. During a drought this flushing doesn’t occur as often which creates high nutrient, high temperature ponds where eutrophication consumes oxygen and causes DO crashes.