313 years after Governor William Stoughton of the Massachusetts Bay Colony left the land in trust to benefit Milton's poor, Milton's 34-acre Town Farm is being sold for residential development.

The $5 million purchase price to be paid by Pulte Homes for 30 of the 34 acres will be administered by the selectmen for poor relief. 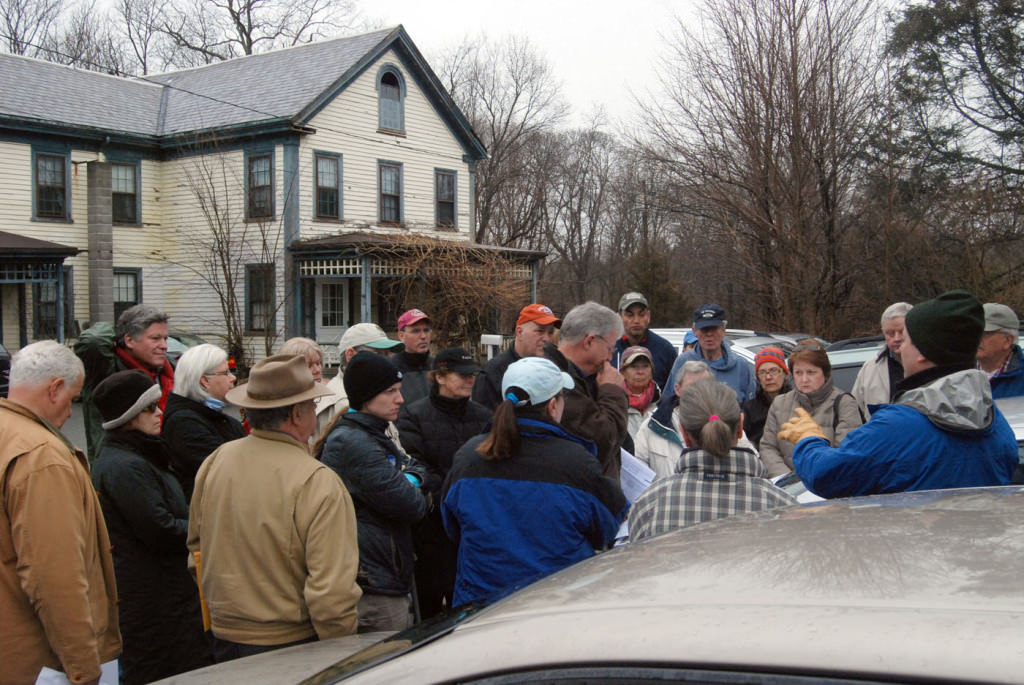 Last Saturday the Milton Conservation Commission walked the site to inspect locations where Pulte intends to perform borings for a cluster development of 23 homes. As is evident in the MapGeo aerial below, the site is surrounded on three sides by residential development and borders Unquity Road on the west, where the entry road will be located.

With the exception of a group of buildings at the northeast corner, the site is largely forested and includes a pair of wooded wetlands that drain under Unquity Road to Pine Tree Brook, the Neponset’s largest tributary in Milton. I live not far away, and when I moved to town in the late 1980’s the area was in the process of being cut off from the Blue Hills Reservation and Camp Sayre to the south by the construction of the pricey homes around Countryside Lane, known as Indian Cliffs. 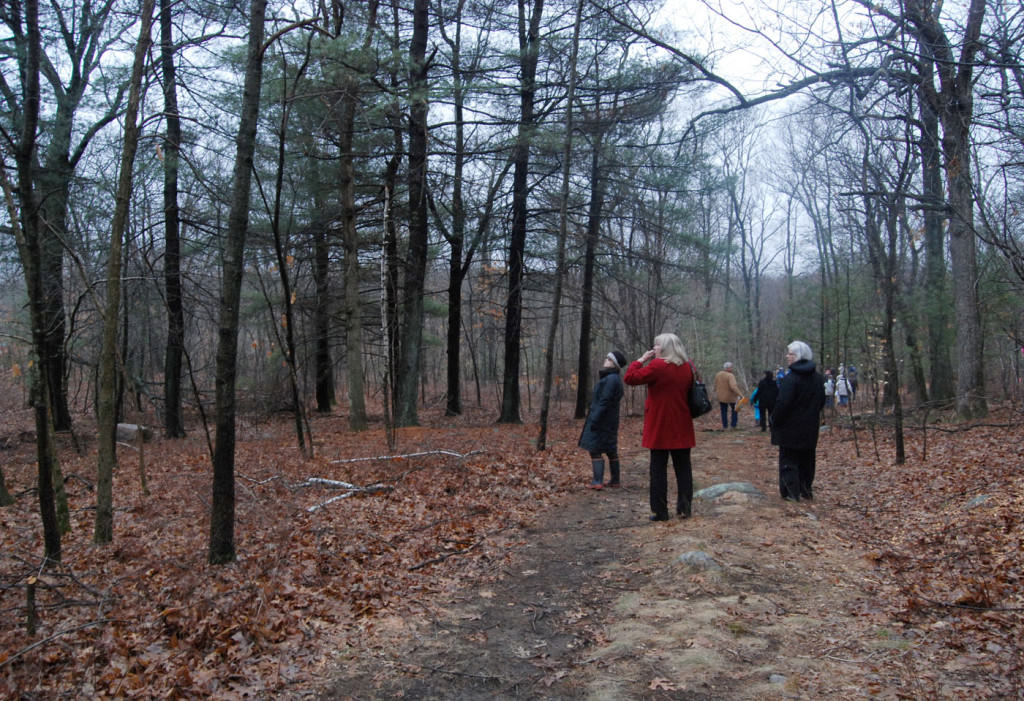 As a naturalist, I am seldom pleased to see nearby haunts vanish under subdivisions, because it means I’ll have no reason to go there any more. Like many close-in Boston suburbs, Milton’s history has been dominated for last century by the division of large parcels into residential lots, and now this process is about finished because so few large lots remain. 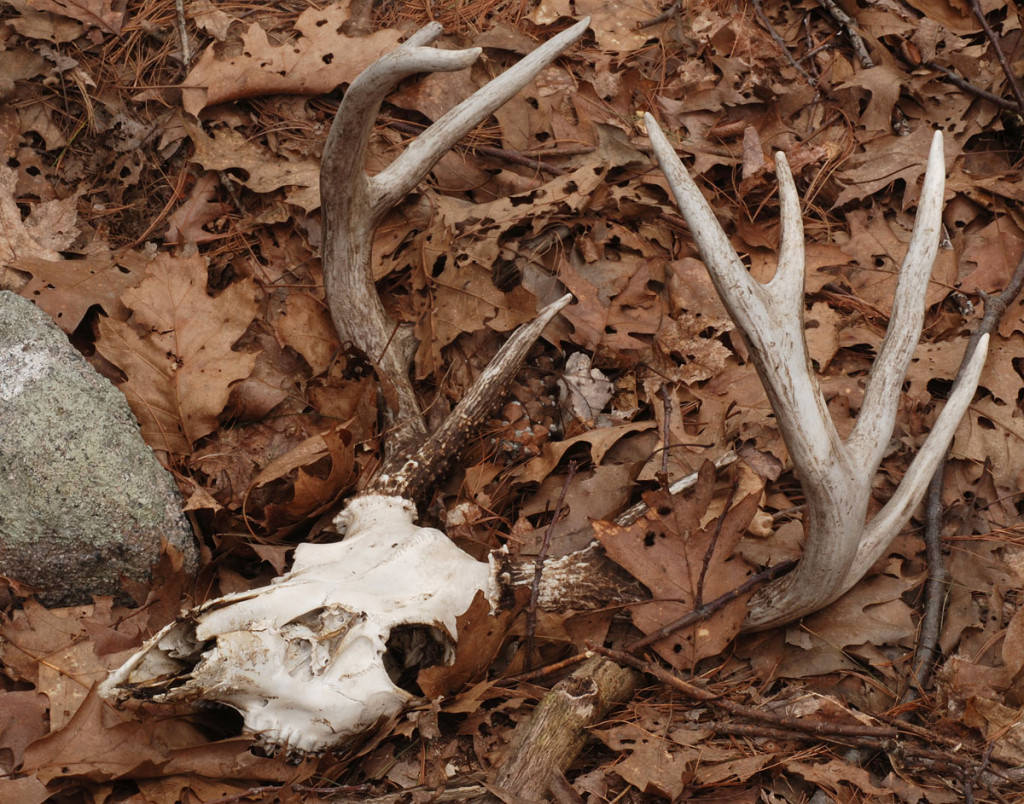 A zoning article that will permit clustering the homes will be before Town Meeting next month, and it may be that careful design and wetland setbacks will help preserve many of the site’s natural features, like the population of early brown spinners, a mayfly pictured below, that inhabits in the southernmost pool. 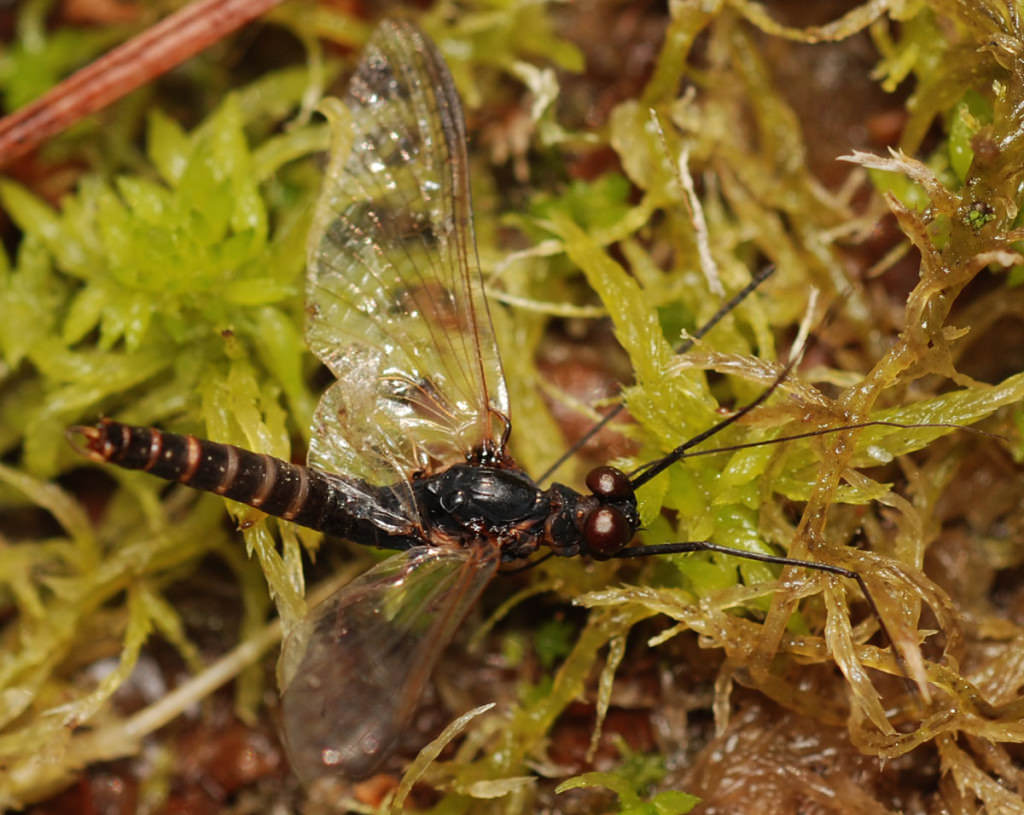 It may be, in addition, that the four acres that are not included in the development will center on the old fields and buildings in the northeast corner, and that these will preserved in some manner, and remain accessible. That would be fine with me. 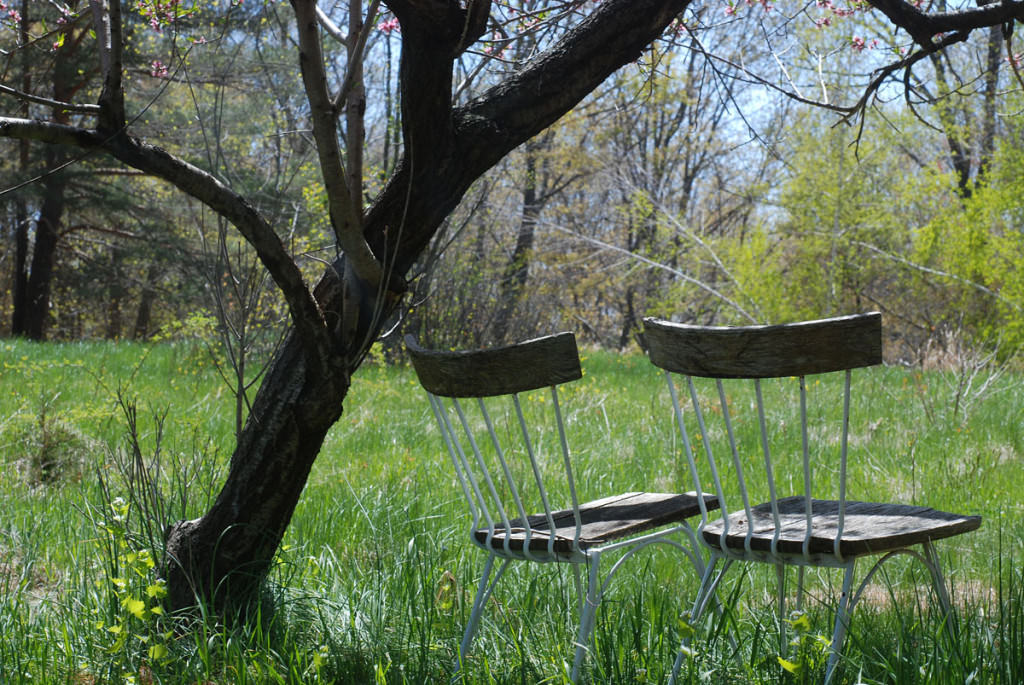