A variety of important watershed issues have prominent places on town meeting agendas across the basin this spring. Here’s just a small sampling… 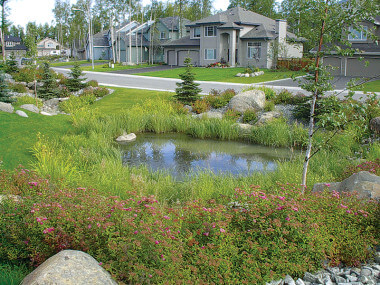 Westwood Town Meeting adopted a new Stormwater Management Bylaw that was developed with significant input from the Watershed Association. The new bylaw brings the town into compliance with its current stormwater permit requirements and sets the groundwork for meeting even stricter requirements that are expected from the US EPA next year.

The Watershed Association had urged our members in Westwood and the public to support the measure, and we think it will serve as a good model for other communities in the area who either lack a stormwater bylaw or who have older bylaws that don’t meet updated requirements. That said, Westwood may still need to make some minor adjustments to its new bylaw depending on the final wording of the new municipal stormwater permit coming from EPA in 2016. 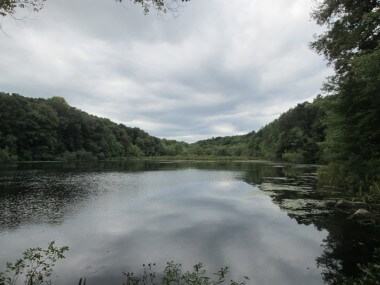 Sharon Town Meeting voters approved funds for the reconstruction of the Hammershop Pond Dam. Unfortunately, this was an issue the Watershed Association was only able to get involved with at the last minute.

Nevertheless, we had advocated for Sharon to consider the benefit of restoring the stream rather than rebuilding the dam. Those benefits would have included a significantly lower construction cost as well as the opportunity to apply for restoration grants, along with restored stream habitats, cooler water temperatures, and reduced flood risks, though admittedly full stream restoration in this area would have been a long term prospect as there are several other problematic dams and culverts nearby.

Several Watershed Association members attended the Town Meeting and spoke up in favor of considering stream restoration, but as expected more than $400,000 in funding was approved for reconstruction instead.

The situation highlighted one of the biggest challenges with restoring natural stream habitats in a watershed like the Neponset that is so heavily dammed—towns are being confronted with pressing decisions on what to do on a nearly random basis as individual dams begin to fail, but much of the benefit of stream restoration comes from a comprehensive approach that would address multiple dams, culverts and habitat impairments in a holistic fashion.

When taken piecemeal, the habitat benefit of restoration at each site is modest, and often the path of least resistance politically is to spend the extra money to rebuild. While, as expected, the Watershed Association’s last minute advocacy on this issue wasn’t successful, hopefully we raised awareness of the issue and laid the groundwork for a different approach when similar situations come up in the future.

In Milton, elected Town Meeting Members discussed the significant additional cost of beginning to address long neglected stormwater infrastructure. These costs are expected to begin kicking in next year as new EPA municipal stormwater permit requirements take effect. The Milton Department of Public Works estimates stormwater costs may rise to as much as $800,000 annually. This was only a brief item of discussion for this year’s Town Meeting and no specific action was taken.

Separately, the Milton Department of Public works has been working with the Watershed Association and the Metropolitan Area Planning Council to consider alternatives for using a fee-based approach to meeting these needs rather than adding these new costs to the tax rolls.

Also coming up for discussion soon at the Milton Town Meeting will be a controversial “condominium zoning” measure which has been envisioned by some as a means to blunt the impact of a spate of large “40b” development proposals hitting the Town, but has others convinced that the cure is worse than the disease as currently drafted. The Watershed Association has not taken a position on the condominium proposal. 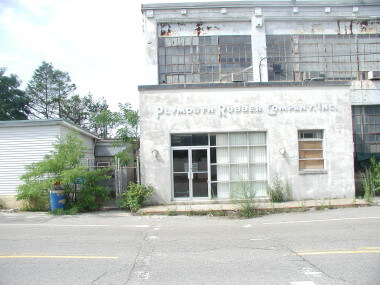 Lastly, next week in Canton, Town Meeting will take up a variety of articles related to the long anticipated redevelopment of the former Plymouth Rubber Property, which sits near the center of town with extensive frontage on the East Branch of the Neponset River. The proposals would allow for mixed-use redevelopment of the property, and would have the town acquire a key area near the East Branch River for parkland and historic preservation, including the former site of Paul Revere’s Copper Rolling Mill.

The Watershed Association has long sought to have hazardous waste on the former industrial site and in the river downstream properly cleaned up, and we plan to follow up on these issues in the months ahead. Just as importantly, we look forward to opening up this long inaccessible and underutilized section of Canton’s waterfront.  A member of the Planning Board has asked the Watershed Association to help facilitate the protection of parkland as part of the project by holding a conservation restriction on the property to be acquired by the town, something the Watershed Association Board has expressed a willingness to do if needed.

While the Watershed Association has not taken a specific position of the Plymouth Rubber town meeting articles, we look forward to participating in the environmental permitting process in the months ahead if the project moves forward.

The Challenge of Tracking 14 Towns

It’s not surprising that watershed issues are playing such a prominent role at Town Meetings across the watershed this year, as so many municipal decisions impact the health of the river and its tributaries from land use policy and regulation, to open space preservation, to investments in water, sewer, stormwater and other key infrastructure.

With 14 communities and a very small staff, it is a tremendous challenge for the Watershed Association to get involved in the many important issues in each community. If you would be interested in helping us stay on top of issues in your community as a volunteer, please let us know!

I’m also sure that there are important issues in watershed communities that I haven’t listed above. Post a comment below to let us know what’s happening in your community!