Over 200 volunteers came out to help with the Neponset Cleanup on DCR’s 10th Annual Park Serve Day, April 30, and they transformed the Neponset Estuary. 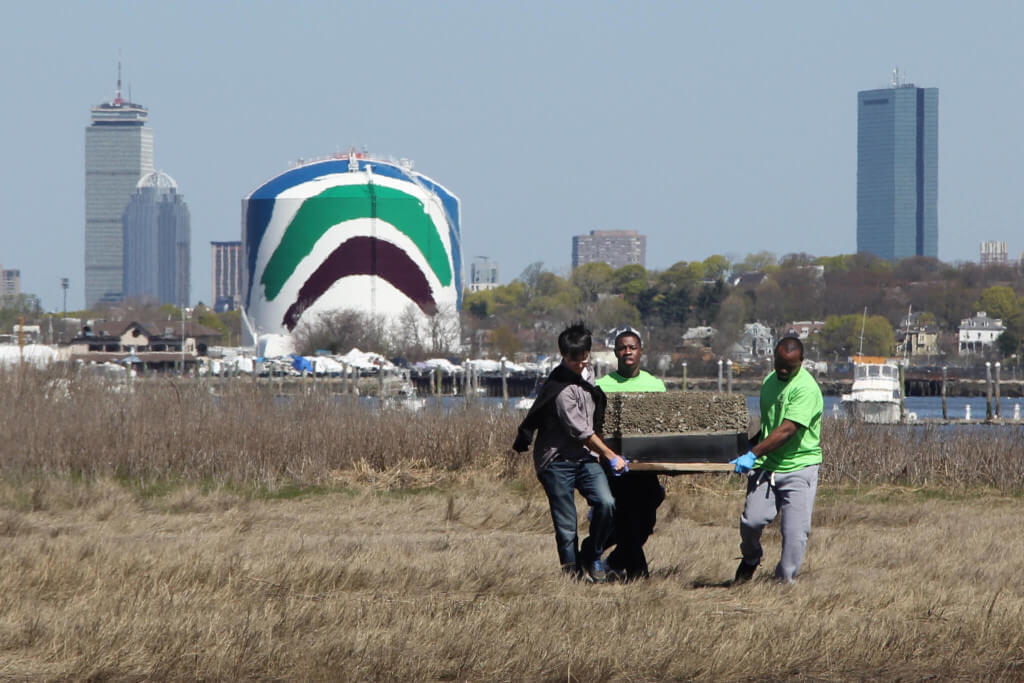 Volunteers of all ages began gathering at 9am along the Neponset RiverWalk and Commander Shea Boulevard in Quincy; the Granite Ave. marshes and Neponset Greenway in Dorchester; and the Baker Condos/Lower Mills area to remove debris from the estuary, marsh areas, walkways, and open spaces.

Parents with young children, UMass students, and Girl Scouts worked side-by-side with corporate “green teams”, state employees, and neighbors of the Neponset.  The positive impact of the volunteers came swiftly, as dozens of trash bags and piles of debris began quickly accumulating throughout all of the cleanup sites.

The Department of Conservation and Recreation assisted with the cleanup by providing bags, gloves and assorted tools, as well as trucks for trash removal.  According to DCR Operations Coordinator, Chris Spillane, they counted 6 tons of debris and another 140 bags of trash – or enough trash to fill 3 @ 30 yard dumpsters.

Terry Dolan, a board member of the Lower Mills Civic Association, the Baker Square Condominium Association and the Neponset River Watershed Association, was one of the site captains at the Lower Mills cleanup. “I was delighted by the large number of neighbors from both sides of the river in Lower Mills who joined us for the cleanup. There was a shared sense of appreciation for, and enthusiasm about, these wonderful natural resources in our midst. All agreed this cleanup was a terrific, feel-good way to start off spring 2016!”

Ryan Kingston and Noel Keady, live blue Service Coordinators for the New England Aquarium, brought about 40 volunteers to the cleanup site along Commander Shea Boulevard, near Boston Scientific. Ryan summed it up nicely, “It was really satisfying work, and the live blue Service Corp was psyched to be involved. We had three concurrent projects occurring on Saturday but I think this one had the most heavy lifting and just profound impact, at least visually.”

Marsh area near Neponset RiverWalk in Quincy, before and after the cleanup.

A partial list of the trash removed from the estuary and marshes (inventoried by sites captains) included:

The Neponset River Watershed Association relies on volunteers and sponsors to help with major events, and we would like to acknowledge and thank the following groups for their support of the Neponset Cleanup: