Unearthing the History of Harling’s Mill

Much like a river, uncovering the history of Harling’s Mill took unexpected bends with many side channels along the way. 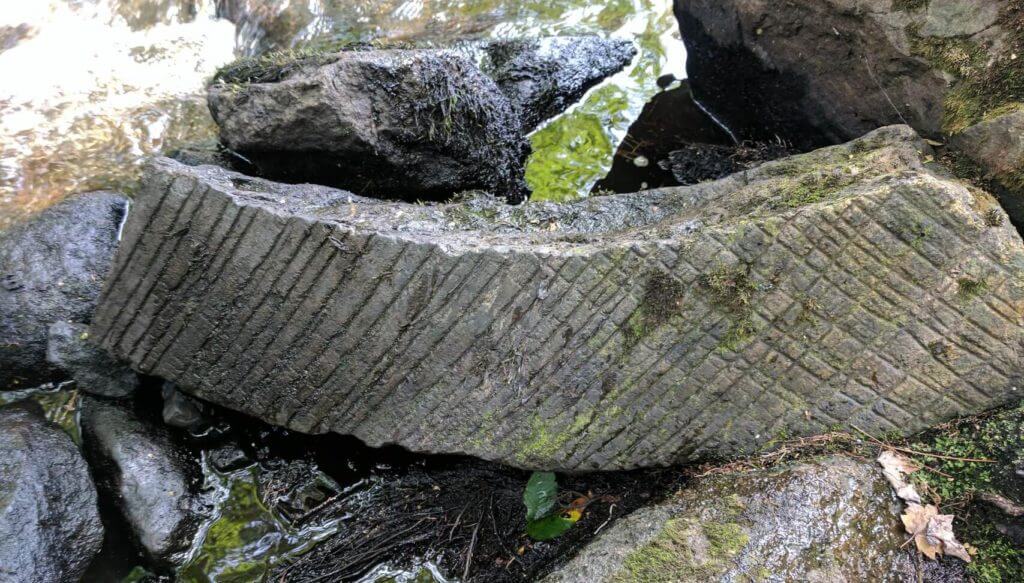 When we first started exploring the possibility of removing a small dam on Pine Tree Brook, we didn’t know anything about its history. The mystery of the origin of this small earthen dam, located on the edge of Blue Hills Reservation, piqued the curiosity of a Milton historian, Robert Mussey. Robert, a long time NepRWA member, took it upon himself to research the site and piece together its history. The story he uncovered was much older and more interesting than we had first expected.

Thomas Harling was a well known mill wright, who constructed several mills including a powder mill in Stoughton that provided gun powder to the American revolutionary army.

It turns out, the dam was owned and likely built by Thomas Harling starting in 1782 and it powered a saw mill and later a grist mill. In fact, old mill stone fragments can still be found scattered around what’s left of the dam. Robert’s detailed analysis of old deeds shows how the property changed hands several times over the next 100 years or so until it was ultimately absorbed into the Blue Hills Reservation by the Metropolitan District Council (now known as the Department of Conservation and Recreation DCR). 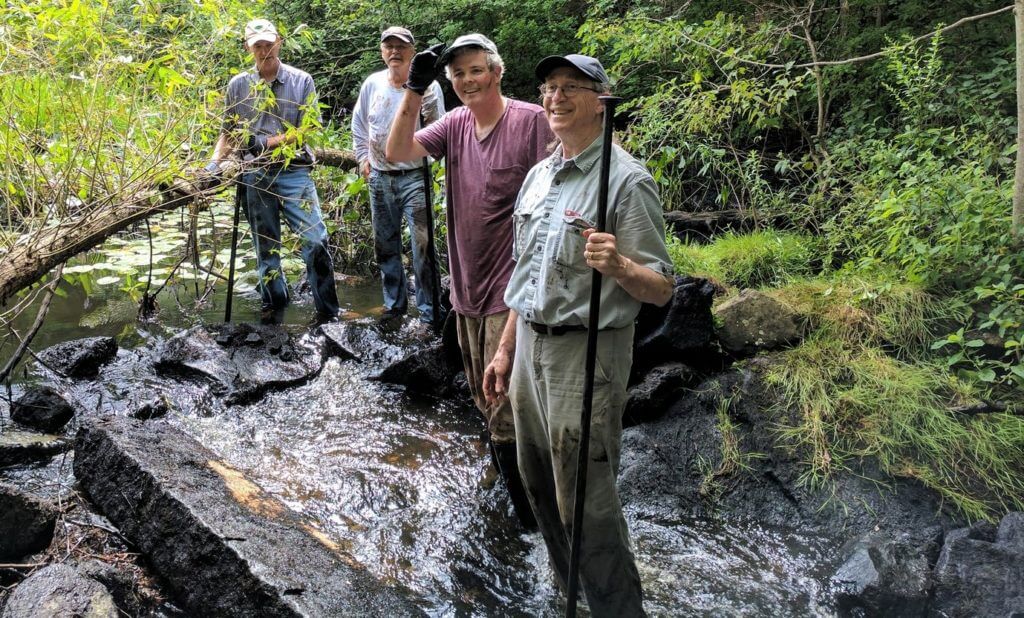 After learning the rich history of the site, we knew that our original plan to completely demolish the dam wasn’t appropriate. We began working with students from Wentworth Institute of Technology and a team of consultants, archaeologists, and ecologists to develop alternative plans that would accomplish our goal of restoring fish passage, while being respectful of the history of the site.

The plan that we ultimately chose relied on a team of volunteers removing stones from the breached section of the dam by hand, under the supervision of two archaeologists and an ecologist from DCR. Restoring fish passage under this plan avoided clearing and compacting the area to make way for heavy machinery, left most of the structure intact, and allowed the archaeologists to evaluate all of the stones we removed for any sort of historical significance.

Part of permitting the project required documenting the site with the Massachusetts Historic Commission. To do this we had to create an official historic record of the site describing the historical significance of the site, what features are currently found on site, and records of the alterations we made. We hired Barbara Donohue, an industrial archaeologist, to review Robert’s report and conduct her own historical research, evaluate and document the site, and to submit a formal filing with the state.

Barbara confirmed many of Robert’s findings. She also added that the dam that currently exists is likely not the original dam built by Thomas Harling, but one that was re-built some time later. Barbara cites records of several catastrophic flash floods occurring along Pine Tree Brook that would have destroyed any dams in their path.  We are very grateful to Robert and Barbara for their hard work documenting an important piece of Milton’s history that would have otherwise been lost to time.