In an unexpected move, the Trump Administration’s campaign to push back against environmental protections came home to roost in the Neponset Valley on June 30, as the New England office of the Environmental Protection Agency (EPA) moved to postpone the effective date of a critical new municipal stormwater permit, just one day before it was set to take effect. 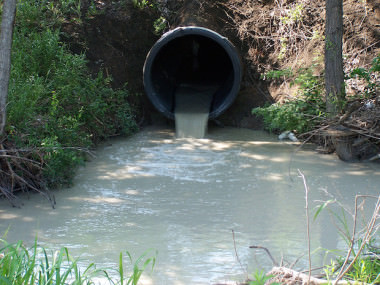 After decades of progress in cleaning up water pollution in the Neponset, stormwater runoff remains the River’s biggest challenge. Privately and municipally owned stormwater pipes bring oil, fertilizers, pet waste and other pollutants that wash off parking lots and “impervious” areas directly to the nearest stream, usually with little or no treatment. Over time older stormwater pipes often sprout cross connections with sewer lines and thus bring sewage to the river as well.

Working with municipalities on stormwater has been a major focus of the Neponset River Watershed Association’s (NepRWA’s) work for the last decade or more.

A Stormwater Permit Eight Years in the Making

After eight years of debate, the updated EPA stormwater permit became final in the spring of 2016, but to give municipalities ample lead time, it was set to take effect on July 1, 2017. In the fall of 2016, several groups appealed the permit, lead by a national group known as the Coalition for Regulatory Reasonableness, along with several Massachusetts municipalities. An appeal was also filed by the Conservation Law Foundation and Charles River Watershed Association, who argued that the permit was too weak.

The parties appealing the permit have been free to ask a federal judge to postpone the permit anytime in the last eight months, but chose not to ask, perhaps because federal law requires them to convince a judge that they have a high likelihood of eventually winning their appeal. Instead of making that case, they instead turned to the Trump Administration, who administratively postponed the new permit for one year on the day before it was to take effect.

Opportunity to Lead Not Taken

Since then, the Mass Department of Environmental Protection (MassDEP), which oversees the stormwater permit for the state, had been weighing its options, and much to our disappointment, has announced that they intend to follow the Trump Administration’s lead and postpone the Mass permit as well. At the time of the announcement, it wasn’t clear what legal mechanism MassDEP would use to implement the postponement under state law.

The Baker Administration’s failure to lead on this issue is especially disheartening in light of their efforts to take over primary responsibility for water pollution permitting from the EPA, a move objected to by conservation groups, including NepRWA, over fears that MassDEP will be more subject to political influence in its permitting decisions and less reliant on scientific data than has traditionally been the case for EPA. 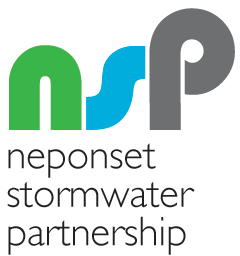 Local Communities Were Ready to Lead

In the Neponset Watershed, postponing the permit throws sand in the gears of a process that was well underway, as most of our communities have been preparing for the new permit for several years now. Many of them were already well ahead of schedule on the new requirements and were actively gearing up to increase pollution reduction efforts this fall.

While the rules are lengthy, they boil down to a number of fairly modest, common sense requirements: that communities begin educating the public about the problem of stormwater, that they inspect their drain systems for sewage cross-connections over the next 10 years and develop plans to repair any problems found, that they do a better job of requiring developers to reduce pollutants discharged from private development and redevelopment sites, and that they adopt more rigorous programs to perform basic cleaning and maintenance on town roads and catch basins.