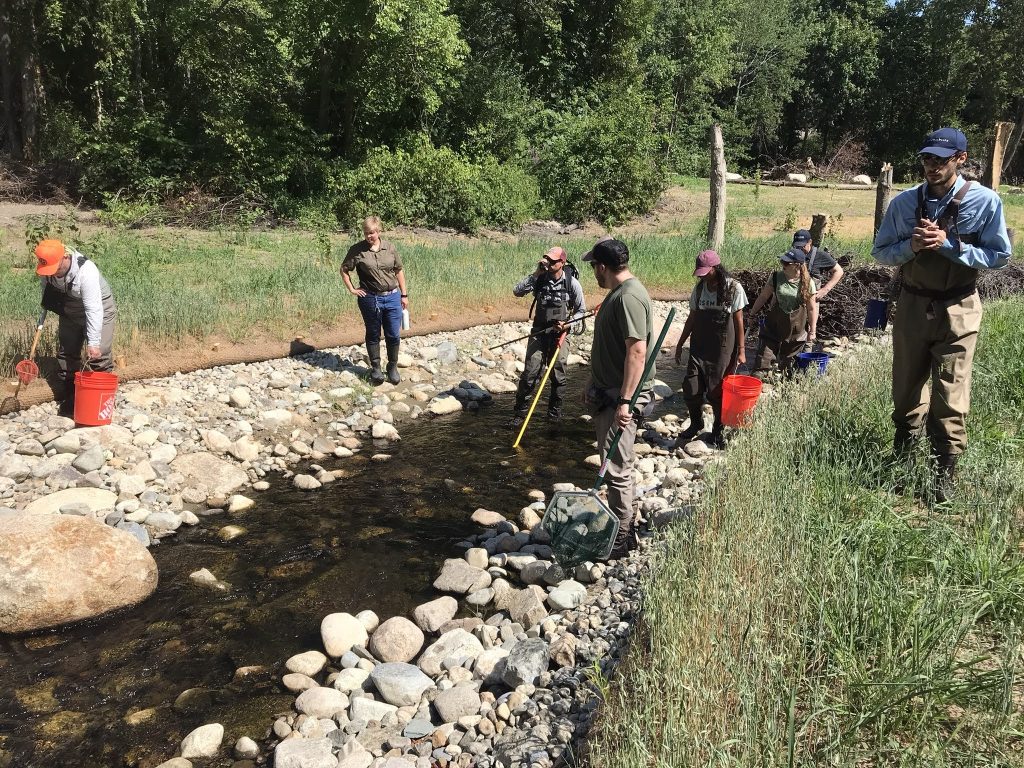 On August 8, 2022, NepRWA staff, volunteers, and members from the MA Division of Fisheries and Wildlife (MassWildlife) conducted a fish survey on the recently restored Traphole Brook in Norwood, near the former Mill Pond Dam site at Pezwick Park. The survey was done below and above the restored brook, and at the restoration site.

(The Mill Pond Dam was removed in February 2022 in order to improve the area’s climate resilience and reduce the risk of extreme flooding. Rebuilding the stream channel and revegetating the banks created a more hospitable site for resident Brook Trout populations, by allowing for increased migration and keeping the water colder. Read more about the project here.) 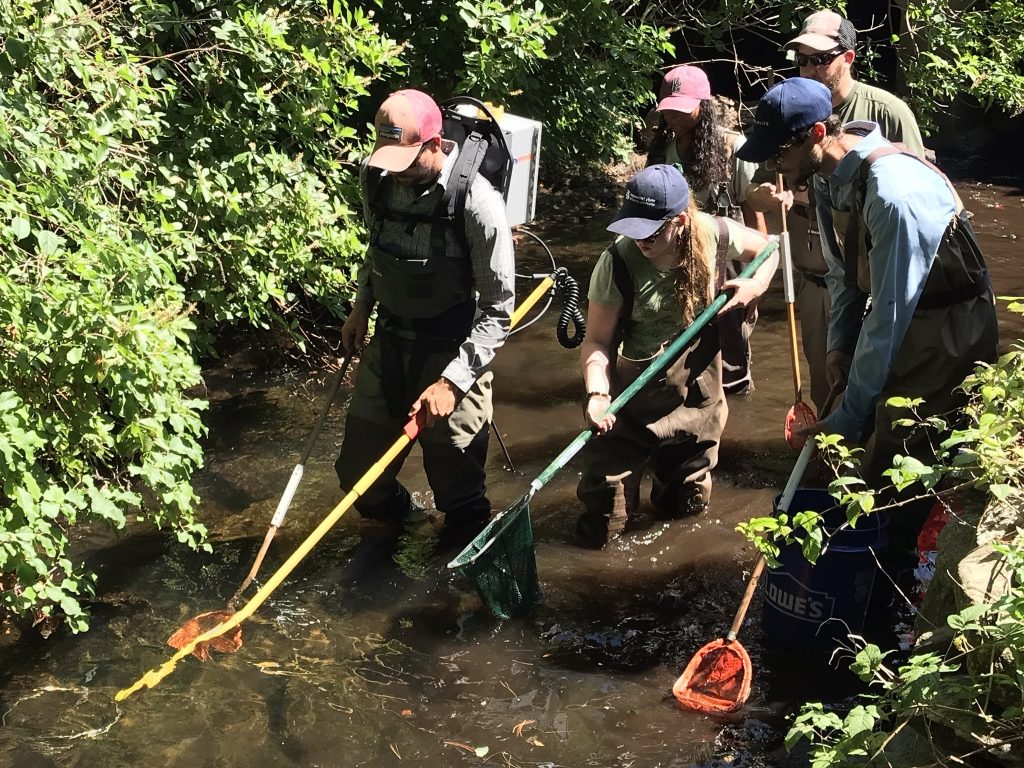 Despite being only a few months old, the new channel through Pezwick Park was already found to be home to some Brook Trout, and over a 3-hour period, the group found 5 species of fish, including several large eels. Most of the Suckers and Brook Trout were on the smaller end (2-4 inches) and there was one big Brook Trout (roughly 10 inches, in the upstream section). 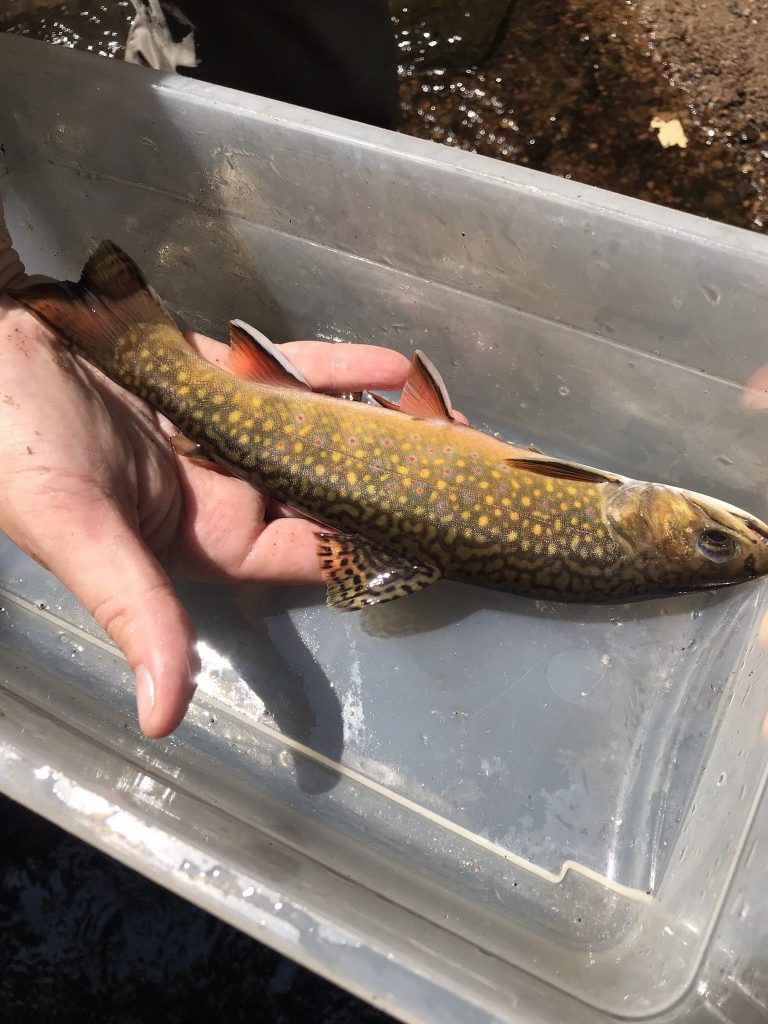 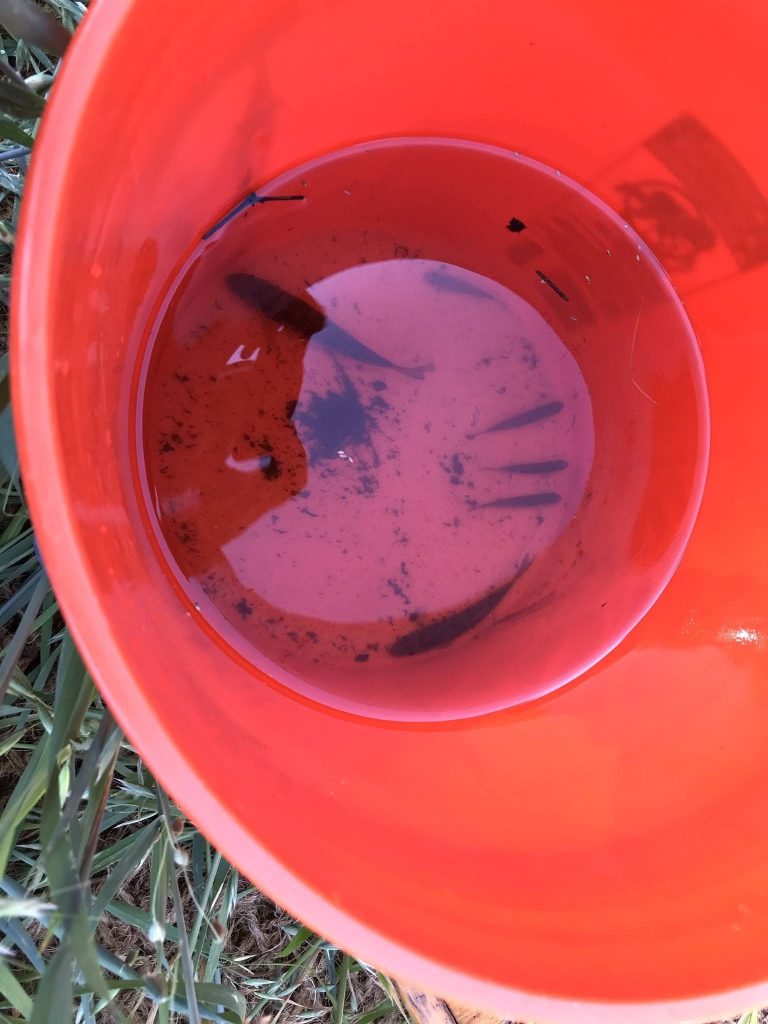 The results of the survey were more positive than expected given that the current drought and high temperatures have pushed Traphole Brook above the temperature which is most hospitable to Brook Trout and other cold-water species.

At the end of the day, we were happy with our findings and look forward to seeing more trout in this section of the Brook for many years to come. 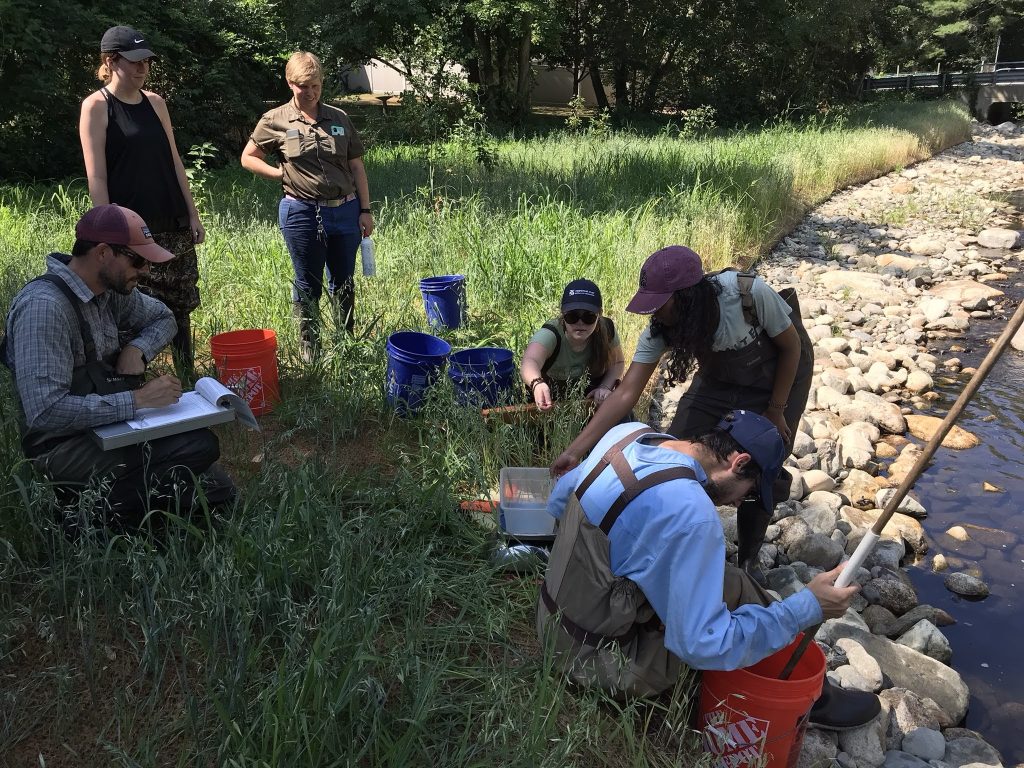 Thank you to the many folks who helped NepRWA staff with the fish survey: Chris Hirsch from the MA Division of Ecological Restoration; Town of Norwood Conservation Agent, Holly Jones, and intern, Olivia; Mike Yeomans from Greater Boston Trout Unlimited; Jeff Moore from the MA Chapter Native Fish Coalition; and Adam Kautza from the MA Division of Fisheries and Wildlife.