Dumping of pet waste bags down a neighborhood storm drain causes an expensive problem for Canton. 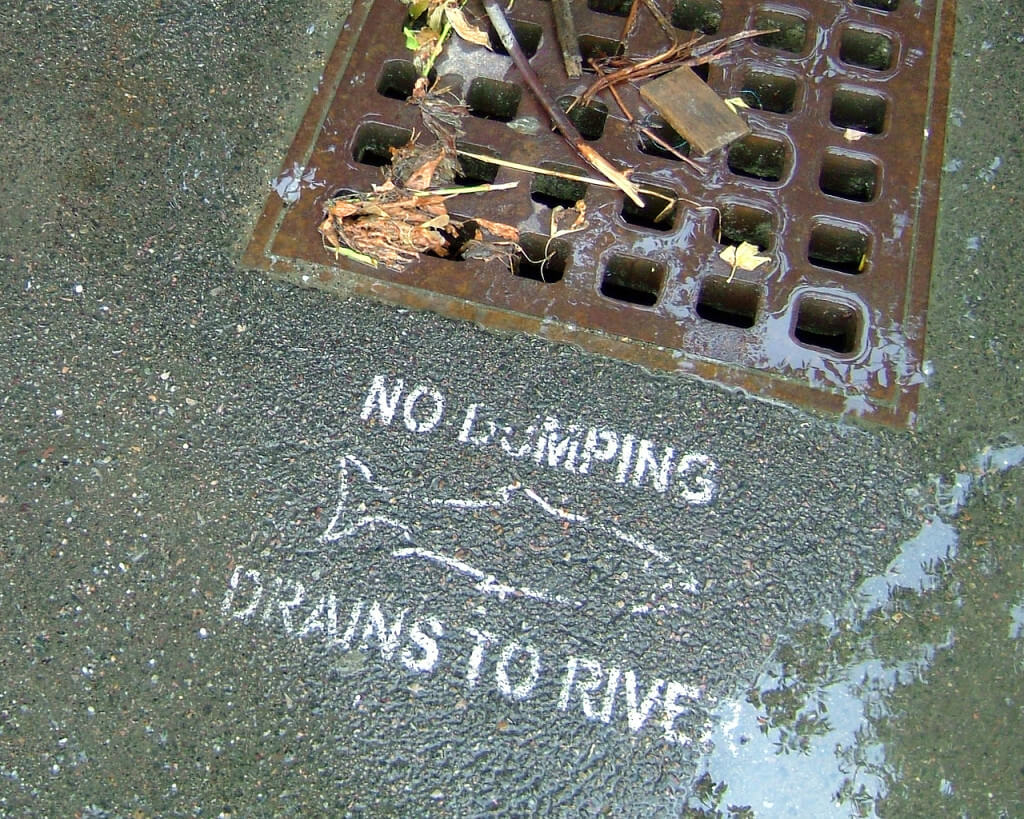 Everything that’s controversial seems to end in “gate” these days. Now we have “poopgate” in Canton.  In case you haven’t heard, “poopgate” is about how a neighborhood in Canton flooded because 3,600′ of storm drain was clogged by plastic bags of dog poop.  And while that’s disgusting, it was also expensive, and cost the town close to $9,000.  As the author of the original story, I thought I’d share what I know…

I first heard about the street flooding problem from Canton DPW Superintendent, Mike Trotta, as we were wrapping up a meeting of the Neponset Stormwater Partnership. After he relayed this unbelievable story, I suggested that we publicize it, and offered to write it up for him.

About a week later, I sent a press release to the Canton Citizen, thinking that I would be happy if they would even take notice of it. The next day I got a call from the editor, Jay Turner, who told me that he was going to run the story on the front page of the paper. I was elated because it’s rare to get that kind of coverage, and I thought perhaps the townspeople of Canton would learn something from it. The afternoon that the paper came out, FOX25 News picked it up and decided to do a segment on it, complete with an interview of Mike. After the Fox News segment aired, the story spread quickly, and was also carried by:

I could never have predicted that the story of a clogged storm drain would have caused so much attention, but I’m glad that it did. Hopefully, a lot more people now know how storm drains work.

First and foremost, storm drains are not trash cans. They are in place to convey water off of the roads and into local waterways. Unfortunately, it’s not only water that makes its way into our streams and ponds. Pollutants like oil, gasoline, ice melt, fertilizers, pesticides, dog waste, etc. also flow from roads into storm drains and into local water bodies. And most of this “stormwater” is untreated.

One response to “The Story Behind “Poopgate””