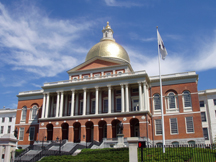 The Massachusetts Legislature has now spoken on annual funding for environmental protection, and it’s not a pretty picture. Despite Hurricane Sandy, the disappearing Antarctic glaciers, and dramatic new evidence of global warming (as well as Massachusetts homes falling into the ocean as the shoreline recedes and rivers drying up in the summer because we’re not doing enough to conserve), our elected representatives seem to be in no hurry to take action.

Fifteen years ago, about 1% of the Massachusetts State Budget was dedicated to the environment, a reasonable figure for the time. The state Senate’s new budget bill, which was passed just before the Memorial Day Weekend, cuts that percentage to 0.58%, pitiably inadequate for today’s challenges.  The Budget bill that passed the House of Representatives a few weeks earlier contains only 0.13% more than the Senate’s, an insignificant difference.

Even compared to six years ago, funding to protect our environment has decreased by 31% (although this year’s environmental budget is marginally better than last year’s). Where is the urgency?

Environmental advocates lobbied the Senate last week and we were successful in getting it to adopt some small improvements: $600,000 extra for control of aquatic invasive species, $100,000 more for Stormwater Management on state-owned land, and probably most significantly, passage of an improved “Bottle Bill,” which for the first time would extend the nickel deposit to bottled water, juices, and sports drinks, which account for more than a third of all beverages sold in Massachusetts. The final fate of the Bottle Bill, however, is now up to a conference committee of six lawmakers from the House and Senate and there’s no assurance that it will pass.

So another year will be wasted without ramping up our response to environmental threats that are already visible to all of us. But as they say, maybe next year. All the candidates for Governor in this year’s election, including Republicans, say they support restoring environmental spending to 1% of the budget? But will they really work for it? And will the Legislature go along? That may depend on how active we are in getting their attention.