It is with great sadness that we note the untimely passing of our friend, Barbara Baxter of Hyde Park. 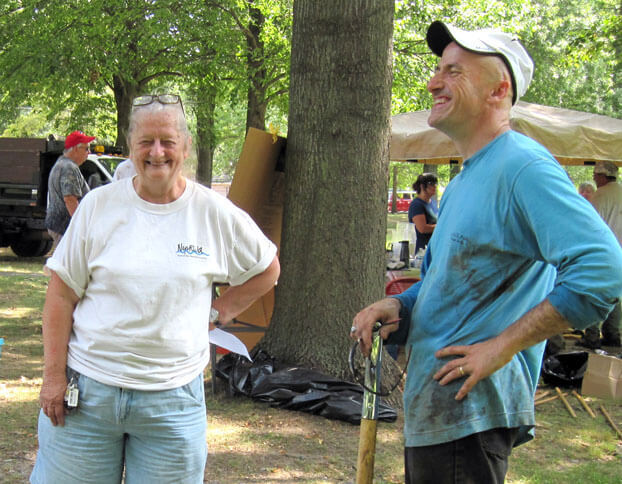 The Neponset River has lost one of its great “connectors.”

It is with great sadness that we note the untimely passing of Barbara Baxter of Hyde Park. Barbara was a lifelong Hyde Park resident who seemed to be actively involved as a volunteer with everything happening in her community.

That included working closely with NepRWA over the years as a key organizer of the Hyde Park Neponset River Cleanup. On the cleanup, Barbara did everything from helping to figure out what needed cleaning, contacting landowners to gain access to the river, posting fliers, getting local businesses to donate tools and supplies, drumming up volunteers and talking up the event at the many community meetings she faithfully attended each month.

A perfect example of the care she lavished on her fellow volunteers was the way she not only solicited donations of snacks for the cleanup volunteers, but worked with friends to bag them up the night before, and then passed them out at the registration table on cleanup day at 8 AM.

Barbara was also NepRWA’s eyes and ears in Hyde Park. She helped us identify areas where people were catching and eating PCB contaminated fish, advocated for fish consumption signage, and was a key leader when we submitted a “PIP” or Public Involvement Petition to MassDEP to ensure that the community could have greater involvement in overseeing the cleanup of the contaminated Lewis Chemical site that abuts the river in Hyde Park.

Barbara seemed to know everyone in Hyde Park and sometimes everything they were doing. She was an indispensable advocate for the Neponset and for her community, and she enabled NepRWA be involved and effective in her community.

We are extremely lucky to have had her friendship and her help for so many years, and the Hyde Park community will continue to benefit from her hard work, her many lasting accomplishments along the river and her vision of a Neponset River that will be clean, beautiful, and accessible to all of her neighbors. She will be very sorely missed.