The Joseph H. Gibbons Elementary School in Stoughton is slated to receive a major green infrastructure upgrade thanks to a partnership between the Stoughton Engineering Department, the Neponset River Watershed Association (NepRWA), and MassDEP.

Two bioretention basins, an infiltration basin and and underground infiltration chamber, designed to collect and filter polluted stormwater runoff from the school’s parking lots, will be built beginning in the fall 2017.

Infiltration and bioretention basins are like scaled-up versions of a rain garden that you might build in your front yard. However, there are some key differences between home rain gardens and the basins that will be built at the Gibbon’s school. 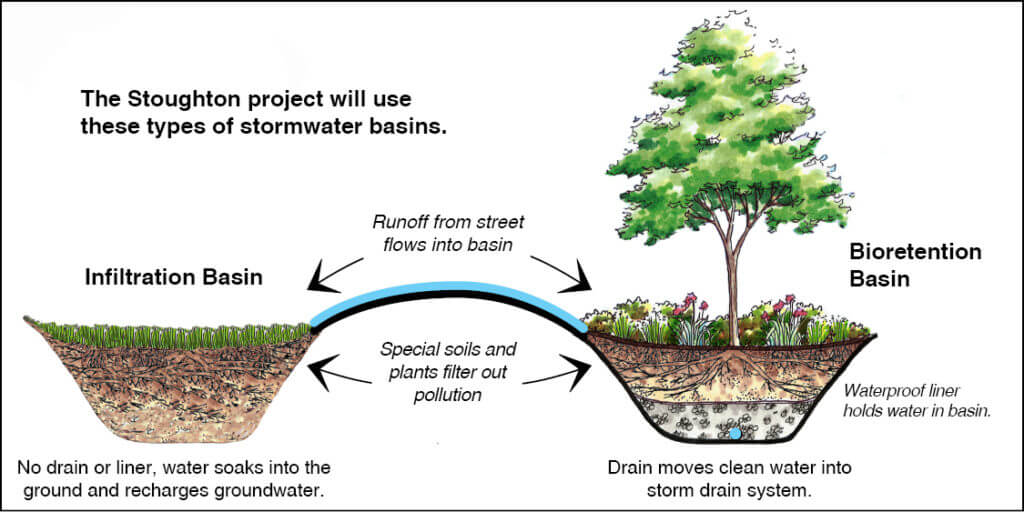 Increasingly, Stoughton and other communities in Eastern Massachusetts, are being required to reduce the amount of polluted runoff or “stormwater” that they discharge to local waterways.

“Stormwater runoff is a major source of water pollution in Stoughton,” said Ian Cooke, NepRWA’s Executive Director. “Every time it rains, stormwater washes all of the stuff that has accumulated on the streets into the nearest river or pond.  Stormwater basins, like the ones being built at the Gibbons School, are a great way to clean-up that pollution before it becomes a problem.”

In addition to removing pollution, the new bio-retention basins are designed to beautify the school’s grounds and provide hands-on educational opportunity for the students.

The project is being designed by the staff at the Stoughton Engineering Department, and the Neponset Watershed Association will carry out a local public education program, including working with students at the school. 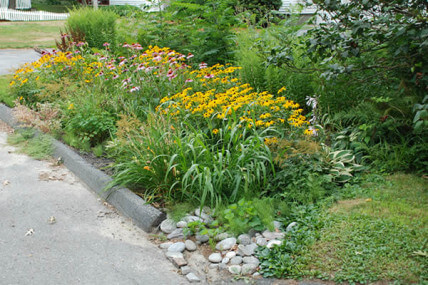 Example of a rain garden.

Marc Tisdelle, Stoughton Town Engineer said, “Our first priority when designing the basins is that they are safe for the students, and we also want them to be attractive and functional. A lot of thought went into making sure the basins will meet all of those goals.” The project will be completed by June 2018.