Thank you to everyone who contacted their state senators and reps, and supported the funding of our environmental agencies.

In the final formal sessions of the 2015-16 legislative session, the legislature overwhelmingly overrode the Governor’s line item vetoes of funding for DEP, DCR, the Trailside Museum and the Blue Hills Observatory.

Thank you for everyone who called and wrote to let their Neponset Valley legislators know how important these programs are, and to our legislators themselves for standing up for the environment.

This is good news for our parks and environmental protection regulators in our state, but its only a partial victory, as the final budget still represents an 5% cut over last year, coming on the heels of 30% cuts over the last decade (read the original post below for a more thorough explanation of the admittedly confusing sequence of cuts that have been impacting our environmental agencies).

We look forward to working with all of you during next year’s state budget process to restore funding for our environmental agencies to more sustainable levels!

The Massachusetts House and Senate finalized their budget for the state fiscal year that began July 1. While the House and Senate did include some modest amendments to the Governor’s original budget proposal, the result overall represented a 5% cut for environmental agencies over their operating budget funding levels last fiscal year.

What makes this cut such a challenge is that it comes on the heels of a 30% cut in funding to most environmental agencies and a corresponding 30% reducing in staffing over the last decades. We have seen the impact of this first hand, as parks deteriorate, hazardous waste sites cease to be inspected, and the state’s water quality obligations go unmet.

Cuts on Top of Cuts 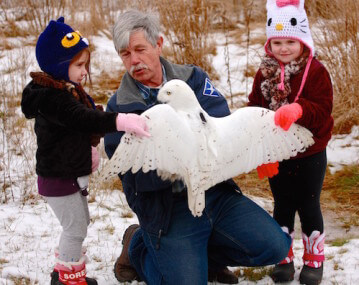 Last week the House and Senate sent their budget to Governor Baker for his signature, and he sent back an extensive list of line item vetoes. For the environmental agencies, the list of additional cuts submitted by Governor Baker amounts to an additional $10 million.

This includes a $1.5 million cut for MassDEP, as well as a hit of more than $5 million for state parks.

Included on the list of proposed cuts are several local institutions including the Blue Hills Trailside Museum, as well as the Blue Hills Observatory, along with funds for climate change adaptation, and our partners at the Division of Ecological Restoration who continue to do incredible work to try to clean up PCB contamination on the Neponset and restore our historic herring and shad runs.

Speak up for Our Environment

Next week, the Legislature will reconvene and decide whether or not to override the line item vetoes proposed by the Governor. Please take a moment this week to let your State Senator and State Representative know, that a 5% cut is enough for the environmental agencies, they simply can’t tolerate another $10 million on top of that.

The impact of state environmental budget cuts has seen the deterioration of our parks, hazardous waste sites that cease to be inspected, and water quality obligations unmet.

Please take a moment to call and/or email your State Representative and State Senator this week and ask them to override the Governor’s proposed line item vetoes for the environmental agencies. The message is simple: a 30% cut for our environment over the last decade is enough!