Water testing with a macro lens reveals interesting subjects for our staff photographer. 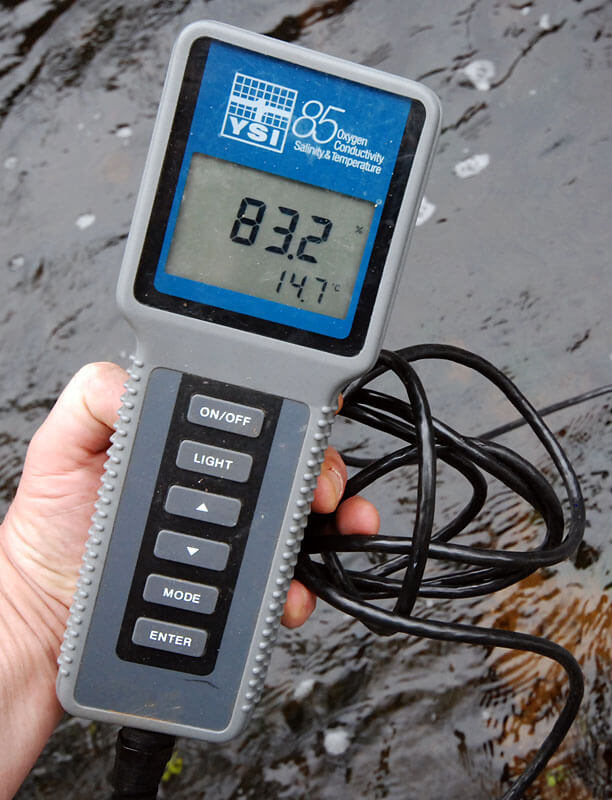 I always bring my camera bag. Taking photos is something I do all the time, and frequently I see something that seems to me worth recording–in fact, if I don’t see something I want to photo, I’ll start looking until I do.

When I got a macro lens a few years ago I discovered there were a lot more pictures out there–namely, small things that the camera was better equipped to see than I was.  Bugs, for instance–bugs that didn’t look like much at arm’s length, but became remarkably peculiar close up. If you are standing in the shallows waiting for your meter to settle, chances are there will be a bug nearby, and that bug is a data point just like the number on the meter screen–it says something about the immediate environment.

One thing I’ve noticed is that my testing sites can be rich in bug life in spite of their highly developed surroundings.  Here, for instance, is my site on Mother Brook in Hyde Park, at the Reservation Road bridge, not far above the confluence with the mainstem. Not much green visible from the air–mostly pavement and rooftops. Most of the trees, in fact are lining the waterways:

Here’s the view under the bridge, looking north and downstream. The water is flat under the span, but breaks into a nice little riffle just beyond. Granted, you have to do a little fence-climbing to get here, and maybe breathe some exhaust from the adjacent construction yard. 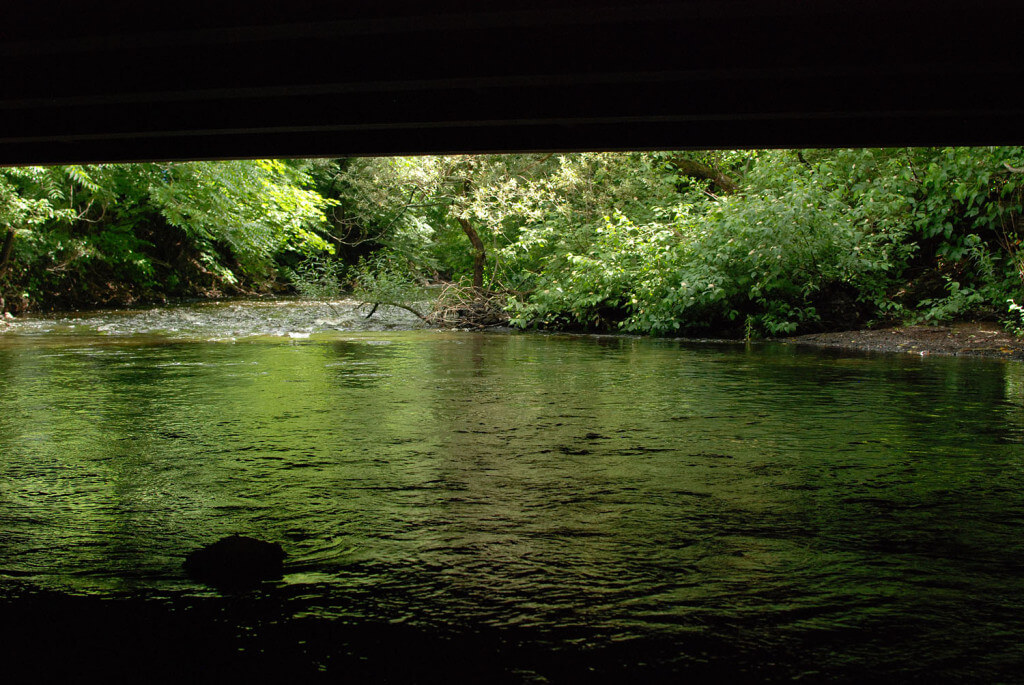 If you duck under and look up in early summer, you will see a sparse constellation of furry black dots suspended between the girders. These are bridge spiders, Larinioides sclopetarius. They’re hard to see unless you straighten up a little, but you don’t want straighten up too far: 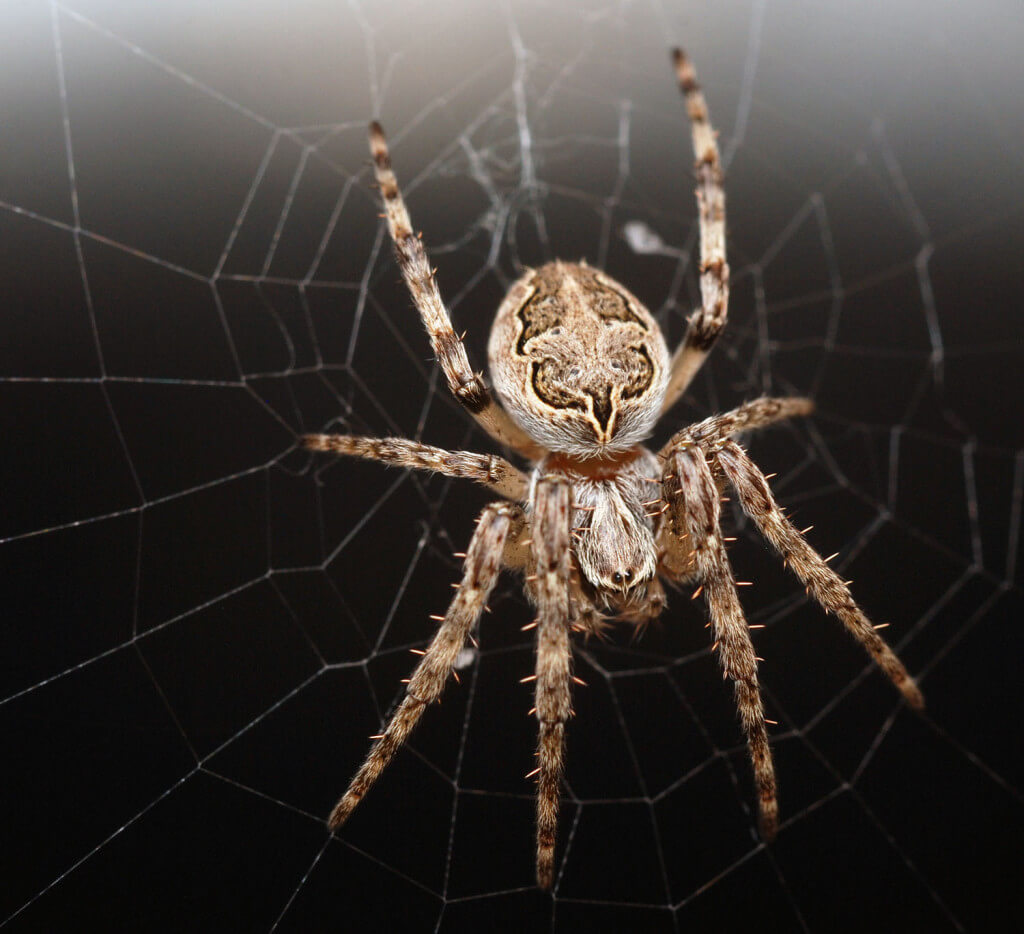 But where there are spiders, there are spider hunters as well. This is a long-jawed orb weaver, Tetragnatha. Note the whitish grub curled around its front end. This is the larva of a parasitic wasp, Polysphincta, which will feed on the spider and eventually kill it. Its mother evidently flew under the bridge, found the spider, and laid an egg on it. 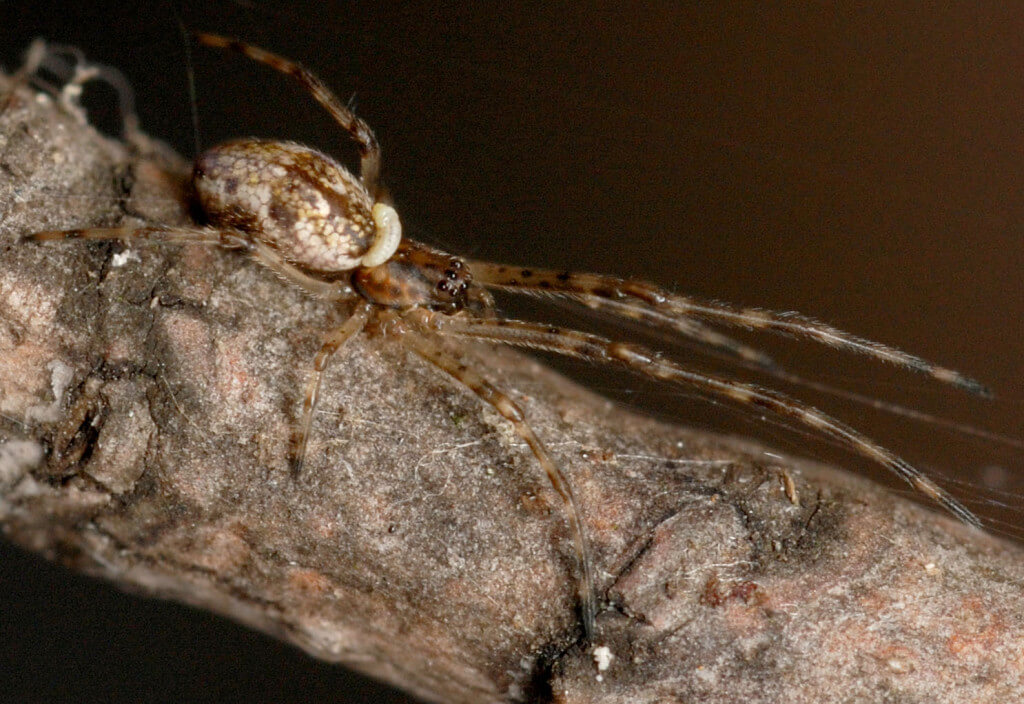 But not all the monsters are scary.  Here’s a mayfly resting on a Norway maple leaf above the water. It has no jaws because adults do not feed. Juvenile mayflies are aquatic and require reasonably well-oxygenated water to breathe. This one is called a light cahill, Stenacron interpunctatum. I’m glad Mother Brook is clean enough to have some: 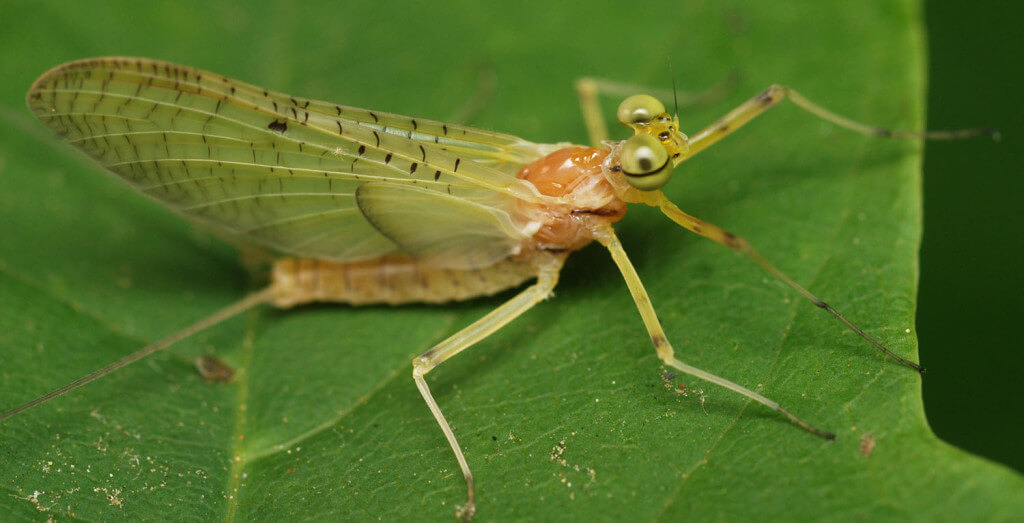 Towards the end of June the catalpas and ailanthuses on the filled bank drop their flowers. Note the small dark buggy-looking items in the water beside them: 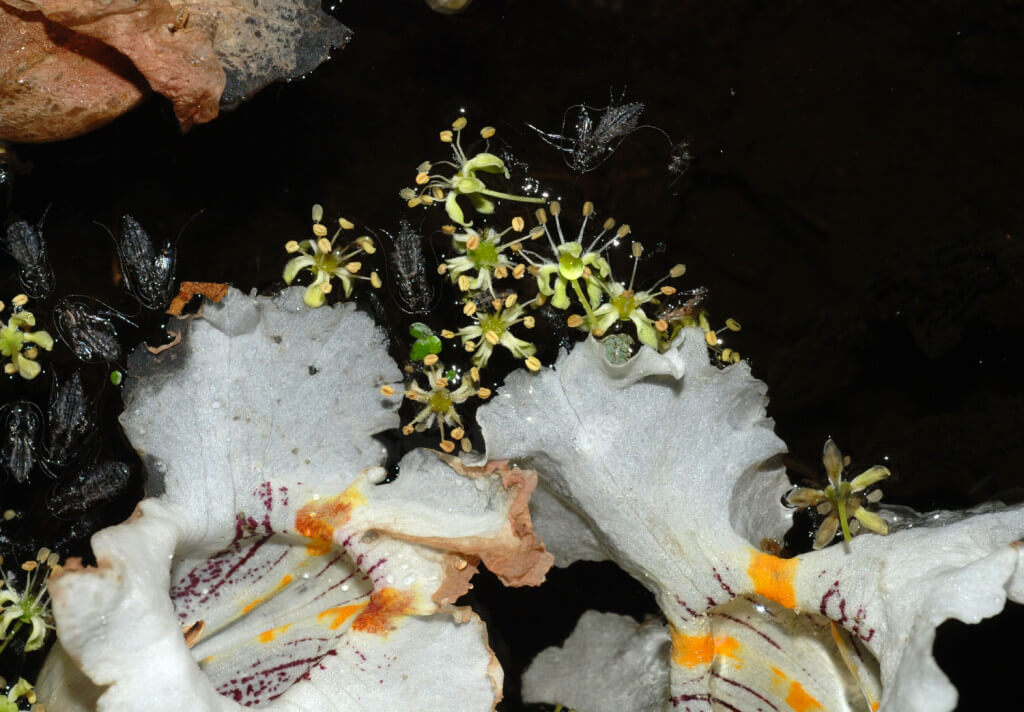 Here they are again, highlighted via the invert filter in Photoshop. These are empty caddisfly skins, called shucks by fishermen, that the water-dwelling larvae leave behind when they molt and fly away: 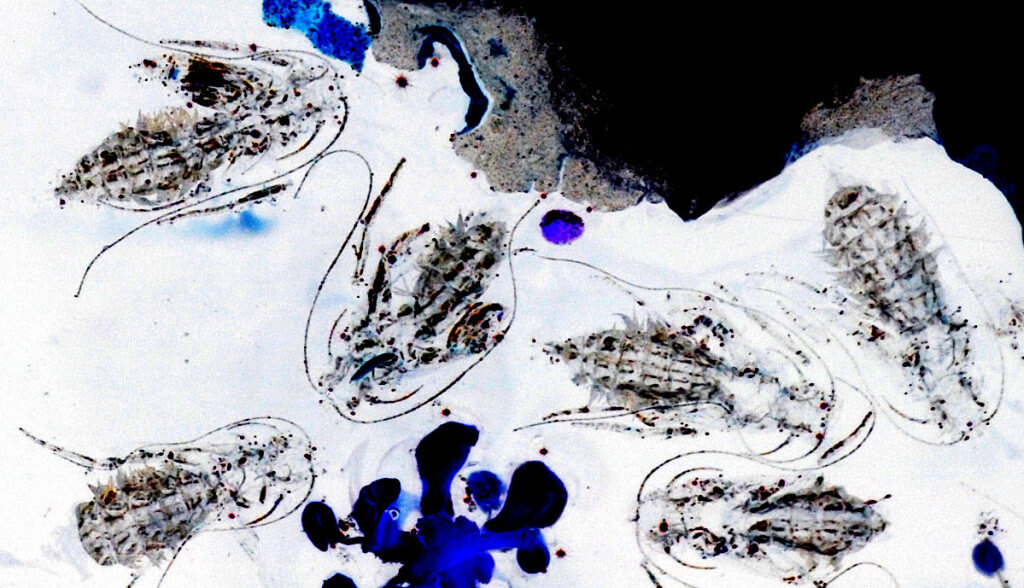 I admit that I haven’t seen any bald eagles or river otters on Mother Brook. But I feel as if I’ve seen plenty.