All the dead trees you could ever want

Here is NepRWA’s Chris Hirsch venturing into Walpole’s Cedar Swamp, which was formerly wooded but is now a marsh. 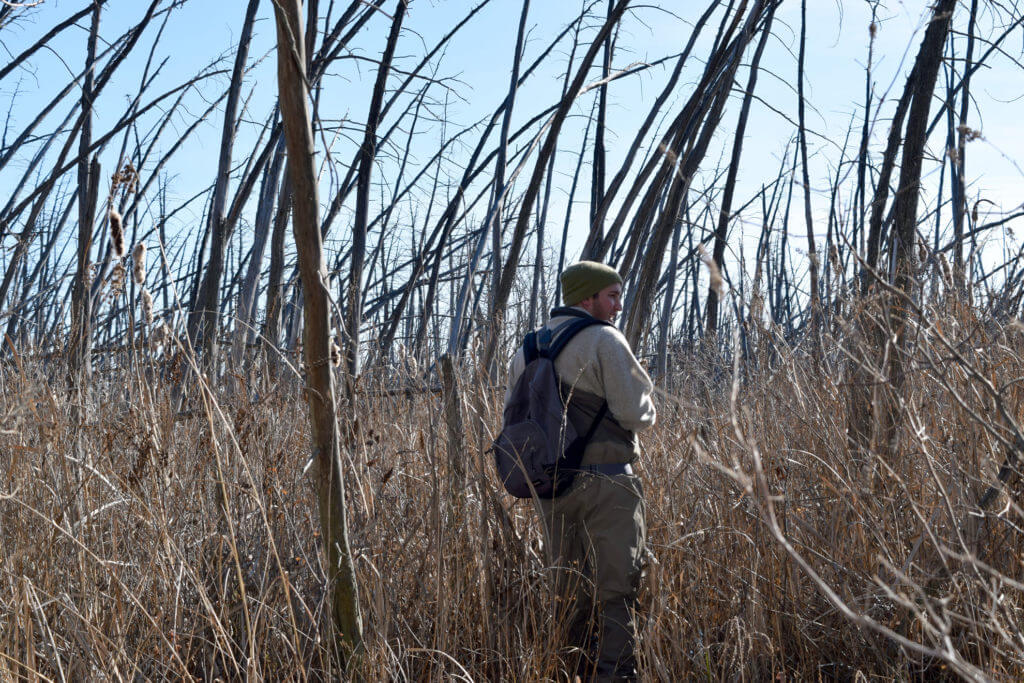 The Swamp, which is about a mile and a half north of Gillette Stadium and is bisected by Rt 1A in South Walpole, once supported a thousand acres or more of Atlantic white cedar, a valuable timber tree that grows exclusively in wetlands. Many of Walpole’s first settlers moved there in order to cut and sell lumber from the Swamp. The wood is famously durable for shingles and framing. Even logs that had been submerged for decades remained valuable, since they deteriorated so little underwater.

The Swamp survived centuries of timbering, with new forests replacing those that were cut. But today the cedars are mostly gone. Here you can see where the most extensive stands once stood. They are still standing, in fact–killed in place.

Here’s a recent aerial showing the portion of the Swamp north of Rt 1A–about 200 acres. The blue-green carpet is reedgrass, or phragmites. The red arrow points to a tiny patch of young cedars. They are the last. Thousands of standing snags give the central area its gray-brown tone. 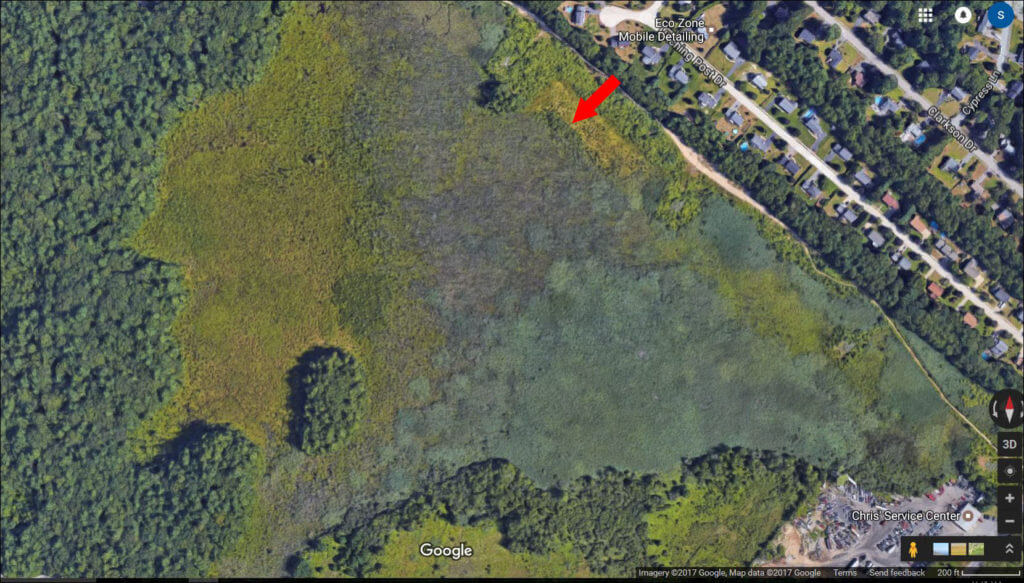 These trees died en masse starting in about 1980, following two decades of wetland filling along Rt 1A. The aerial photos below chart the course of this filling. The first, from 1957, show the portion of the swamp north of 1A with a single filled area at right, reportedly once a Packard dealership. 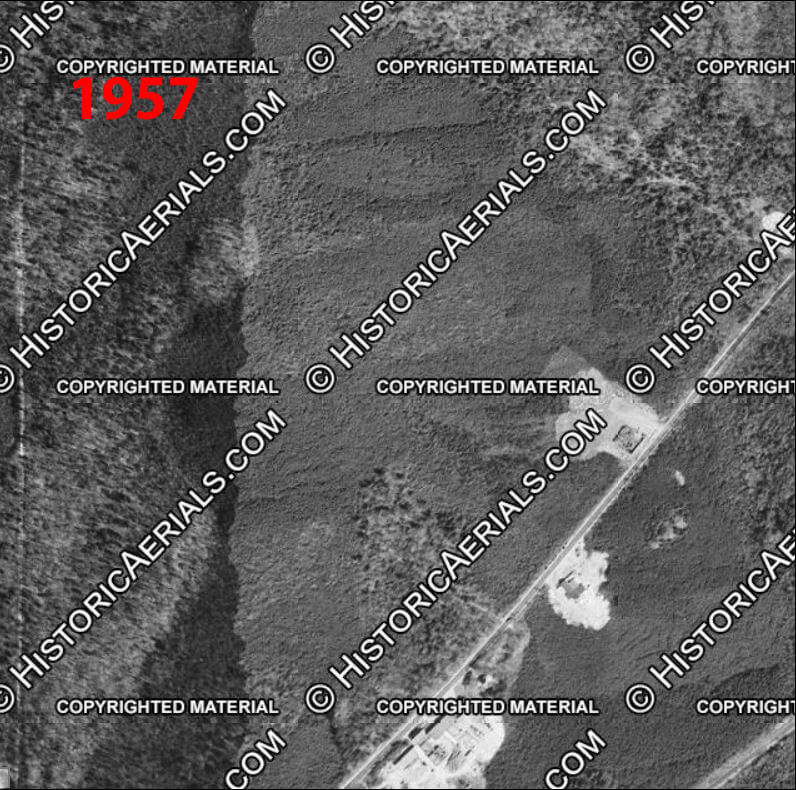 By 1961 the filled area is somewhat expanded, with a new road branching off south of it across 1A: 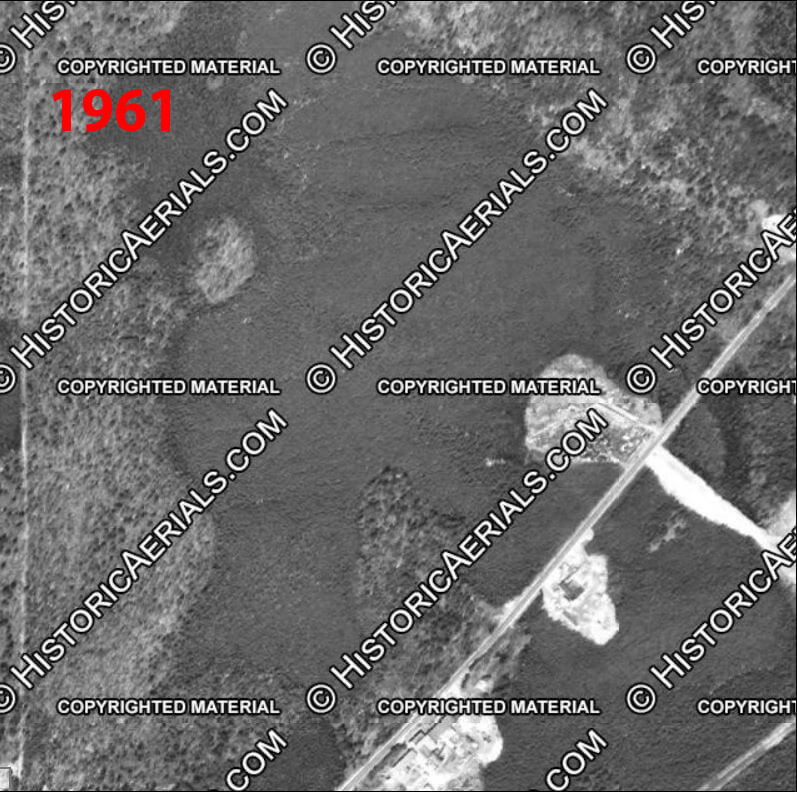 By 1967 the fill is blooming to the west, and has nearly reached the upland finger reaching north from 1A: 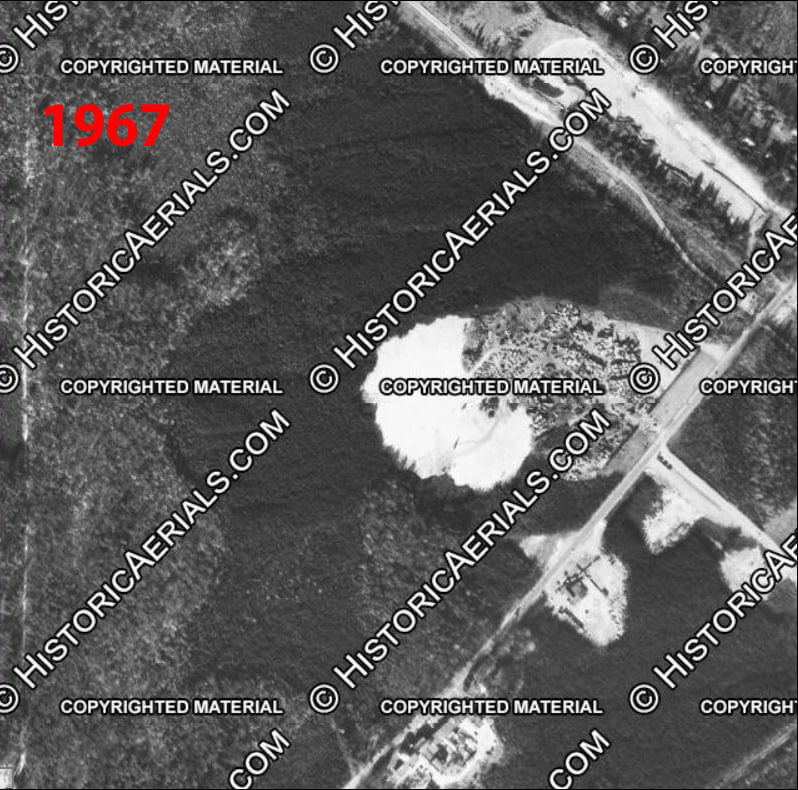 Between 1967 and 1978 the filling exploded westward, covering about half of the swamp north of the road. It looks like it is being used as a disposal area. Note, however that the cedar forest to the north is still intact. 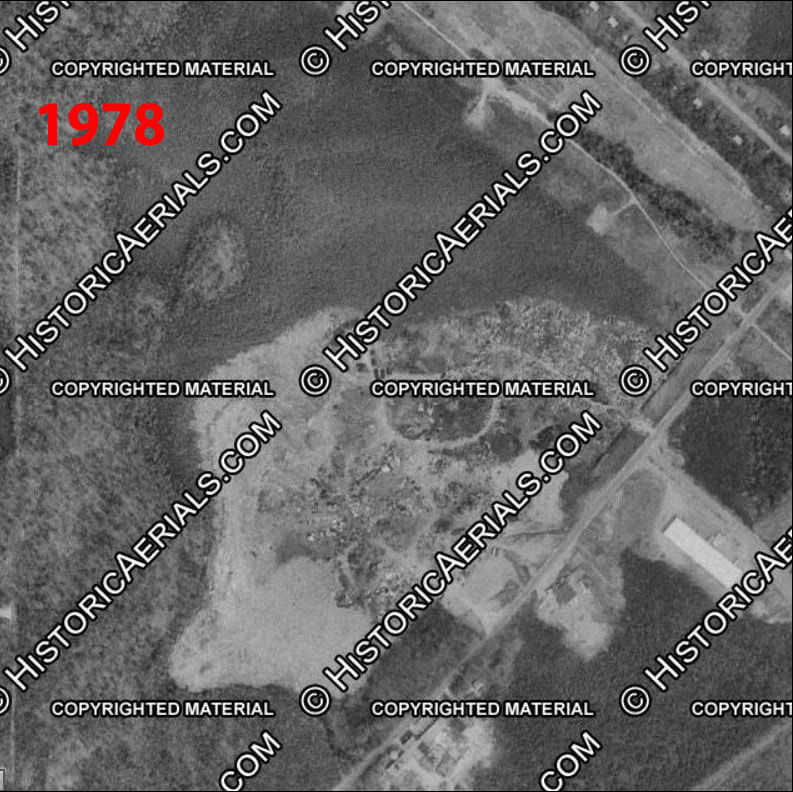 In 1995, 17 years later, it looks as though a junkyard has appeared atop the fill, and something is happening to the cedars–they are being replaced lighter-colored phragmites, here visible in rounded patches spreading north from the fill edge. Phragmites can’t grow in the shade of cedars. Evidently something is moving out from the fill and killing the cedars at it goes. 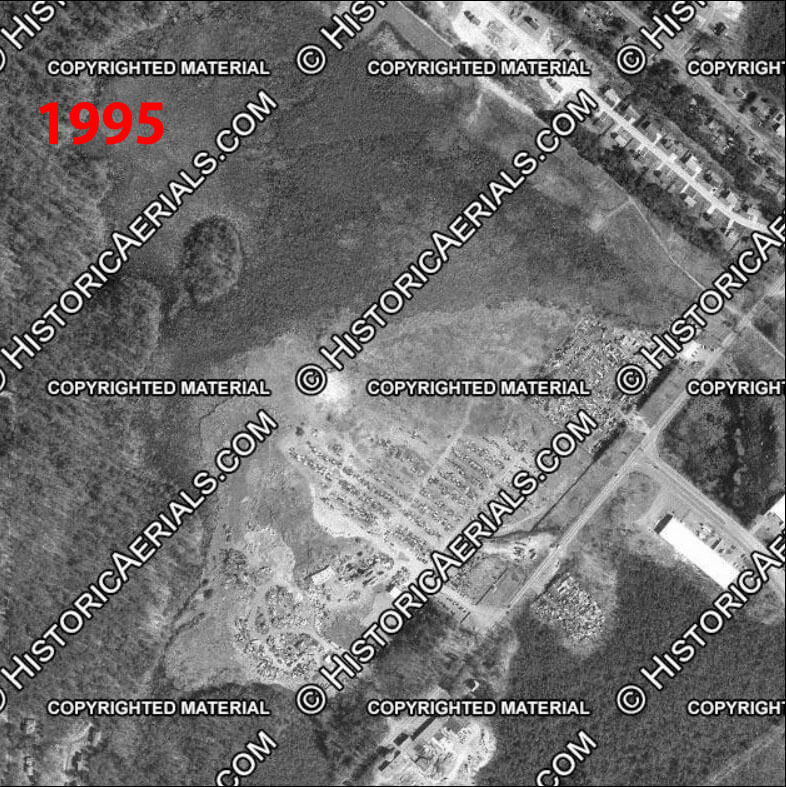 By 2013 all the cedars are dead with the exception of the tiny new stand indicated by the red arrow: 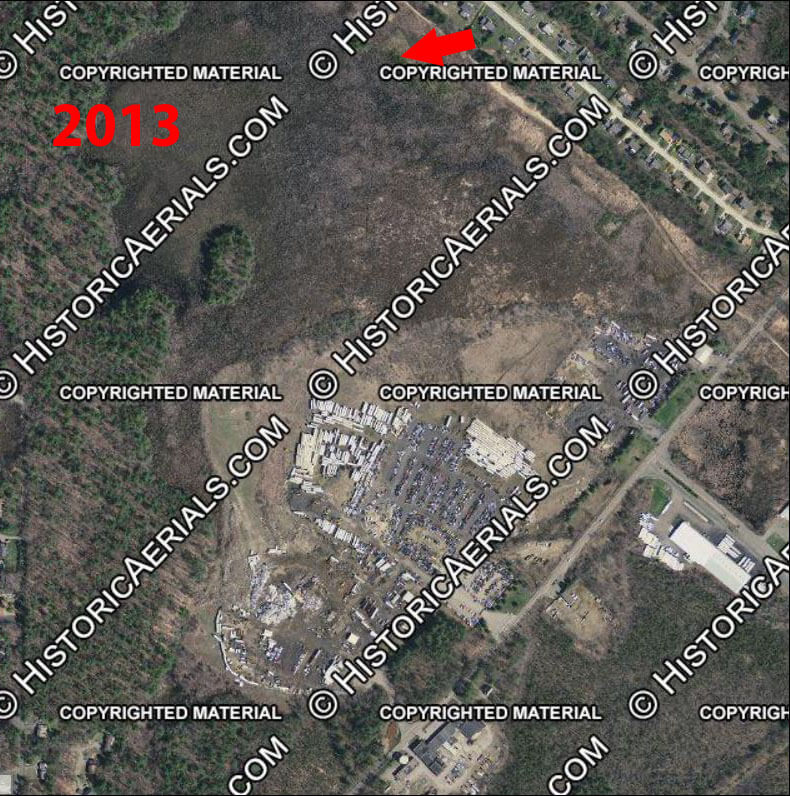 Here’s how that new patch looks from the high ground to the east, with the dead forest behind it, and white pines on the upland at rear: 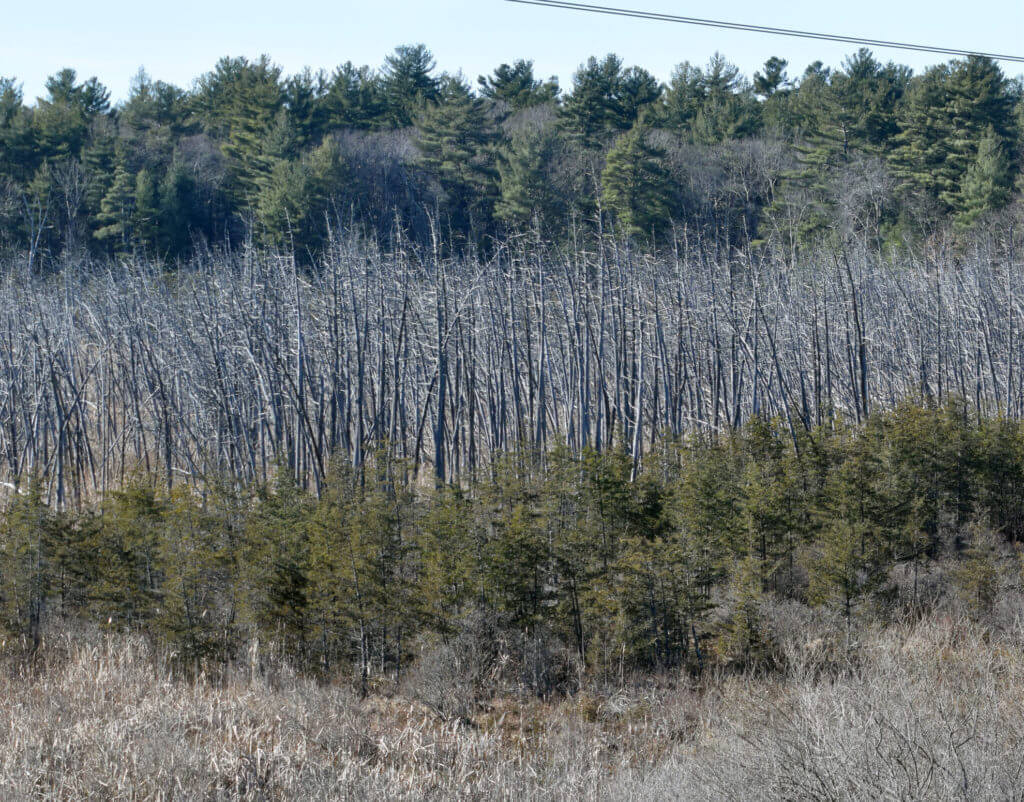 The aerials suggest that a wave of tree-death spread out from the fill into the swamp, but it took its time–the filling had stopped by 1978, but the cedars at the swamp’s north end held out for another 25 years.

The filling of half the swamp north of the road and the destruction of the cedars in the rest of it, apparently by pollutants originating in the fill, is a sad story if you think that natural resources should be conserved rather than destroyed. A large part of the dead forest is on town land. What is that land worth now?

Here’s what a healthy cedar forest looks like, at Ponkapoag Pond in Canton. 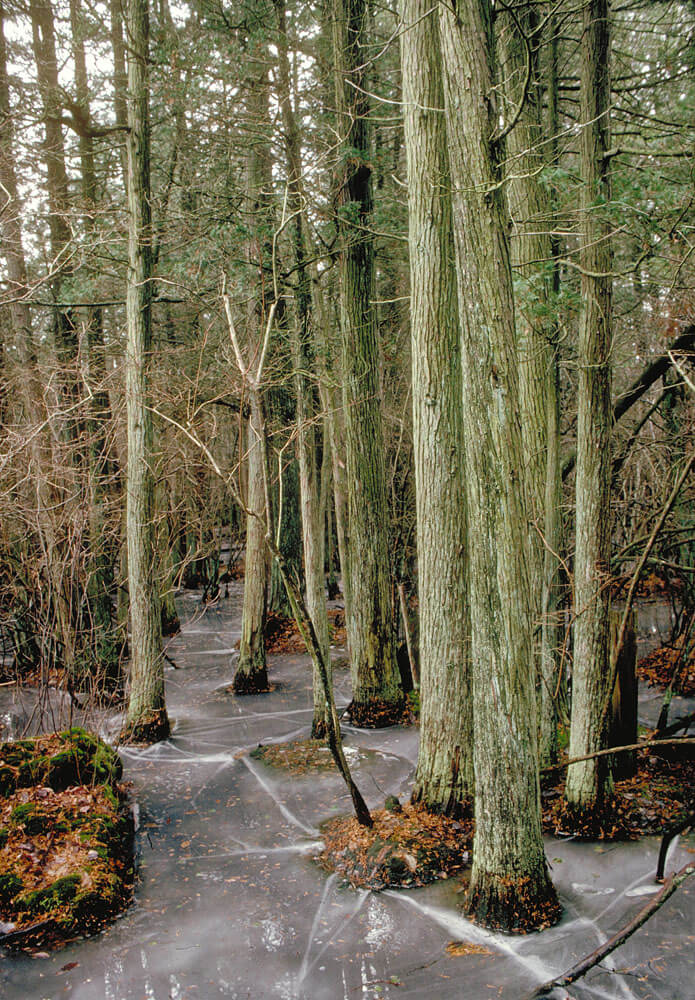 NepRWA is now looking at possible ways that cedars might be brought back to Walpole’s Cedar Swamp.