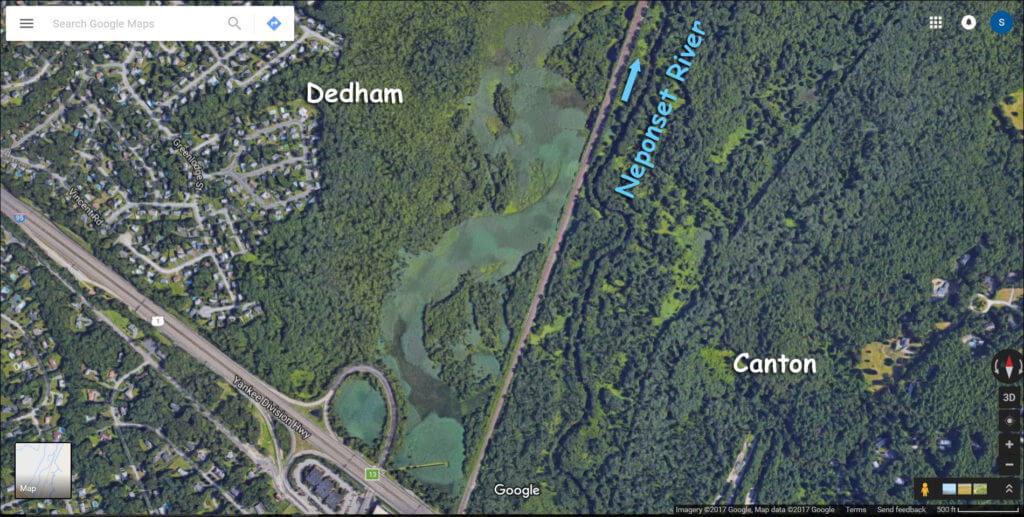 Here’s an aerial photo from Google Maps showing the broad floodplain of the Fowl Meadow in Dedham and Canton just inside Rt 128. Note the broad smoothish swath of blue-green just west of the Amtrak/MBTA tracks. This is marshland dominated by phragmites, a tall invasive grass abundant in wetlands around Boston.

Its finely-textured blue-green tint makes phragmites one of the few grasses identifiable on aerials, but as you can see, the color is not uniform, but broken up into lighter and darker patches. What are these patches?

I believe they are clones, meaning groups of individuals that appear separate but are genetically identical, having originated from single plants that spread out in all directions like spots of mold in a petri dish. When clones of different colors meet, a boundary forms.

Phragmites is what botanists call a rhizomatous grass, meaning that it does not grow in distinct clumps, but as a dispersed collection of upright stems connected by horizontal stems running underground, or rhizomes. The rhizomes are tough, durable, and often thicker than the upright stems, as is evident in this mass of rhizomes exposed by coastal erosion on Martha’s Vineyard: 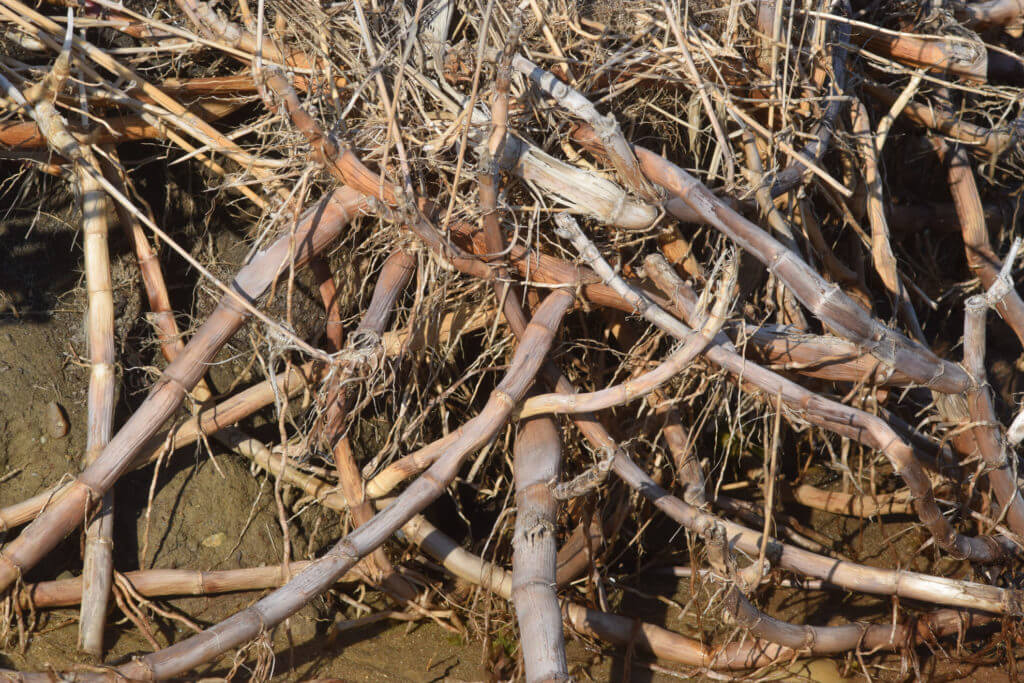 I’ve noticed, as well, that not all phragmites stands look alike; the flower heads, for instance can vary in color from deep purple to brown to green, but will be consistent within a patch. Here’s a comparison of the green and purple forms: 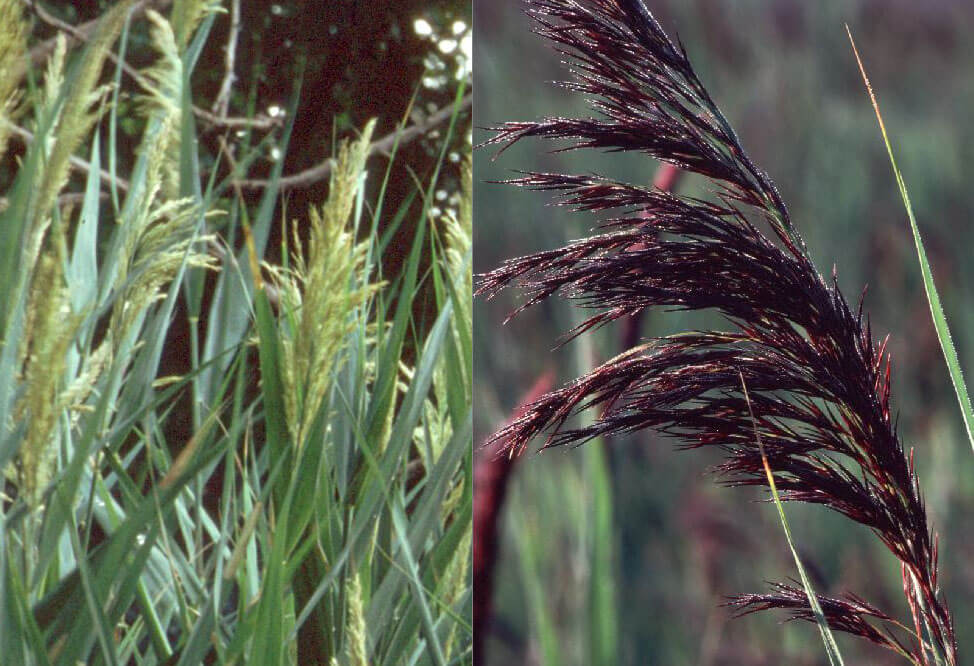 When two clones collide, who wins? Here’s another Google Maps aerial, this one showing upper Gulliver’s Creek on the Neponset Estuary in Milton, with a darker clone marked ‘1’ and a lighter one marked ‘2’. They appear to be competing inside the ellipse, and the lighter clone seems to have the upper hand. 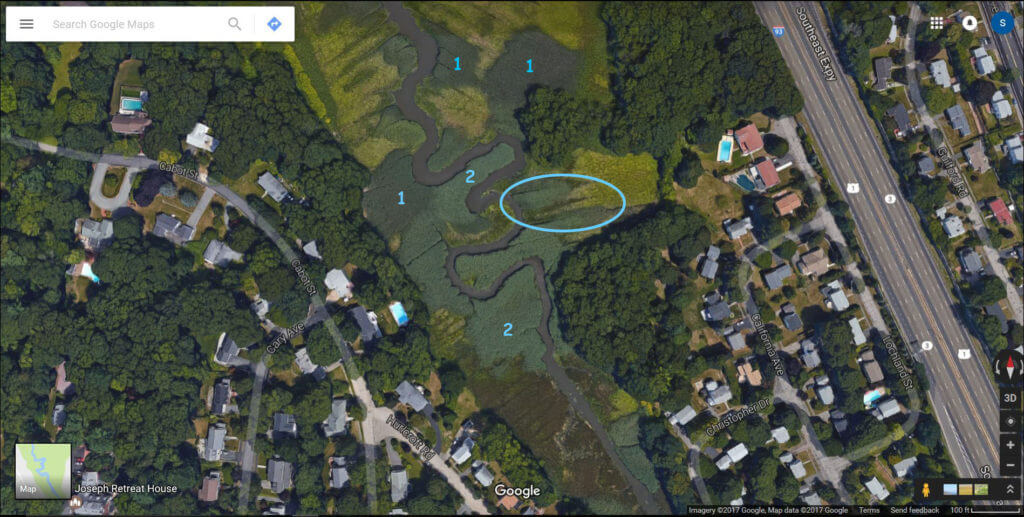 It’s interesting to note that the clones are only obvious on aerials taken in midsummer. Here, for instance, is an aerial from the state’s mapping app, Oliver, taken in spring, before phragmites greens up. I have labeled the same clones, but they are a lot harder to distinguish: 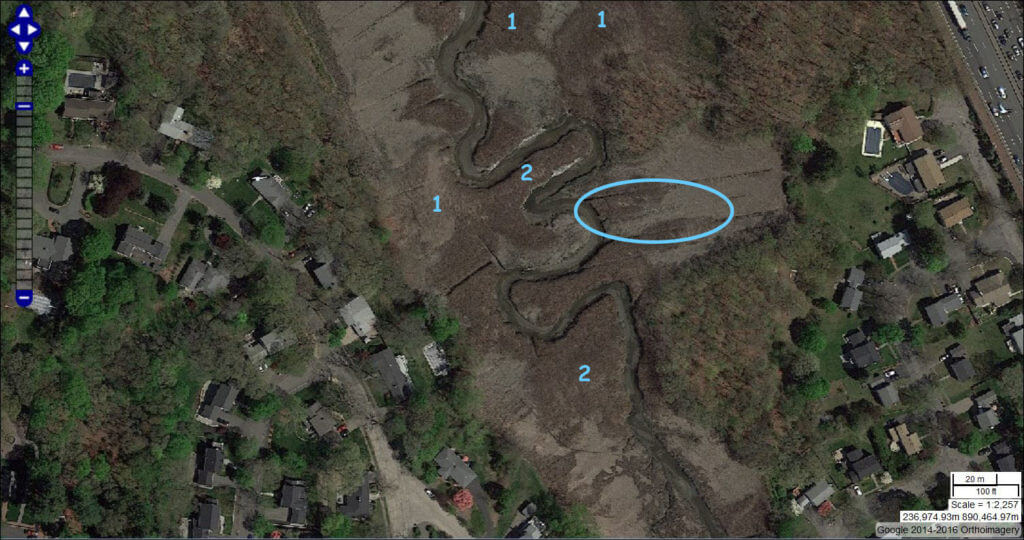 Cloning is not the only way phragmites can spread. Contrary to received wisdom of a few years back, it can indeed set seed, and the seeds will produce seedlings, tho’ they appear to be scarce. Here’s a few airborne seeds stuck to a hickory twig, and a seedling that found a bare spot: 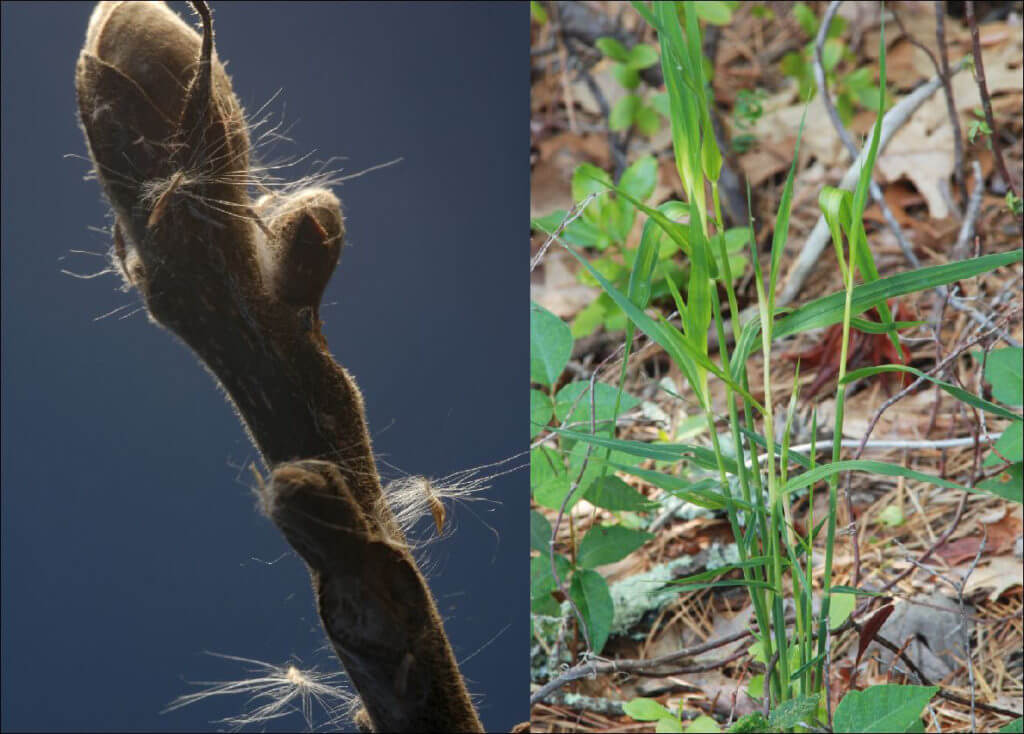 Although phragmites has been invading and blanketing local wetlands for decades, it has consistently defeated most efforts to suppress it. Perhaps one day Google Maps will help chart its retreat.