And not just one species either 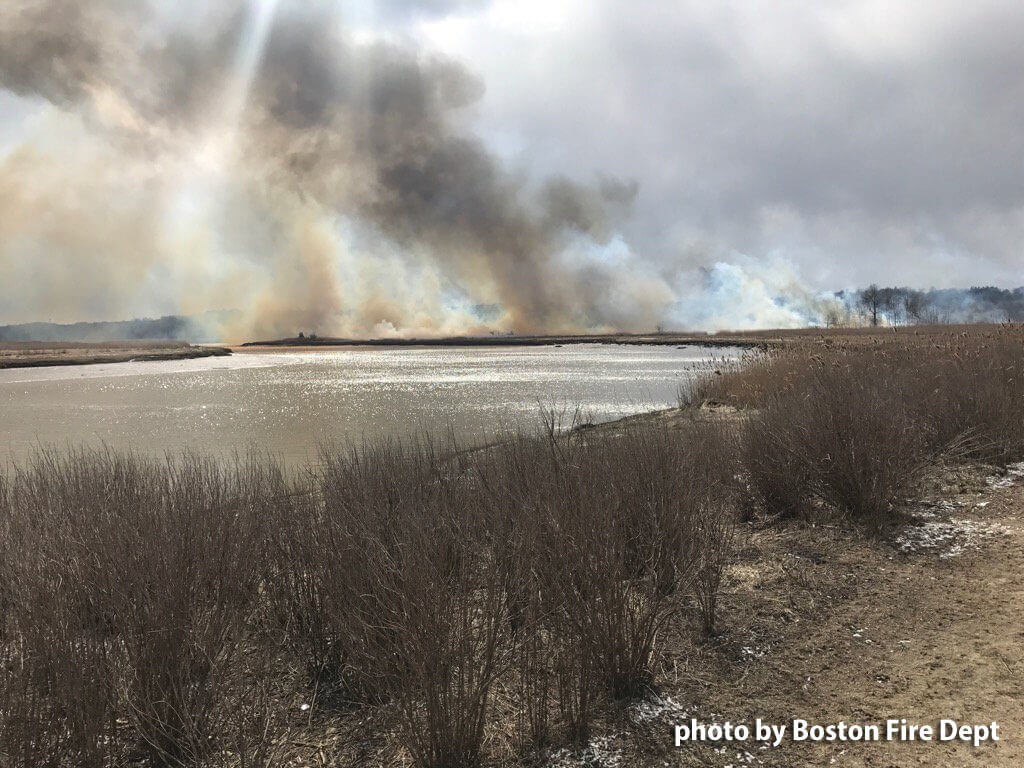 Yesterday at low tide, I went to the filled marsh on the Neponset Estuary in Dorchester above Granite Avenue to see what had burned in the wind-whipped grass fire on Saturday. It was mostly phragmites, as usual, but the photo below shows how the fire surrounded the northernmost tree island and perhaps killed some of the aspens and oaks on its fringes, as has happened before. 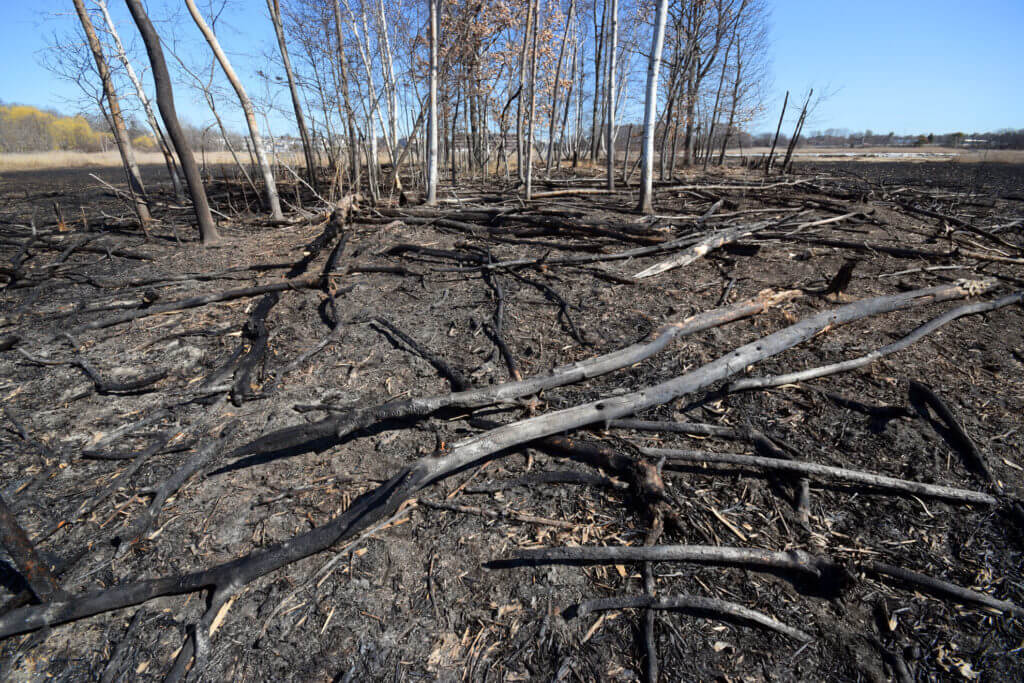 Then I walked down the MWRA pipeline embankment to the channel edge and saw a few lumps of stray peat poking out of the water, perhaps torn off the marsh edge by ice when the river froze in 2015. 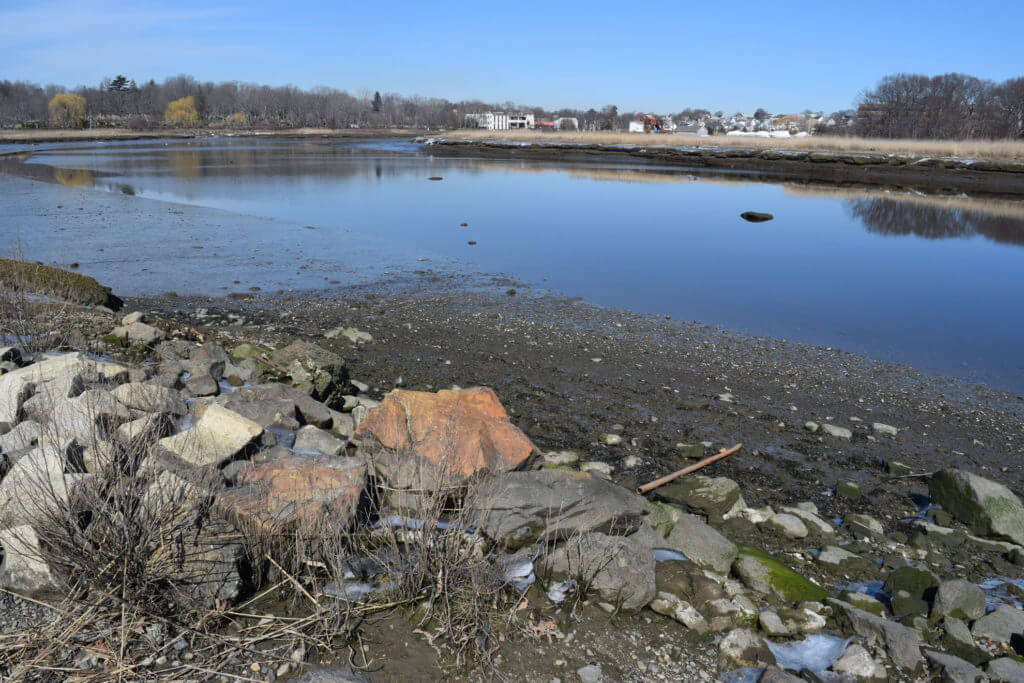 But a closer look at the gravelly mud just above the tide revealed something I’d never seen on the Neponset before–a scattering of live oysters with shells up to about three inches long. 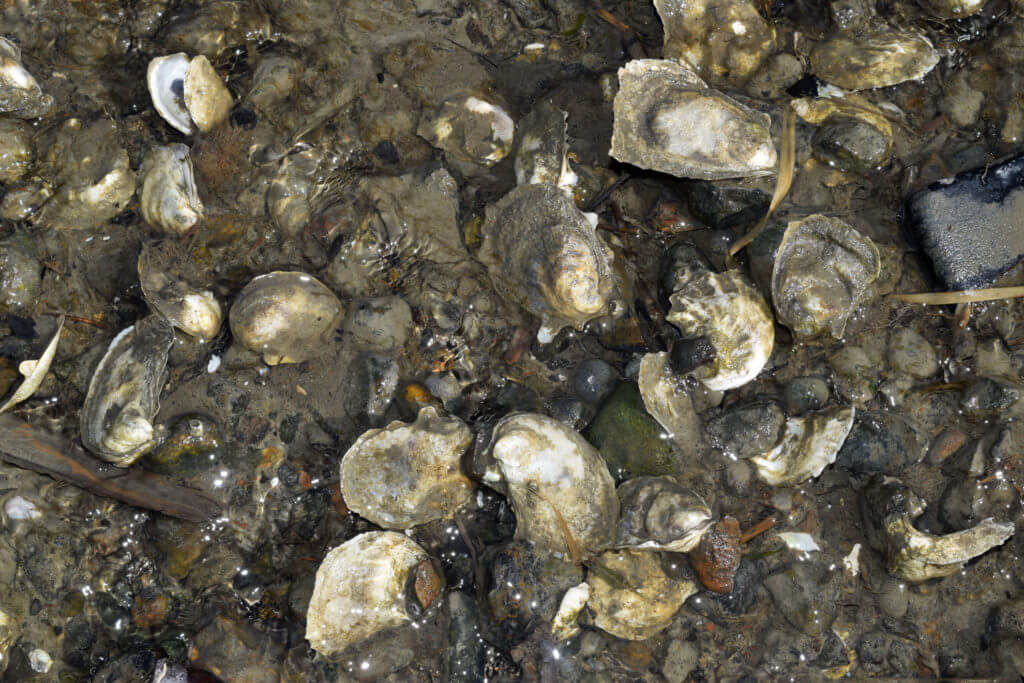 This was the first time I had seen any live shellfish, mud snails excepted, in the river above Granite Avenue. This portion of the river is brackish, its surface layer rarely more than one-third as salty as seawater, and hence perhaps not suitable for the mussels you can find downstream at Billings Creek. But oysters prefer estuarine waters, and these were perhaps the first to grow here since their predecessors were eliminated by pollution decades ago.

But I was a little confused–in past years I’ve seen empty shells of two kinds of oysters at the river’s mouth at Squantum Point: the narrow, thick Virginia oyster, a New England native, and the broader, thinner, almost scallop-like European oyster, more recently introduced to the Gulf of Maine.

Which were these? In the image below it looks like there’s a couple of both. Or are they just tops and bottoms of the same kind? 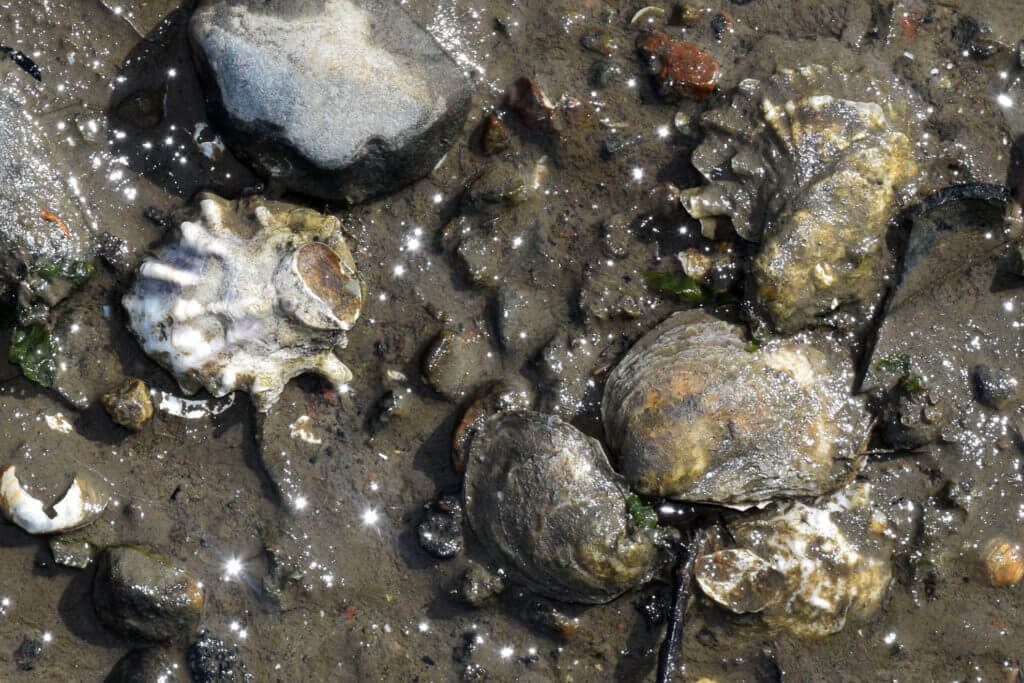 I’m still on the fence. But the return of oysters of any kind to the Estuary is an event to celebrate, not least because of their remarkable ability to filter and clean water. It’s unlikely that they’ll be legal to eat any time soon–the river and its sediments are still too polluted–but it looks as though they’re here to stay.