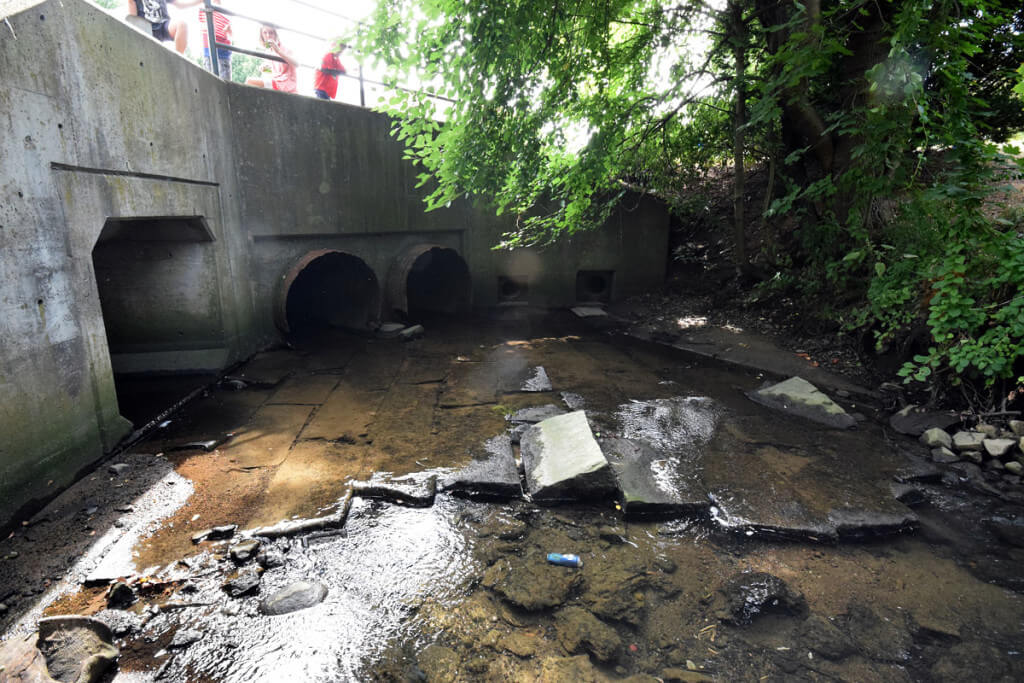 Here’s the head of Gulliver’s Creek last weekend, which is the outlet of Milton’s Unquity Brook. The normal high water mark is visible as the line halfway up the culvert on the left. This is as low as I can recall ever seeing it.

Below is Pine Tree Brook, also in Milton, passing under Eliot St., just above its confluence with the Neponset. Pine Tree Brook drains most of the north slope of the Blue Hills in Milton and Quincy. In this stretch it normally supports six or eight species of fish, including white suckers and redfin pickerel.

Where are they now? 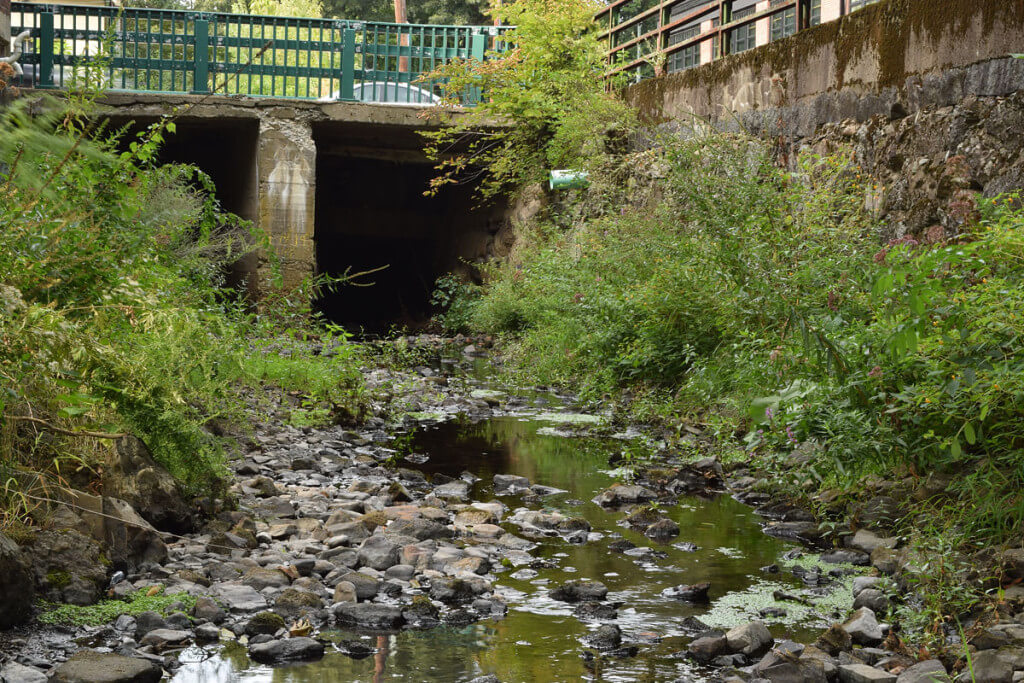 I had no trouble catching this 5 cm crayfish in the pool just above the bridge. He was completely exposed in just an inch or two of water. At least he didn’t have to worry about any fish finding him. 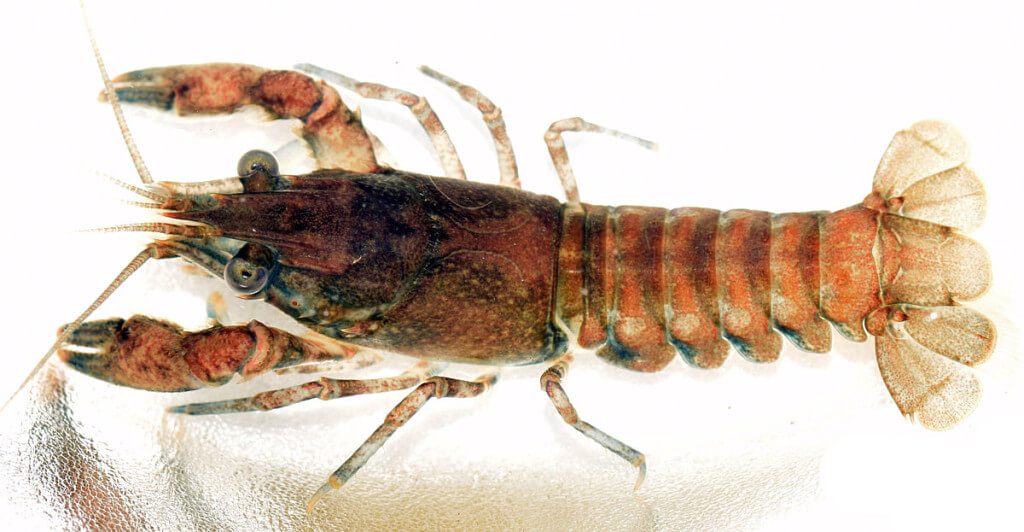 Two miles upstream, where Pine Tree Brook flows under Canton Avenue, it was completely dry. Here you can see through to the upstream end by Ulin Rink. Pine Tree is one of the few Neponset tributaries that still support a reproducing population of native brook trout. Believe it or not, they live upstream of this stretch.

I turned over some of the stones in the streambed, and in the damp sand underneath, found this snakey two-lined salamander. They breathe air as adults, but the juveniles have gills and live underwater. He was upset at being exposed and wriggled away over the dry stones. I let him go under a patch of blackened leaves and poured some water over them to keep him moist. 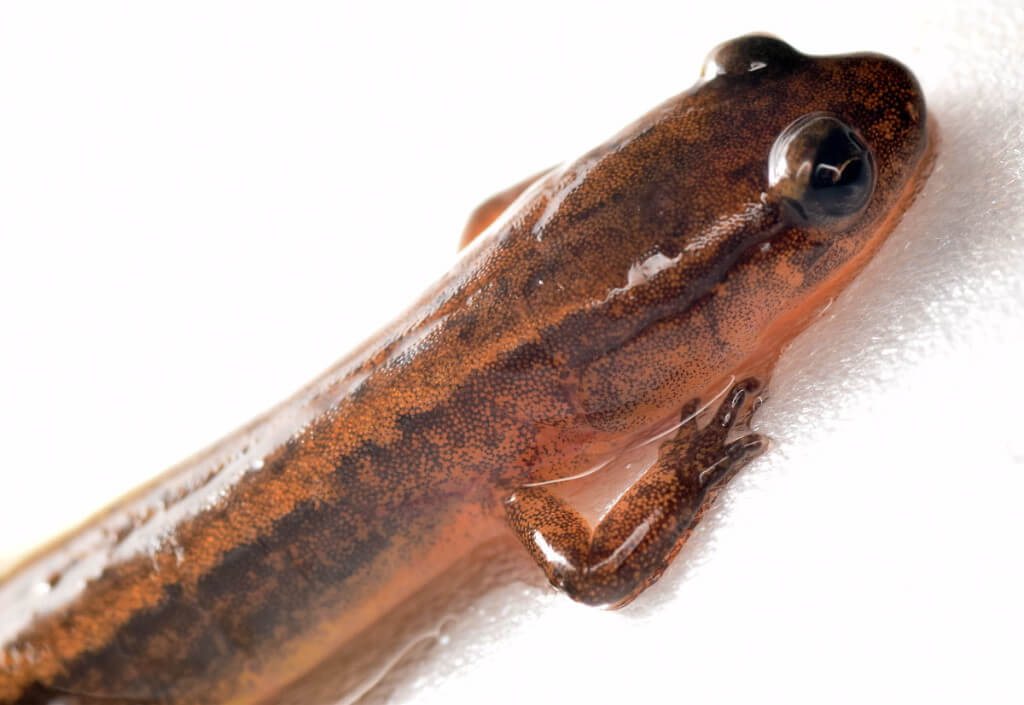 The next day I went to Paul’s Bridge between Milton and Readville and saw that Balster Brook, which comes down from Curry College and joins the mainstem here, had long since dried up: 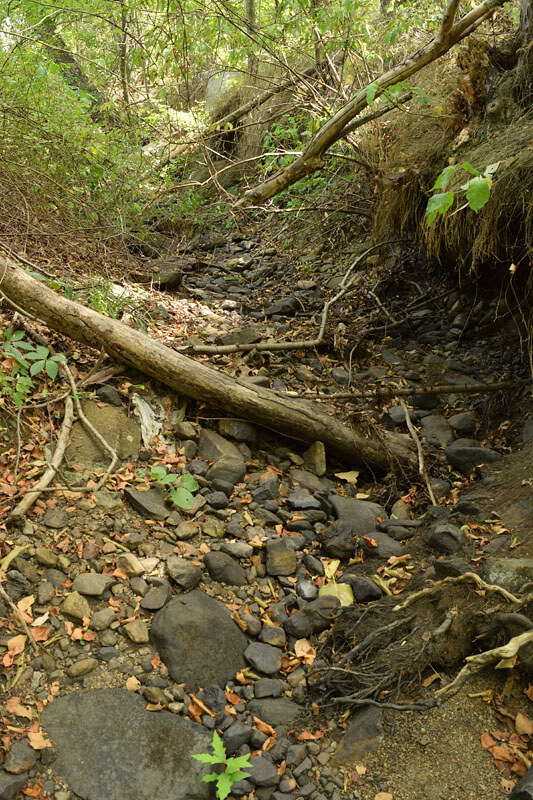 But at least the river was flowing, if only through the central arch: 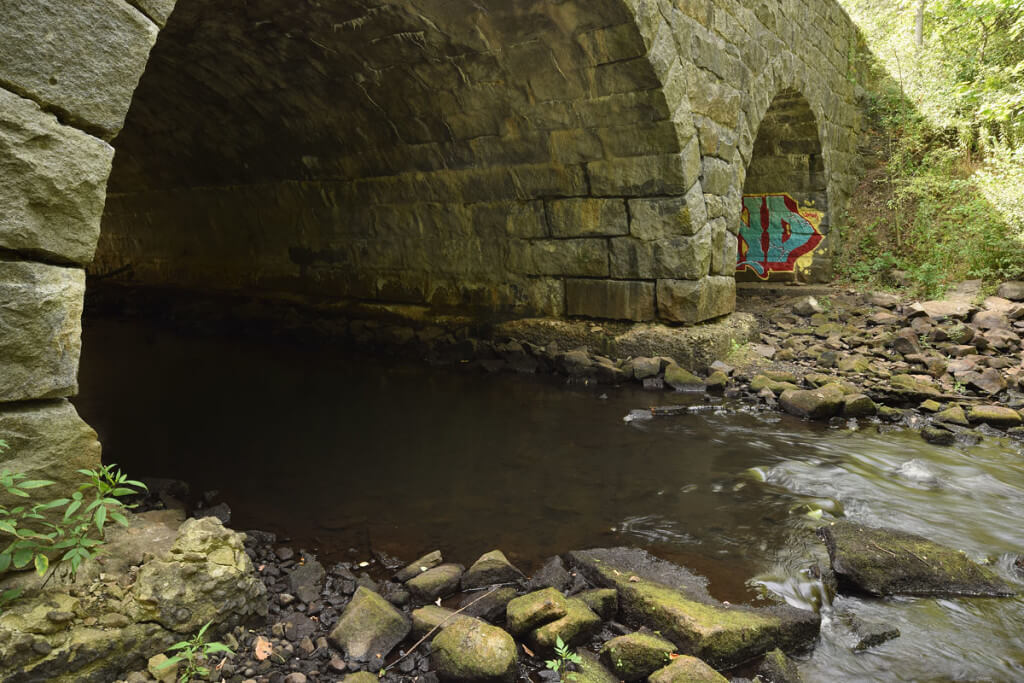 As low as the water was, it was easy to peek around and see the big elm that had got jammed inside. Try paddling over that! 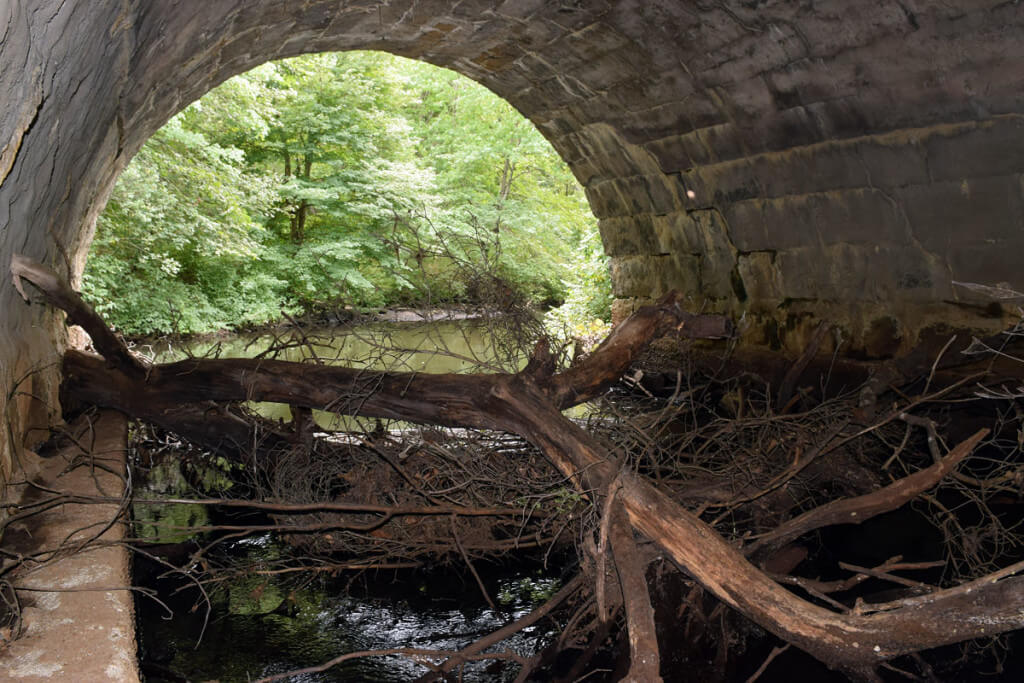 While I was there, a couple of ducks swam up and started picking at the mossy stones underwater, then lifting their heads and sucking their teeth (tho’ of course they have none). They worked all up and down the narrow channel while I photoed them. It seemed to me they were not actually eating the moss, but enjoying the little bugs they had strained out of it. They ignored the stuff above water. 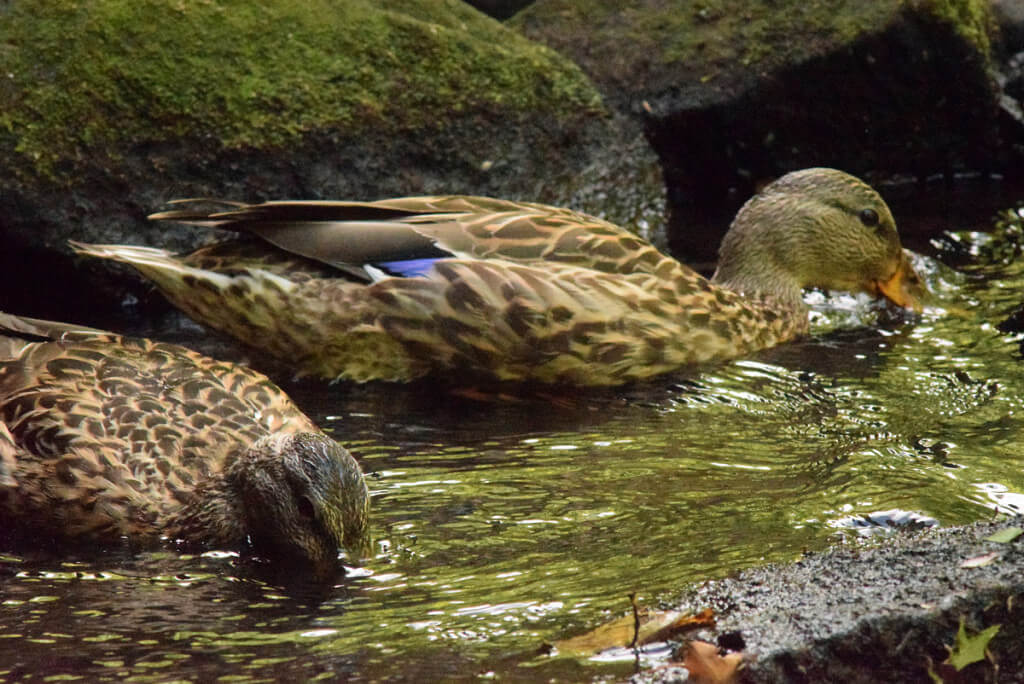 If the river dries up, as seems likely enough, they’ll have to go somewhere else to eat.