Anything can come up on a sandbar

One of my favorite spots on the lower Neponset is the tight turn it takes just downstream of the Mattapan MBTA bridge to bend around the high ground along Capen St. in Milton. Here the fast water that starts under Blue Hill Avenue flattens, and long tongues of gravel and sand begin to appear along the inner curve of the channel. These are scoured bare in the spring but re-emerge in May and June and are typically not submerged again until November. 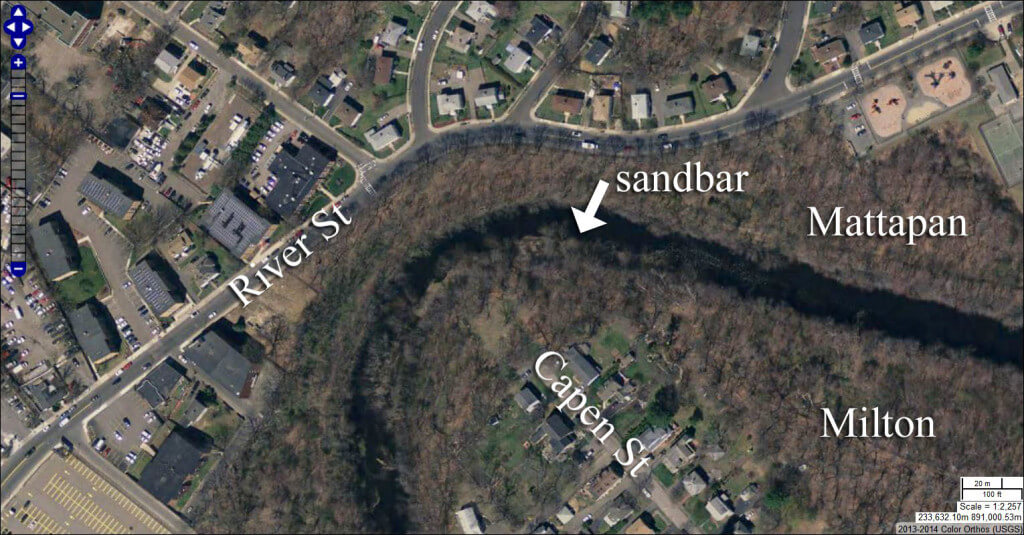 Anything that washes down from the rapids is likely to fetch up here, and that includes not only discarded tires and garbage bags but seeds and fruits from who knows how far upstream.  If they’re lucky they get deposited in layers of rich sandy soil out of reach of the shade along the bank, where they have six months to sprout and anchor themselves until the floods return. 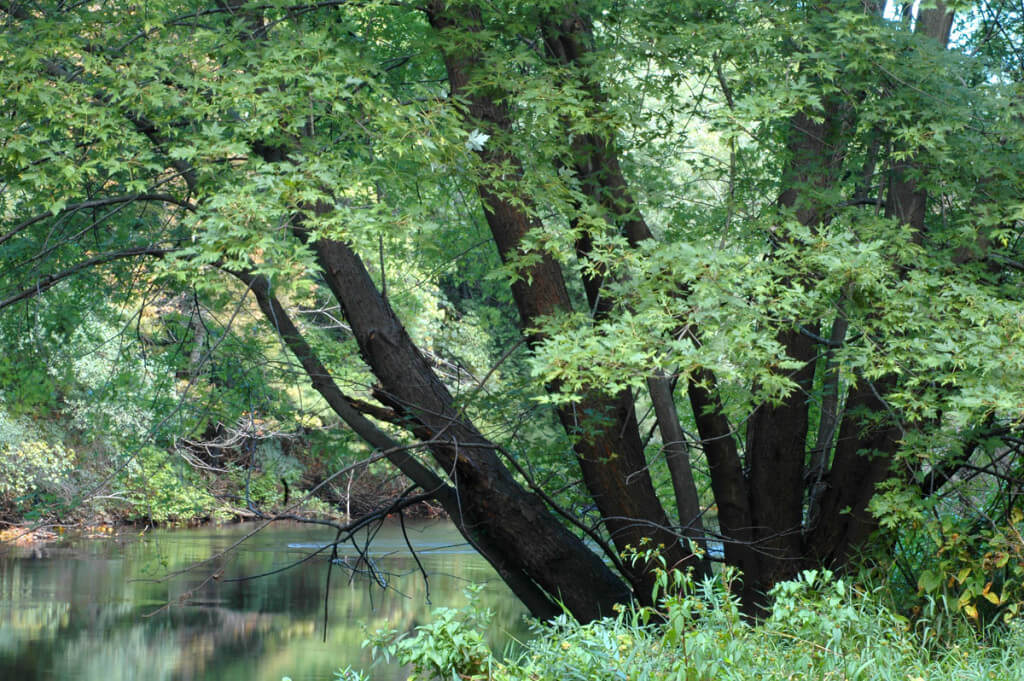 Not much grows under the dense stands of river birch and green ash that dominate the gravels at the head of the bend, but further down the sand takes over and the trees thin out, perhaps because they have a hard time taking root in the thick turf of grasses and herbs that reappears here every summer. This elongate channel-edge thicket stays green and lush even in the driest of summers. I like to climb down here from the steep bank at the end of Capen St and see what has sprung up.  I often see plants here that I don’t see elsewhere. Here are a few. 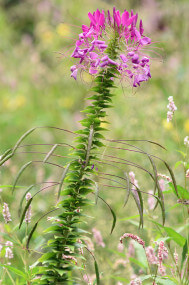 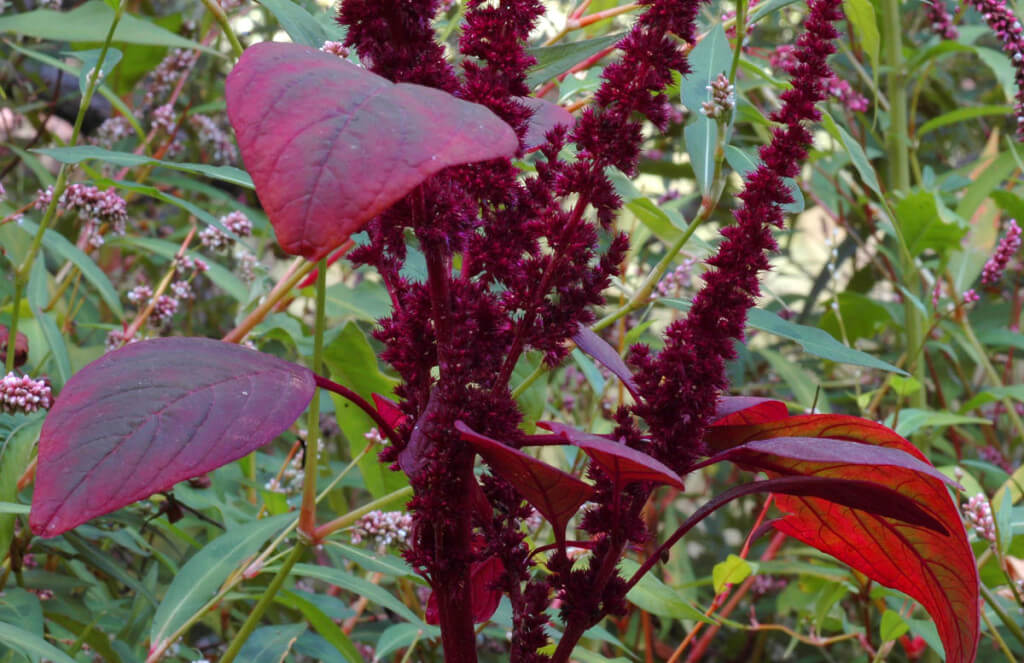 This deep red herb is prince’s feather (Amaranthus hypochondriacus), a cultigen thought to have originated in SW US or northern Mexico from A. powellii. Widely grown as fodder, food, and an ornamental in warm climates, it is nowhere naturalized in North America. Photoed 9/13/07. 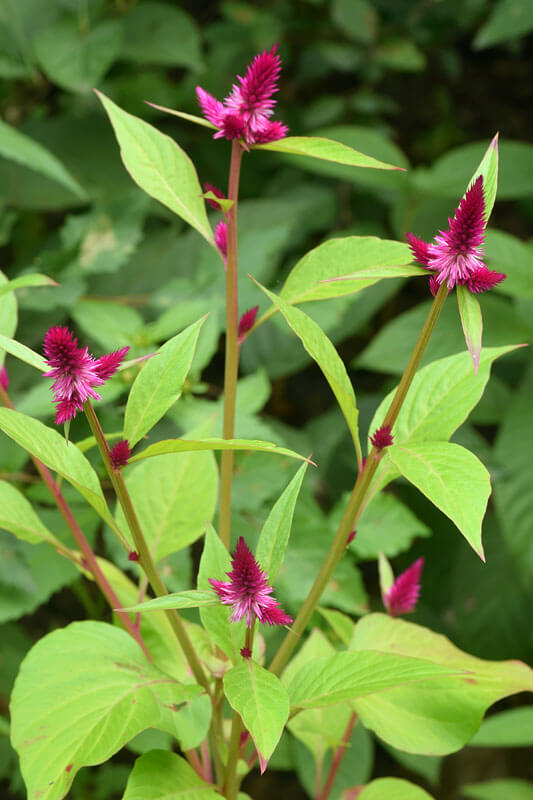 Plumed Coxcomb (Celosia argentea) starting to bloom 9/5/16. This 50 cm herb from tropical Africa is evidently a garden escape. I can’t recall ever seeing it growing wild before. It has been reported naturalizing in Boston. 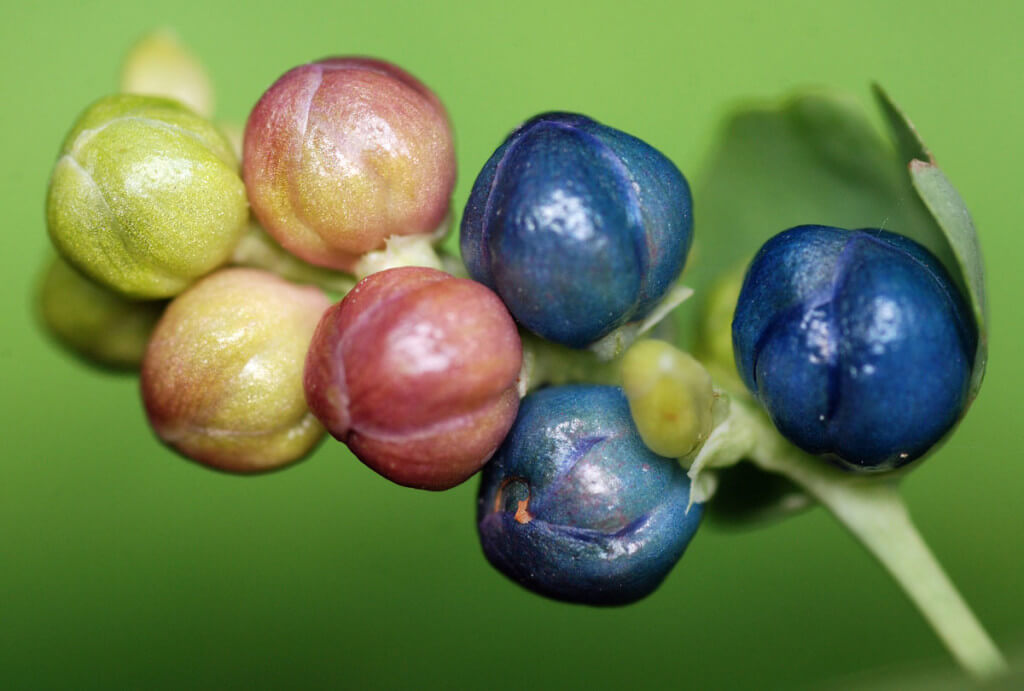 These candy-colored fruits belong to the infamous mile-a-minute vine (Persicaria perfoliata), an East Asian annual that looked like it might take over the whole sandbar last year. But this year it was hard to find. Were all the seeds washed away? Photoed 9/20/14. 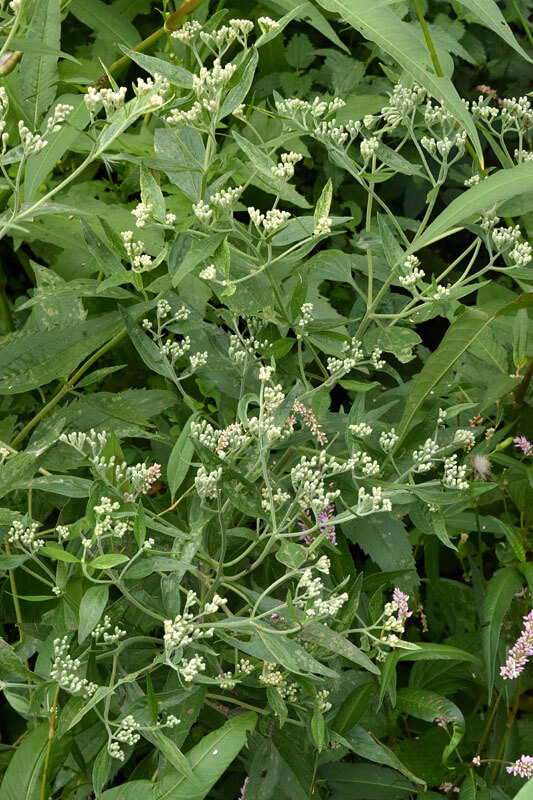 I was surprised to see this in September. It’s late boneset (Eupatorium serotinum), a late-flowering herb common in the south and midwest but only recorded twice in Massachusetts, according to Seymour’s 1991 Flora of New England: once in North Abington in 1933, and again in Concord in 1954. Is it moving north as temperatures rise? Photoed 9/5/16. 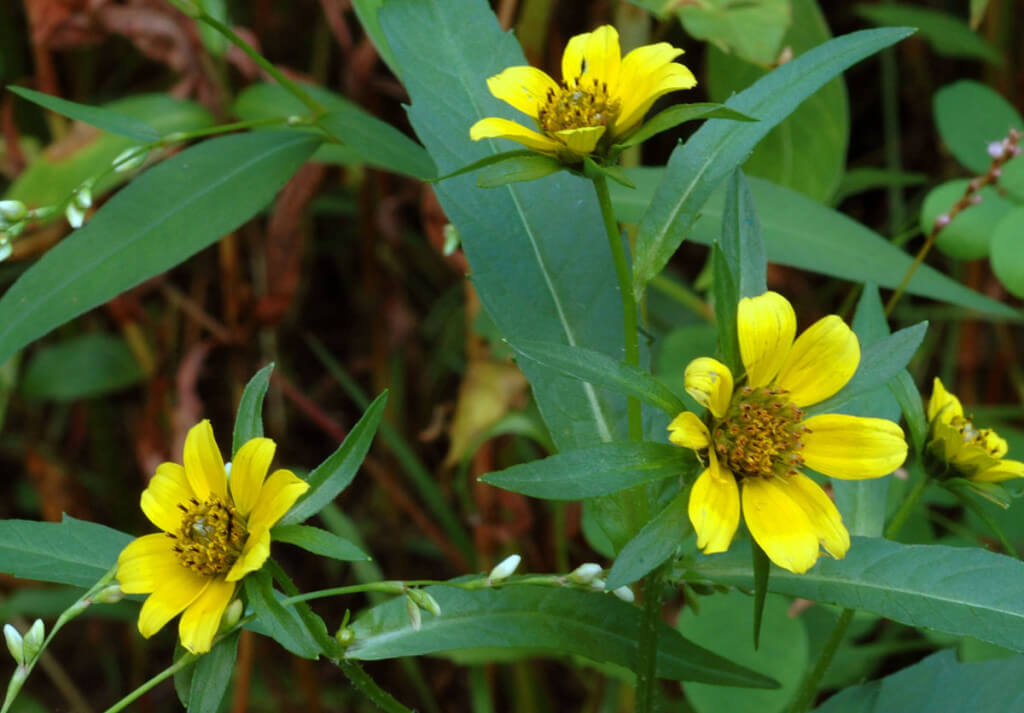 This daisy-like herb is nodding beggarticks (Bidens cernua), a native you can find in a wide variety of local wetlands, although it’s not nearly so abundant as common beggarticks, which often decorates my socks with it’s flat brown double-barbed seeds. Photoed 9/3/07.

On my last visit to this unfrequented spot in September I saw the long ramp under construction that will carry the Neponset Greenway over the MBTA bridge on the Mattapan bank. But it runs along the outside of the bend, where the current is stronger and few sediments accumulate. I recommend that botanists proceed to Capen St. 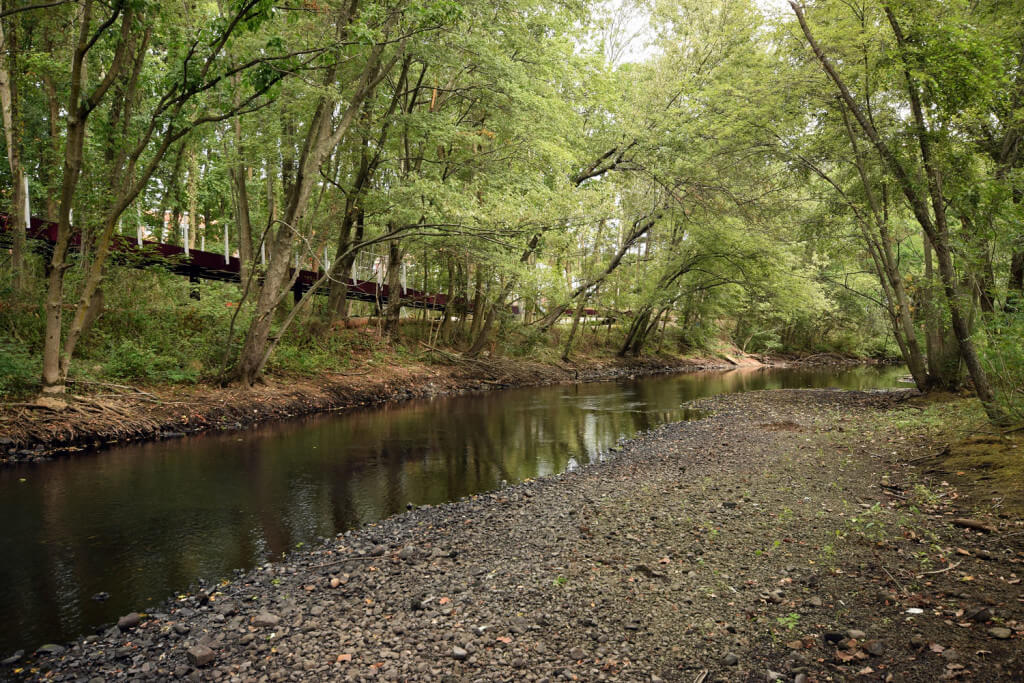