Noun: a transient bliss reported by many tree photographers 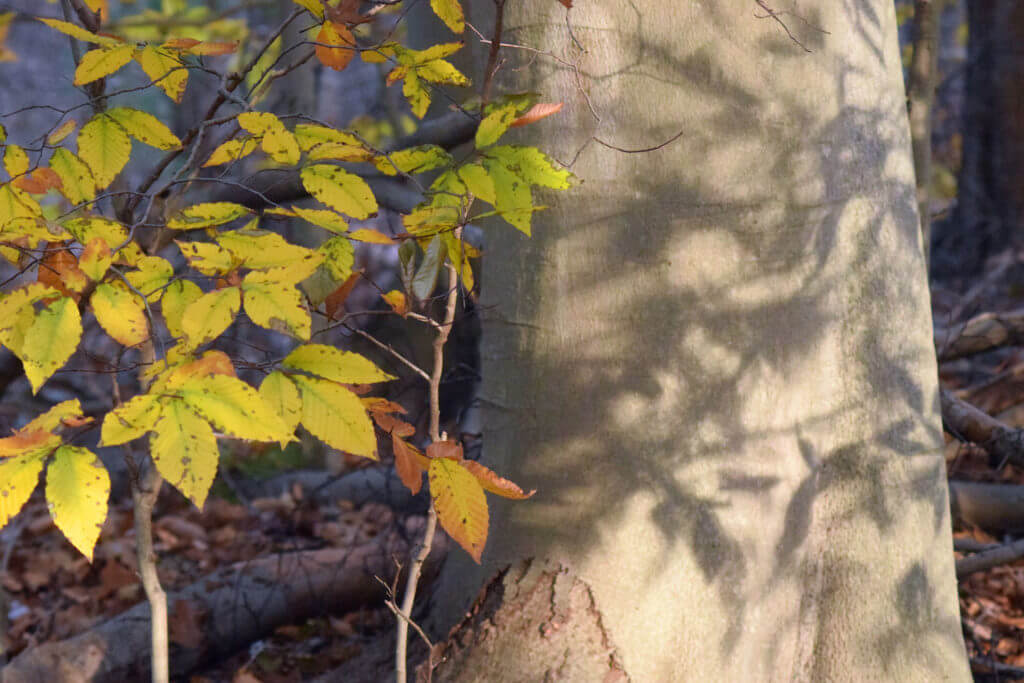 Here’s an American beech I photoed in November on Ponkapoag Brook a short walk from the NepRWA office. The image is soft because I didn’t have my tripod. I tweeted it anyway.

Beeches are photogenic in late fall, when they hold their leaves into November, or at least the suckers do–hey, the suckers last till late February: 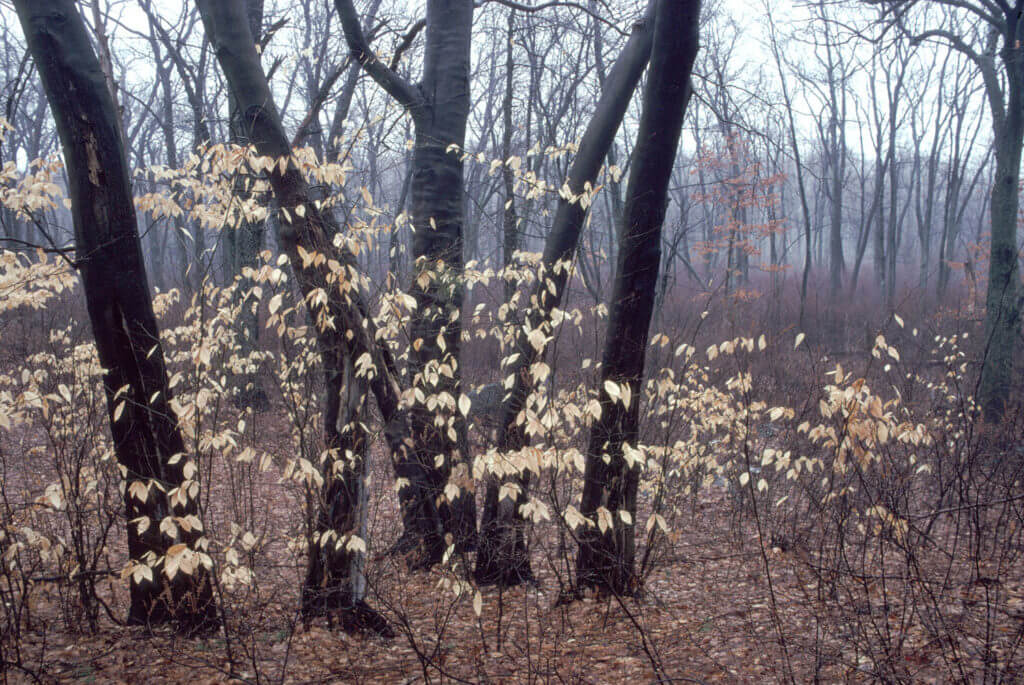 When you might see snow dripping off the leaves: 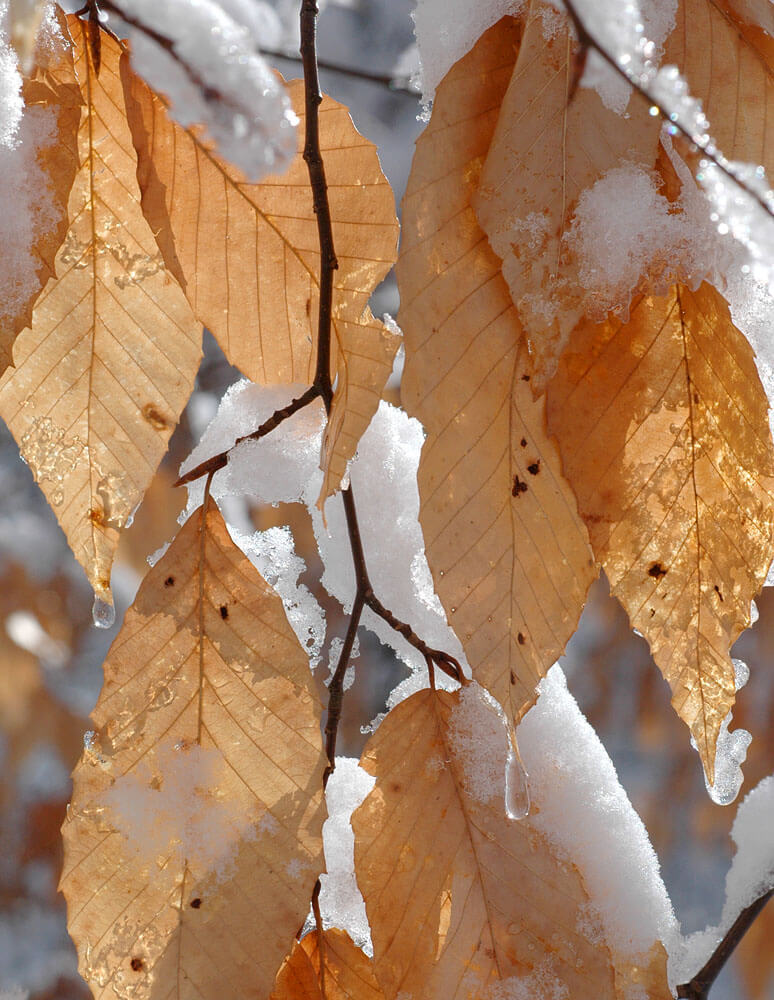 Even though they’re bare up above: 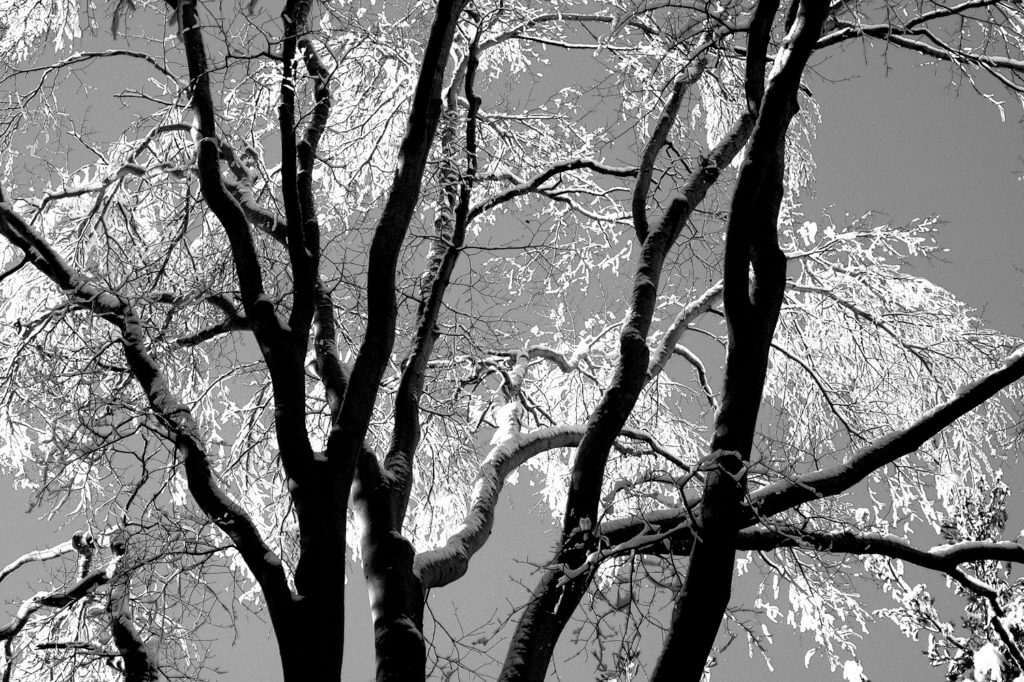 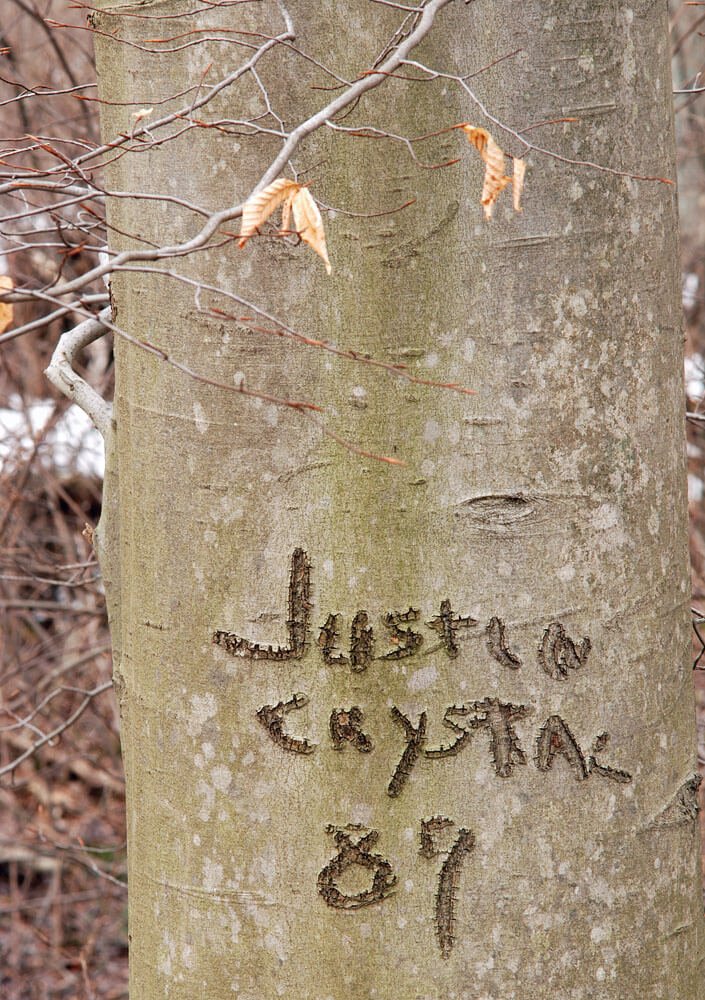 Trees in prominent spots often look like this one at Houghton’s Pond in the Blue Hills: 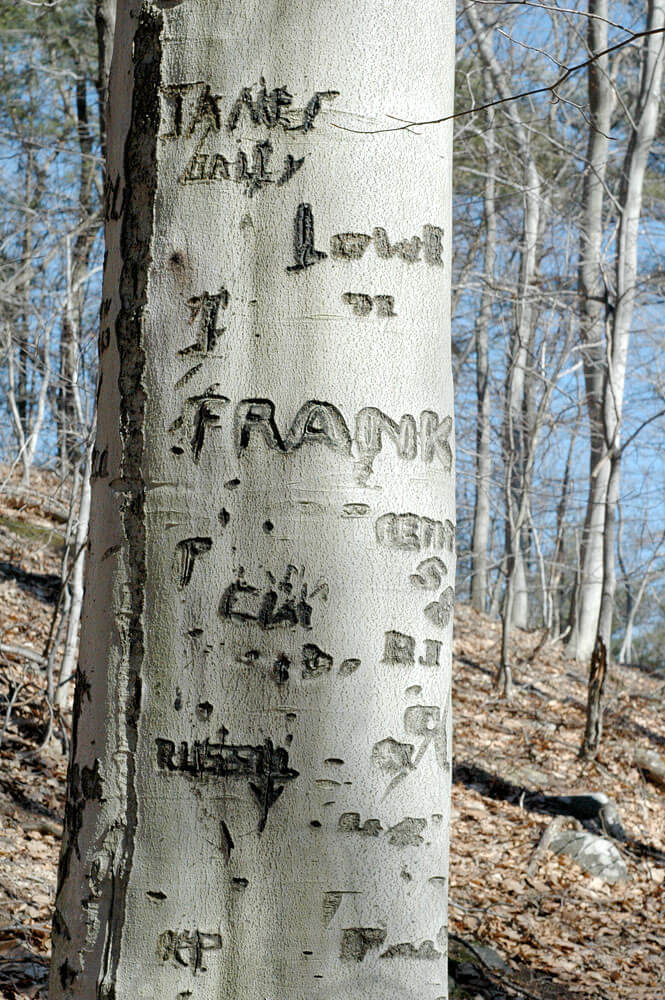 I’ve been photoing beeches for a long time. Here’s one clinging to the eroding bank of the Neponset downstream from Milton Landing. I haven’t been back to check but it might be in the river now: 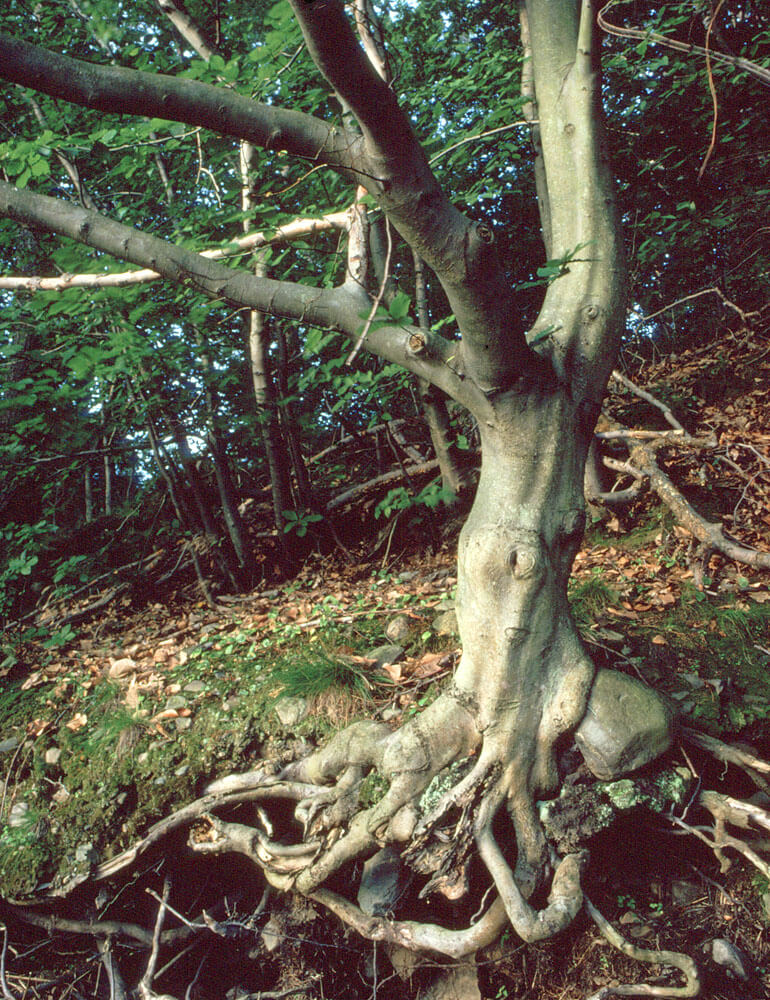 By the way, if you want to see some beech flowers, you usually can’t, because they’re way over your head. Here’s some spent male flowers I found on the ground late in May: 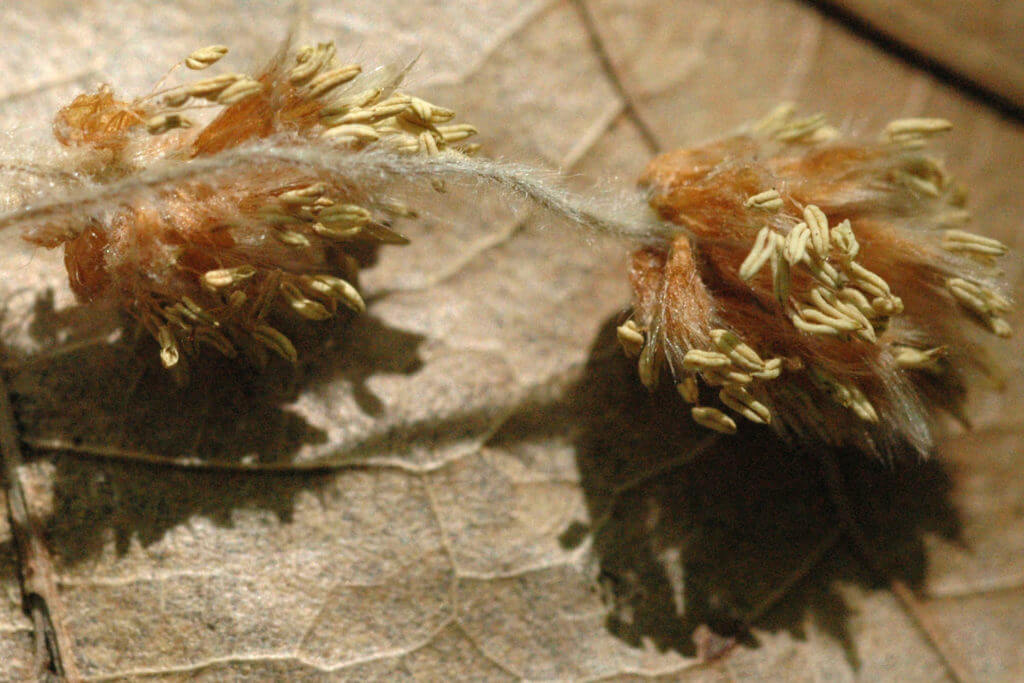 By August the female flowers have ripened into beechnuts, which you can pick apart and eat if you’re particularly hungry: 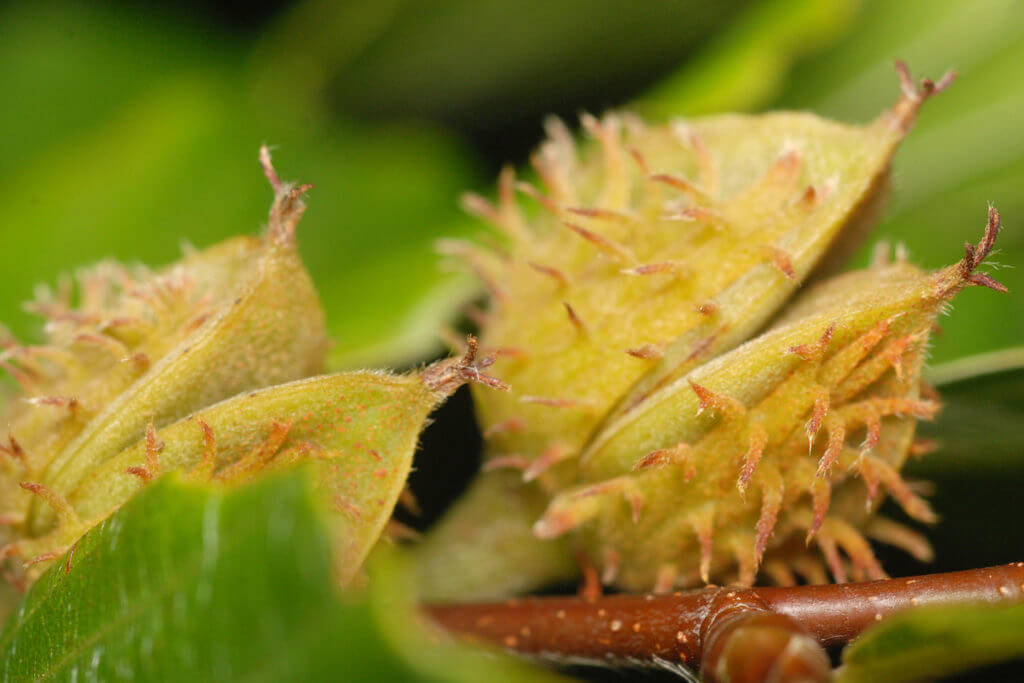 There’s only one native beech in North America, Fagus grandifolia, or the American beech, but people have been planting Fagus sylvatica, the European beech, for a long time and some have gotten large. Here’s the weeping variety on upper Canton Avenue in Milton: 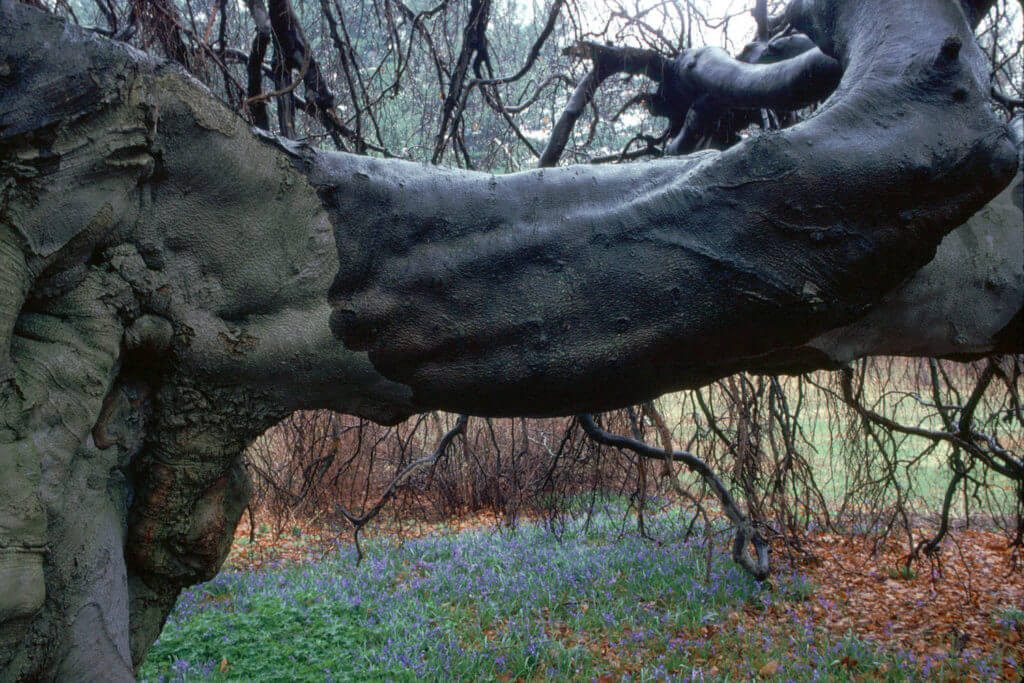 This one, also in Milton in Forbes Woods, may have seeded itself. You can see the characteristic broad leaf on the suckers: 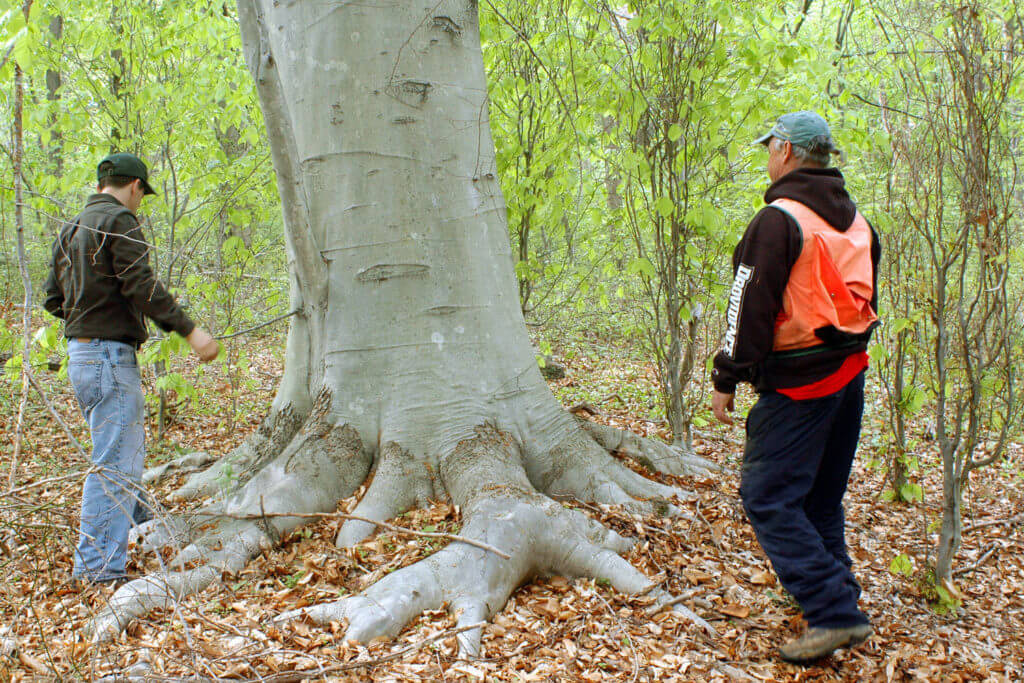 Unlike their American cousins, the bole gets squat and picturesque, like this copper beech at the Eustis estate: 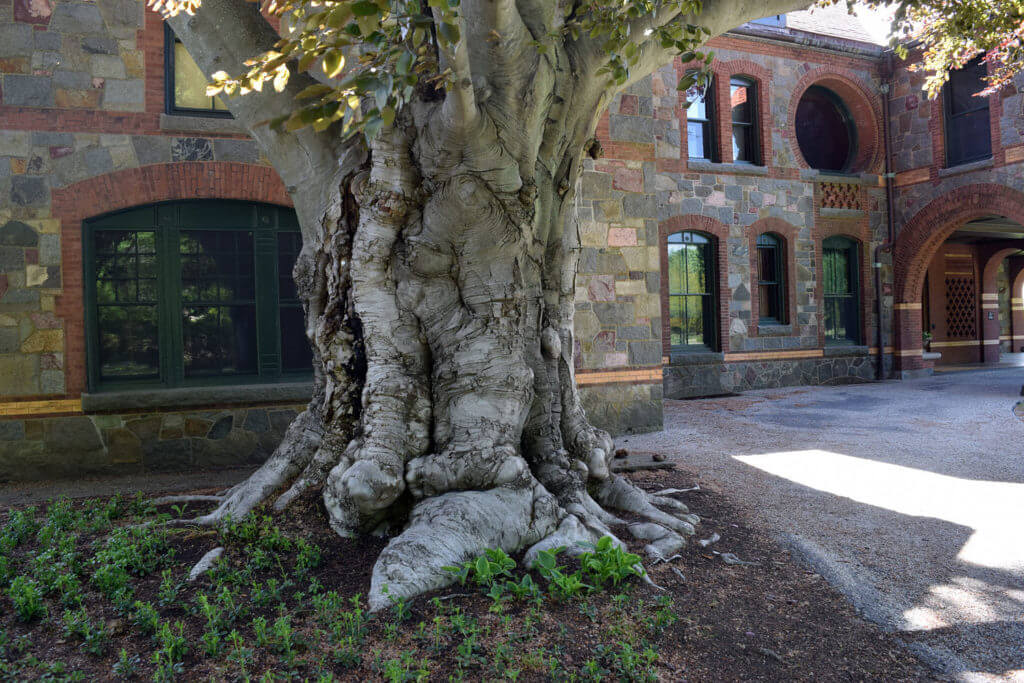 Got a camera? Look around; I bet you can find some. 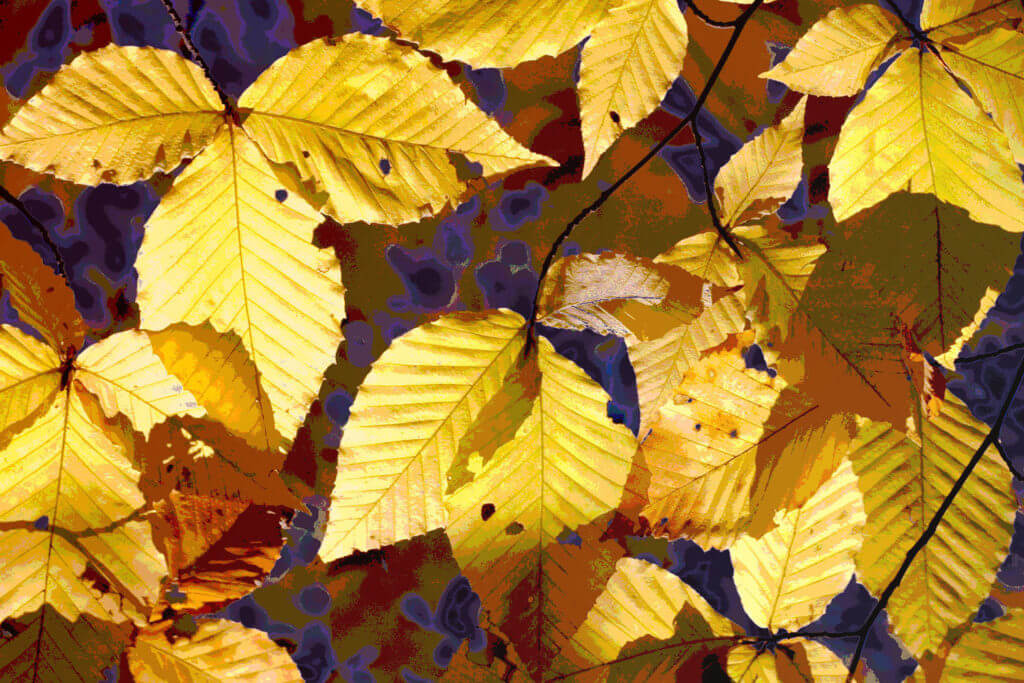