Olympics Coming to the Neponset?

Click here for the latest story on Boston’s withdrawal from the 2024 Olympics bid.

Last week I was startled when I turned to my morning newspaper and learned that the Boston 2024 Olympic Organizing Committee had proposed Squantum Point Park on the shores of the Neponset and the site of the recently completed Quincy RiverWalk trail as the location for a world wide beach volleyball competition.

My initial reaction came in two simultaneous extremes: “Oh no!” and “Wow, what an opportunity!” 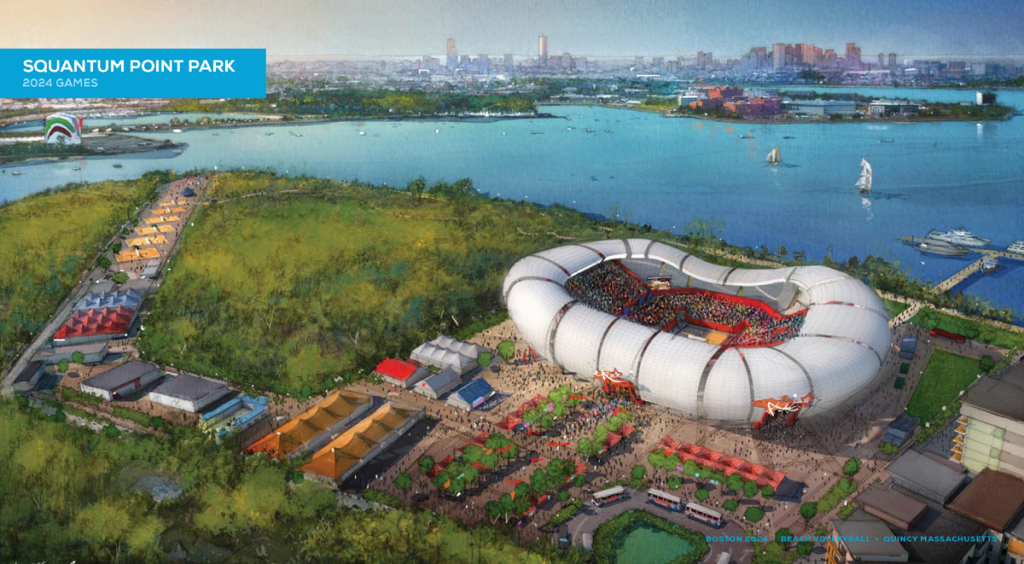 Rendering of beach volleyball at Squantum Point by Boston 2024.

The “Oh no!” impulse came from the fact that Squantum Point is a sensitive wildlife habitat, an unusual floodplain forest which is perpetually stunted by saltwater and flooding into a dense shrubby habitat that attracts an extraordinary diversity of bird life, including some 200 resident and migratory species.

ACEC status is given to areas where multiple kinds of environmental, recreational and cultural resources overlap, giving an area regional significance and earning it an added level of from state environmental agencies. The Watershed Association successfully nominated the Estuary for this special status in the 1990’s.

The “Wow, what an opportunity!” reaction came from the opportunity to put the Neponset, referred to by many as the “hidden river,” on a global stage, and perhaps see the Olympics leave behind some improvements to the park that would be a long term benefit to the community.

And after all, Squantum Point Park includes a large parking lot (without proper stormwater management controls) which could be utilized with little environmental impact.

As I delved into the announcement, fact sheet and conceptual renderings provided by Boston 2024, I came away with more questions than answers:

From reading the impressive volume of media coverage of the announcement (in the Globe, the Globe, the Herald, the Ledger, the Sun, WBUR and the Dorchester Reporter), it seems that, like me, many others also had mixed reactions to the proposal and lots of questions.

The Ledger article and the Boston 2024 Facebook page mention a community meeting on July 9, but give no details on a time or location.

The Watershed Association has no position on the Boston Olympic bid in general, but we look forward to learning much more about the proposal and evaluating its environmental implications once we have some detailed information. 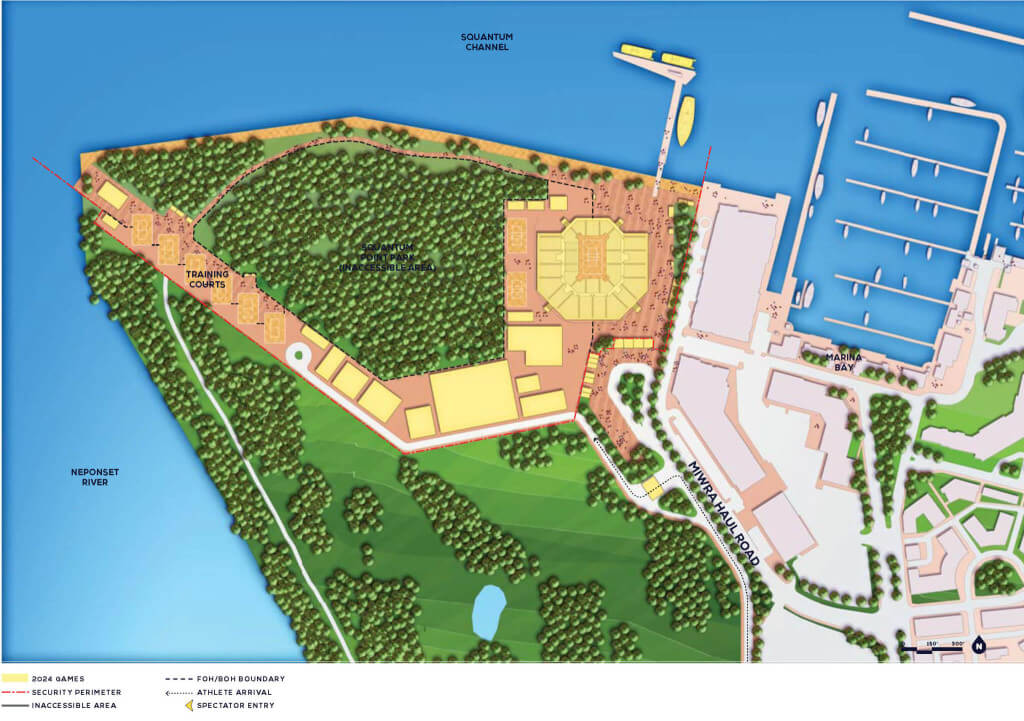 3 responses to “Olympics Coming to the Neponset?”