Spectra Pipeline: Bad for the River and for Ratepayers

The proposed Spectra Northeast Access pipeline will have significant impacts on wetlands and water ways in the Neponset, the climate and local electric ratepayers

June 2016– The Watershed Association has reviewed the proposal for the Spectra Energy Access Northeast Pipeline, and our Board has voted to oppose the project.

Background and Impacts in the Neponset River Watershed

The project involves construction of a new 21.2 mile natural gas pipeline running roughly east to west through a number of Massachusetts communities including the Neponset Watershed towns of Canton, Stoughton, Sharon and Walpole (see map below).

The proposed route will have significant long term impacts on wetlands and waterways in the Neponset Watershed including impacts associated with heavy construction along a route that crosses the Neponset River, at least six of its tributaries, as well as numerous wetlands. 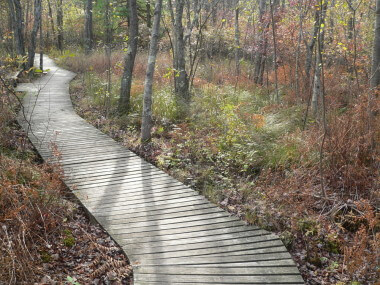 In addition to the disruption to wildlife habitats and water quality during the construction period, the project—which largely follows existing gas and electric transmission corridors—will also require a significant permanent widening of the corridor and ongoing suppression of natural vegetation across the corridor using herbicides and mechanical means, as well as ongoing disruptions associated with increased maintenance and inspection activities along the corridor.

Finally, the proposed route will take over and disrupt conservation lands designated as permanently protected under the state constitution such as the iconic Moose Hill Wildlife Sanctuary.

Impacts to the Watershed and Electric Ratepayers

In the Watershed Association’s evaluation of the project, the key question is whether the project constitutes a necessary response to a critical public need for energy reliability, and thus justifies the significant local impacts to wetlands that the project will produce.

Advocates for the project argue that it is necessary to mitigate natural gas price spikes which occur a few days a year during periods of high demand, and that this need justifies the unusual proposal for electric ratepayers to provide guaranteed long term subsidy for the project. However, increasing evidence, such as a recently completed study by the Attorney General’s office, conclude that expanded pipeline capacity is not the most cost effective means to address natural gas capacity concerns. 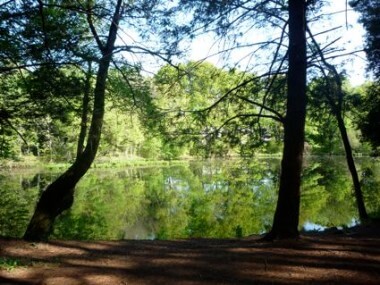 View of the Neponset River from within the Town Forest in Walpole.

To the contrary, the Attorney General concludes that increased investments in efficiency would be the least expensive way to address the underlying problem and would also pose the least long term cost risk for ratepayers. The Attorney General’s report also highlights the possibility of simultaneously pursuing additional investment in renewables and/or technical upgrades to power plants as options which would also be better for ratepayers.

While the decision by the Watershed Association’s Board to oppose the project is based on its local environmental impacts in combination with its high costs to electric ratepayers, there is also a larger issue at stake: climate change.

By any measure, climate change poses an overwhelming threat to the long term health of the Neponset River and its watershed. The changes to the climate which have already been observed in the Neponset Watershed—more frequent droughts, more intense rainstorms, rising ocean levels, and earlier ice out in the spring—affect the river’s ecology and our man made water infrastructure in important ways, and these problems will get significantly worse in the future, especially if society fails to take steps to curb carbon emissions.

Herbicides and mechanical equipment would need to be used, in perpetuity, to keep the pipeline corridor clear of vegetation.

While some (though not all) argue that natural gas is preferable to coal and other sources of carbon-based fuels for electricity generation, it makes little sense for the Commonwealth to make long term investment in expanding our capacity to burn any type of carbon-based fuel at the time when we need to be reducing rather than increasing carbon emissions.

If we hope to achieve the goals laid out by the legislature for greenhouse gas emission reduction, we need to instead ramp up our investment in efficiency and renewables. In the case of the Spectra Access Northeast project it is a happy result that the investments that are best for the climate, are also best for the river, and best for Massachusetts electric ratepayers.

How You Can Help

A growing number of people share our concerns about the costs and benefits of this proposed pipeline for the reasons outlined above, among many other considerations. Many local residents and town officials, including conservation commissioners, selectmen, and town administrators, have testified before state agencies to protest the pipeline, and are continuing to take action to mobilize against the project.

If you share these concerns, one option for staying up to date on developments specific to the Neponset towns is to visit www.stopthepipe.org or by following www.facebook.com/nosharongaspipeline.