NepRWA’s latest project takes our regional approach to new heights, by bringing together NepRWA, the Charles River Watershed Association, the Dedham-Westwood Water District, as well as the Towns of Canton, Dedham, Stoughton and Westwood, along with hydrologists and engineers from the the Horsley Witten Group.

The new effort takes a multi-faceted approach to restoring more natural river flows in the two watersheds and is funded by a grant from the MassDEP Water Management Act Grant Program. The joint project has three major elements described below. 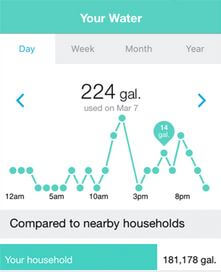 The Dedham-Westwood Water District is taking an innovative water conservation effort. With leadership from the Charles River Watershed Association and assistance from NepRWA, the District will roll out the DropCountr App for its customers.

With a click of the app, the District’s customers will be able to get up to the minute alerts on their water usage, as well as individualized recommendations on how to save based on their personal usage patterns. Look for more information soon as the system is set up and an intensive outreach campaign begins to roll out in a few weeks.

Using Science to Reduce Impacts and Save Money

NepRWA will also be working with Canton, the Dedham-Westwood Water District, and Stoughton, to continue to refine a groundwater model that allows for site specific evaluation of impacts of municipal water withdrawals on local waterways. The goal is to use the model to evaluate a variety of strategies such as using different water sources at different times of year, to come up with a set of recommendations on how to maximize protection of the river while minimizing costs for communities.

Runoff as a Resource to Restore Groundwater Recharge

The final piece of the project aims to restore some of the natural rainwater recharge into the ground that was lost when parking lots and roads replaced forests and meadows. It is this recharge of rain into the ground that feed the river and our drinking water supplies in the summer. To fix this problem, we will be designing systems to capture rain runoff at six sites, clean it up, and artificially recharge it back into the ground. We will be preparing designs for two sites each in Dedham, Stoughton and Westwood in partnership with each community’s public works and engineering departments, and will then seek funding through future grants for construction.

It Pays to Be Proactive with Your Water 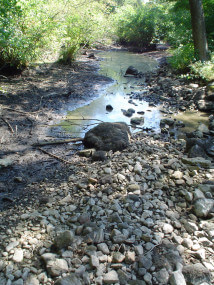 Proactive regional efforts like these can play a significant role in helping to restore more natural streamflows to the Neponset River. The Neponset faces a large net loss of water especially in the summer months, with some 120,000 people withdrawing some or all of their drinking water from wells that are ultimately connected to the river, and very little of that water ever being returned to the river and watershed.

The project will also benefit water users in the participating town by helping to make local drinking water supplies more resilient in the face of droughts, such as the severe one we saw last summer. And finally it will give the participating communities a jump start on meeting water withdrawal permitting requirements under the state’s Water Management Act, which is scheduled to begin re-permitting all water withdrawals in the Neponset Watershed during 2017.

Special thanks to the Dedham-Westwood Water District for serving as the grantee on behalf of all the project partners.