Rattlesnake Hill in Sharon has been spared from development!

On November 5, 2019,  Sharon Town Meeting voted to use Community Preservation Act funds and a grant from the state to purchase and preserve most of this 337-acre parcel of natural open space, which has been classified as Priority Habitat by the Massachusetts Natural Heritage & Endangered Species Program (NHESP).

Rattlesnake Hill’s granite dome rises to an elevation of 431 feet, affording views of Boston and Cape Cod. Parallel scrape marks in the bare granite at the summit are evidence that glaciers up to a mile thick advanced and retreated over Massachusetts during the last ice age.

The rocky terrain is ideal habitat for timber rattlesnakes, but no sightings have been reported in recent memory. Today the timber rattlesnake is one of the most endangered species in Massachusetts, having sustained the largest decline of any native reptile species in the past 150 years.

Conservation Commissioners, advocacy groups and residents had been trying to preserve Rattlesnake Hill for more than 20 years. It had been slated first for a 624-unit senior living community, and subsequently for a 250-unit 40-B housing development. In the end, the developer elected to build only five houses along Mountain Street and sell the rest of the land to Sharon for preservation. 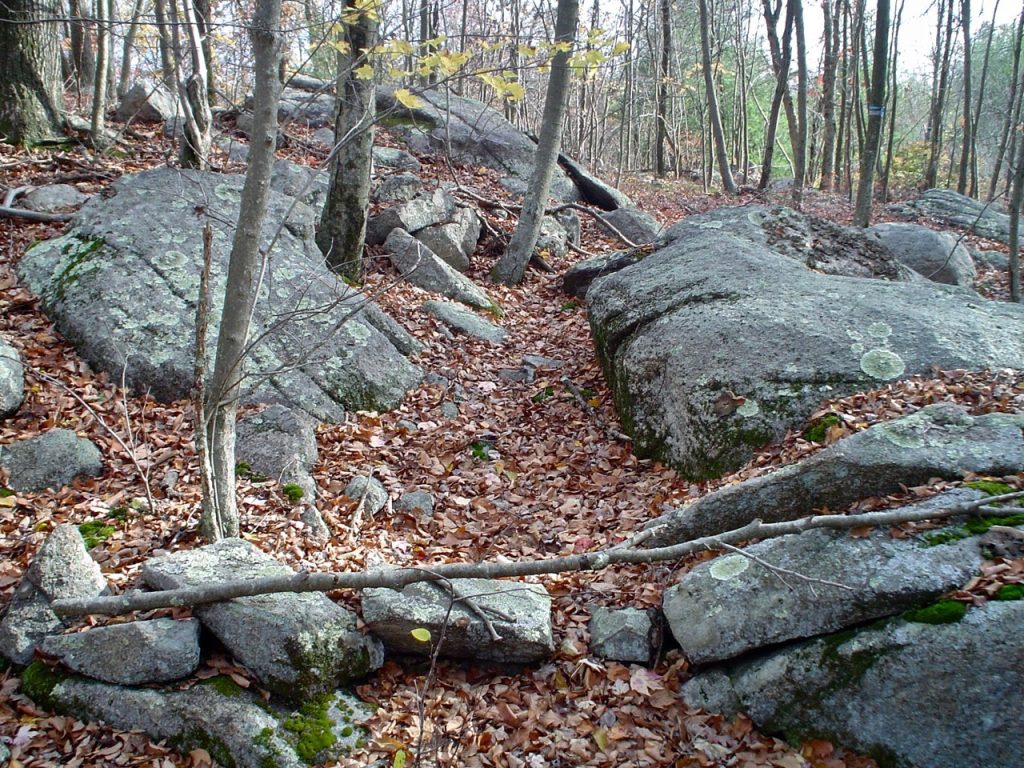 One response to “Rattlesnake Hill in Sharon has been spared from development!”