The Montclair/Wollaston neighborhood of Quincy made their feelings clear when they learned about a proposed development project last week. Boston Property Ventures led a community meeting organized by City Councillor Ian Cain to get feedback on their preliminary proposal to build a 65 unit building and 10 townhouses at 0 Harriet Avenue.

The problem? One is that the parcel is in an environmentally sensitive area. In addition to environmental issues, neighbors expressed concern over increased traffic and its impact on congestion and public safety in a densely developed residential neighborhood. 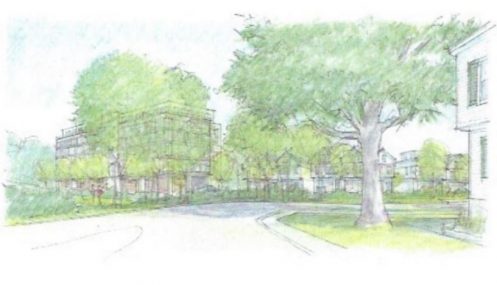 The Neponset River Watershed Association has some significant concerns with the location. Specifically:

It’s important to note that the plans are preliminary, and the Quincy-based developer has expressed his interest in finalizing a plan that works for the community. However, it’s unclear whether any development could be accomplished on this parcel without harming the salt marshes, wildlife, and water quality or further burdening the neighborhood.

The project will need to be submitted to the Conservation Commission and the Planning Board before moving forward. Interested persons should plan to participate in the permitting process—keep an eye on the agendas, usually published 48 hours before each meeting.