At the end of March, the Milton Conservation Commission toured the state Dept. of Conservation and Recreation’s proposed extension of the Neponset River Trail, from the Central Avenue bridge, about a mile upstream to the site of a new 150-ft bridge that will connect with Ryan Playground in Mattapan.

The tour traversed a portion of the riverbank that has been in public ownership for over a century but has had few visitors in recent years, being walled off by the MBTA tracks behind Eliot St., not to mention several decrepit chain-link fences near Capen St. Here’s how DCR mapped the route in 2011:

I got to know this area about fifteen years ago, when I explored it while compiling a plant list for the Boston Natural Areas Network.  The protected corridor is nearly 500 ft wide, much of it occupied by an artificially enlarged portion of the channel known as the Marsh Islands, where the flow splits to pass several boat-shaped grassy islets that are sometimes overflowed, this time of year. 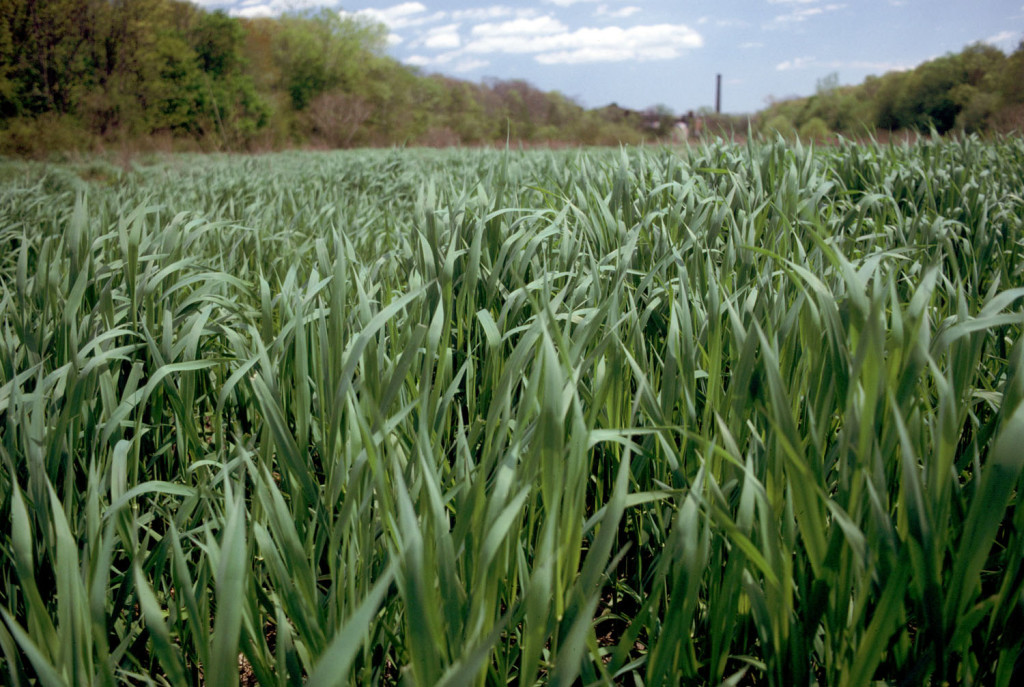 The islands formed atop fine sediments that collected in an elongate dug-out mill pond behind the now-vanished Jenkins Dam just upstream of Central Avenue. The dam was badly damaged by Hurricane Diane in August 1955 and subsequently removed, and the vegetation that colonized the sediments prevented most of them from washing away.

The Milton portion of the path will run upstream from Central Avenue along a wooded corridor between the MBTA tracks and the river, passing the Valley Road stop en route. Though the woods are dense and scratchy, the smooth and level top of the bank betrays their artificial origin; they sprang up after the bank was filled, graded, and armored in the early 1960s, as part of a flood-control project. The high bank ensures that path users will have clear views of the islands and the Mattapan bank, opposite. 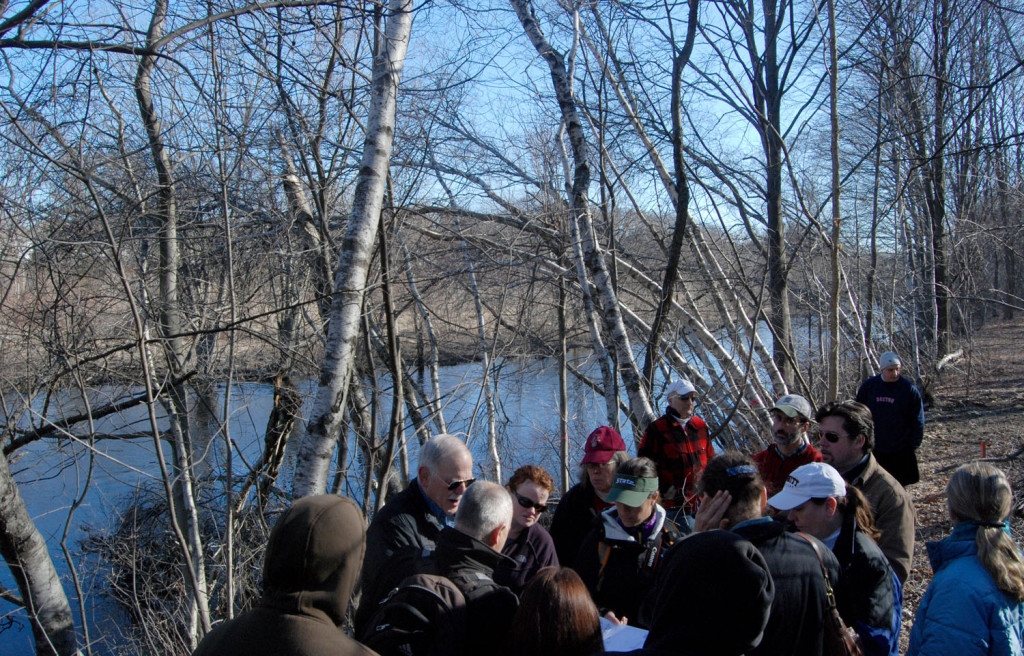 The Conservation Commission has jurisdiction over the project because it lies within 200 ft of the river’s high water mark, and is seeing to it that proposed plantings are limited to appropriate native species, and that any runoff generated by the work does not degrade water quality. But, construction costs, estimated at $4 million, have not yet been funded.

The river narrows abruptly above the islands, and its bed changes from silt to gravel. Here, in a dry October, the water may be only a few inches deep. The view downstream is one of my favorites anywhere along the river. 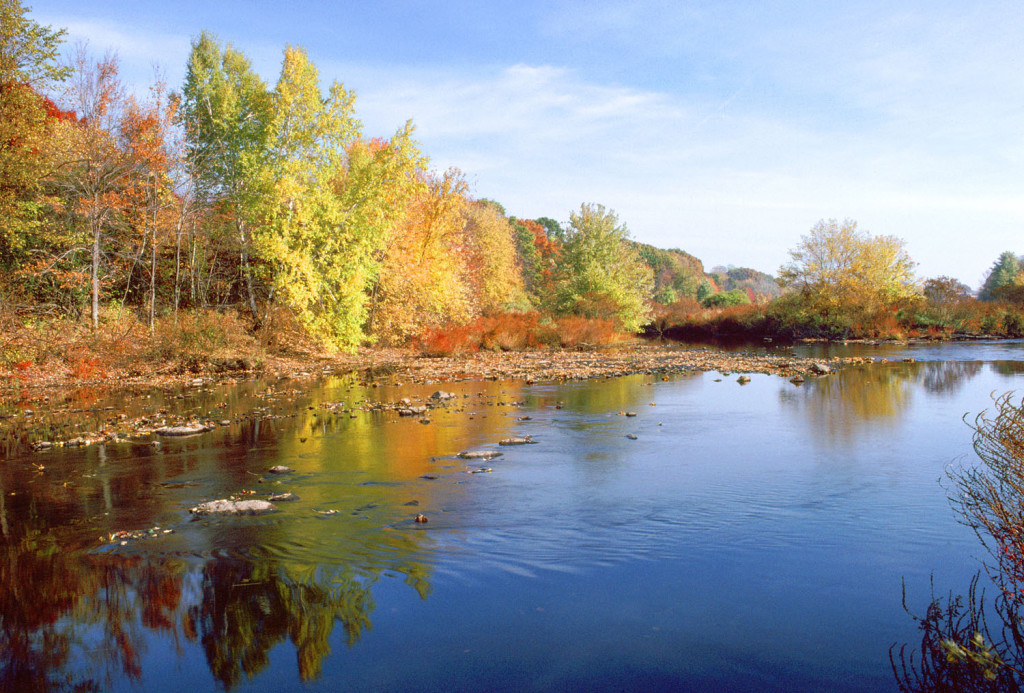