The month of June was significantly drier than average, worsening the already significant drought in the region. 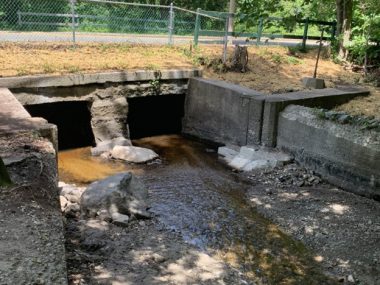 On the morning of June 9th, forty-eight brave volunteers ventured through the rainy morning to their sampling sites.  Every volunteer plays an important role in collecting data and helping to inform our understanding of the water quality of the Neponset River Watershed. Here’s to four more months of successful water monitoring this season!

Unfortunately, due to backlogs and staffing issues at the Massachusetts Water Resources Authority (MWRA), as of 8/10/22, we are still waiting for our June E. coli and nutrient data.

The two main sources of dissolved oxygen in our streams are aquatic plants that release oxygen as well as fast-moving waters that cause air to be mixed into the water; additionally, warmer water is able to hold less dissolved oxygen than colder water.  Due to the slightly warmer temperatures combined with the low rainfall, the dissolved oxygen levels in June were, on average, lower than they were in May.

Low dissolved oxygen levels are linked to drought conditions and sustained high temperatures and can lead to a reduction in the population sizes of the numerous aquatic species that are reliant on oxygen in the water.

Seventy-five percent of the sites at which dissolved oxygen measurements were taken reached the recommended number of milligrams of oxygen per liter for cold-water fish. A total of 10 of our measured sites had lower than recommended dissolved oxygen levels, with 5 falling below warm water standards as well.

The dissolved oxygen results are summarized in the graph below: 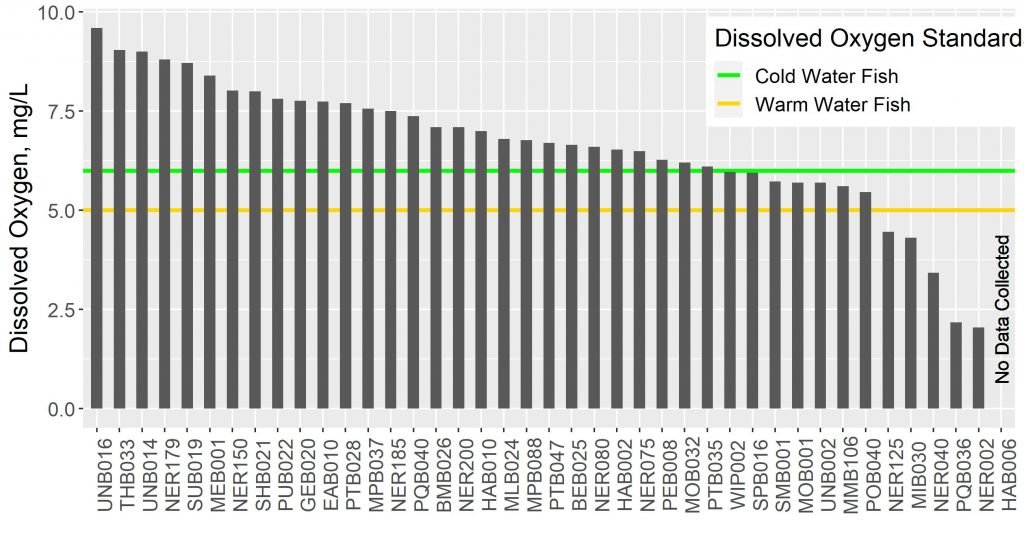