A wet summer has slowed the hotspot monitoring program this year, but we have still made progress in identifying pollution issues. So far this summer we have investigated Mother Brook in Dedham, Pequid Brook in Canton, Hawes Brook and Germany Brook in Norwood, and Steep Hill Brook in Stoughton.

In May, a broken water main was discovered along Hawes Brook in Norwood and was immediately repaired by the Norwood DPW. While drinking water doesn’t seem like it would be a source of pollution, the chlorine and fluoride in drinking water can be toxic to some sensitive aquatic species.

High dry weather bacteria levels discovered in our CWMN data tipped us off to problems in Mother Brook and Germany Brook. Hotspot investigations in these waterbodies discovered contaminated outfalls which we suspect are the cause of the high bacteria levels. We plan to resample these areas to confirm the results and hope to work with the towns to get speedy repairs of each.

Pequid Brook in Canton is plagued with extremely low dissolved oxygen levels which are harmful for fish and other aquatic animals. We investigated areas throughout its watershed and have been unable to locate an obvious cause for the low oxygen levels. We will continue to monitor the situation in hopes of finding a solution to the issue.

Investigations in Steep Hill Brook have not turned up anything out of the ordinary, which is great news. We are monitoring the brook because a large portion of its watershed is a gap in our CWMN monitoring coverage, and we want to be sure that there isn’t anything bad going on that we are unaware of.

In addition to all of these missions we have been conducting a continuous dissolved oxygen monitoring program in Ponkapoag Brook in Canton, Mill Brook in Medfield, and Turner’s pond in Walpole. These studies will be wrapping up in October and more detailed report on the studies and their findings is forthcoming. 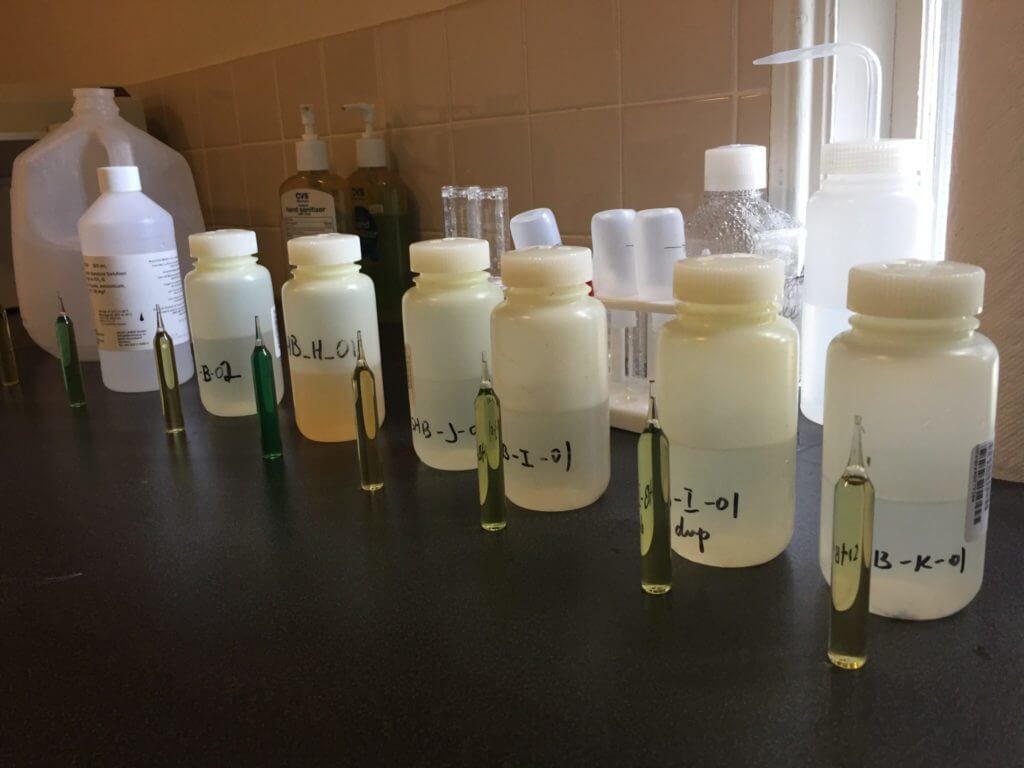 Ammonia Vials in the NepRWA Lab