Waders, nets, and teens make for a fun morning! 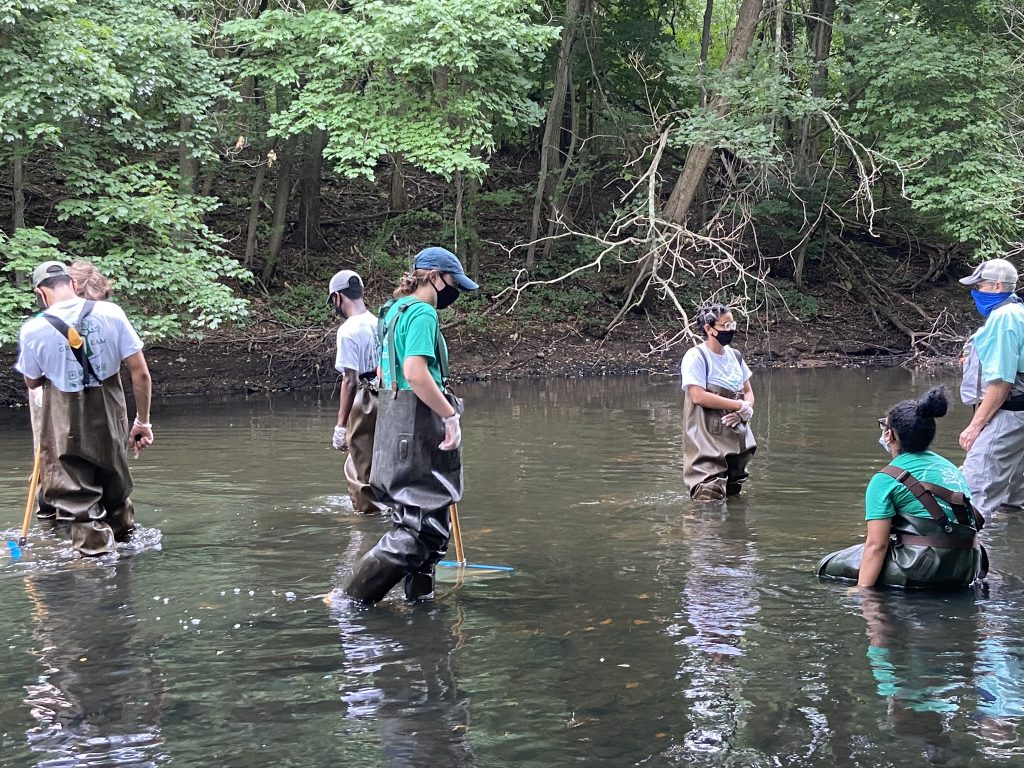 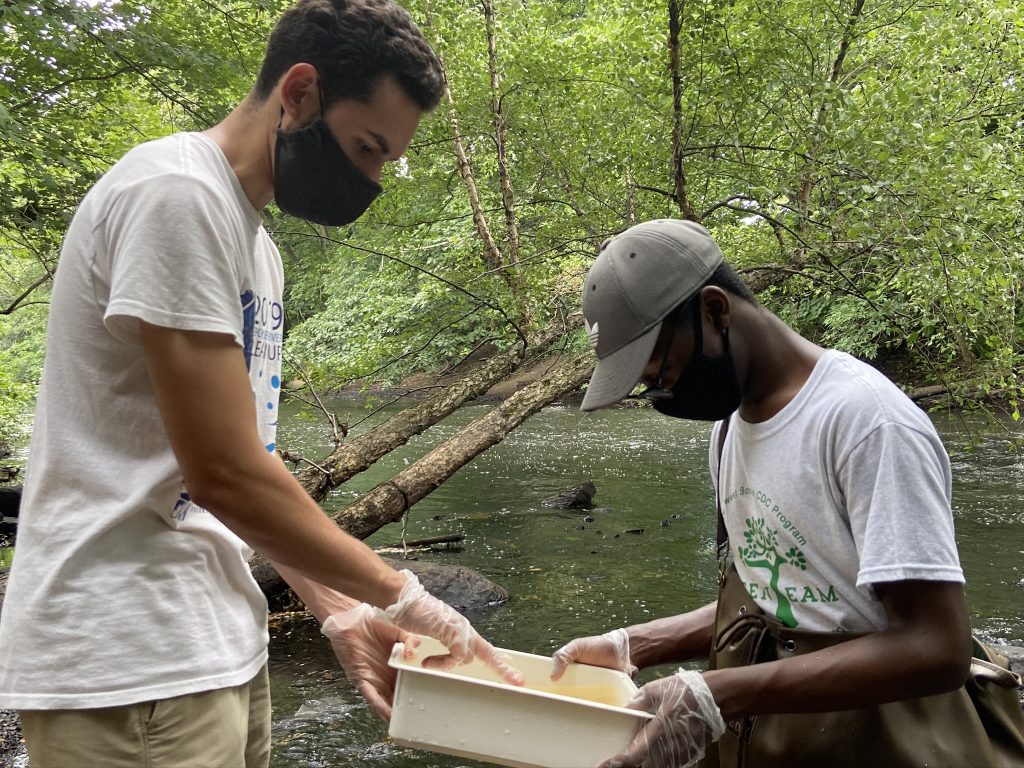 Macroinvertebrates are bugs, snails, and clams that live most of their life underwater. Some of these critters cannot survive if there is too much pollution in the stream while others will thrive even in highly polluted water.

Based on which macroinvertebrates the Green Team found and which species were absent we were able to get an idea of how much pollution was in the water. The Team collected several pollution sensitive caddisfly and mayfly larvae indicating that this portion of the Neponset is not too polluted.

After the macroinvertebrate identification, Rui Coelho and Andre Alguero, members of Greater Boston Trout Unlimited, shared their passion for conservation through a fly-fishing demo. They showed off how their artificial “flies” mimic the same macroinvertebrates Green Team members had identified in the stream. 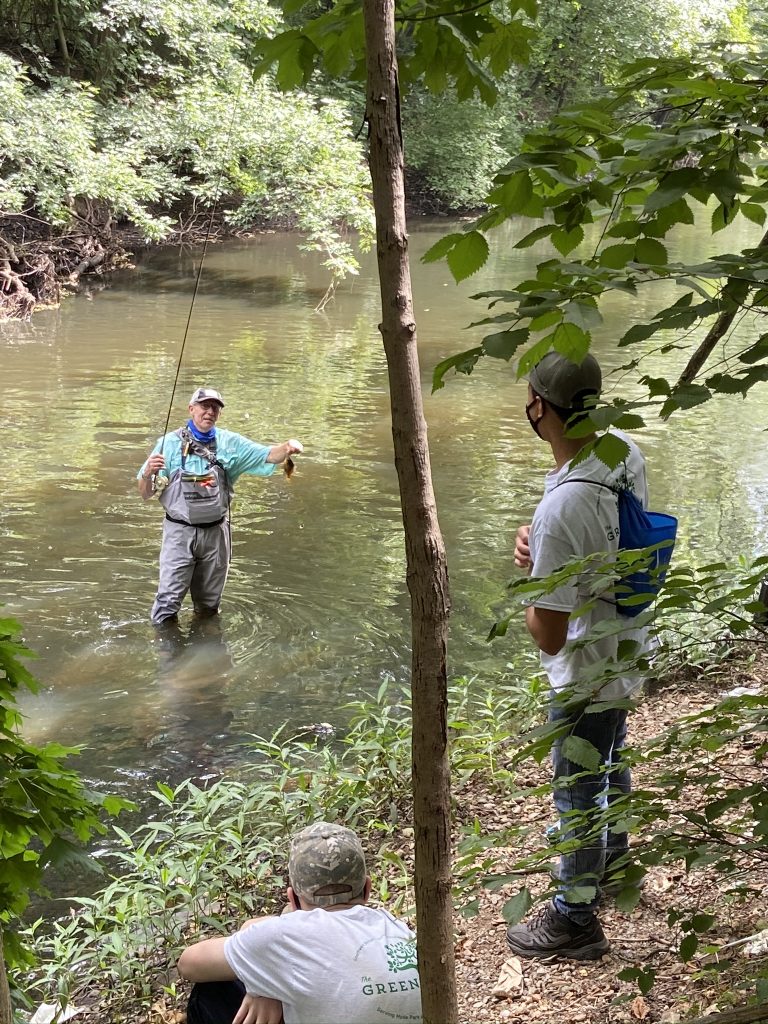 Everyone cheered as Rui used a fake moth to catch (and release) a sunfish.

Green Team members came away with a new understanding of the diversity of life in the Neponset River as well as a glimpse into what an environmental stewardship career could look like for them!

The Green Team is a youth job readiness and environmental stewardship program organized by the Southwest Boston Community Development Corporation. The twenty members and leaders who comprise the team are mostly from Hyde Park, Mattapan, and Dorchester and all have a passion for the environment and an interest in environmental careers.