This year the Citizen Water Monitoring Network (CWMN) was made possible by 52 dedicated volunteers, who collected 480 water quality samples at 41 locations from May through October. 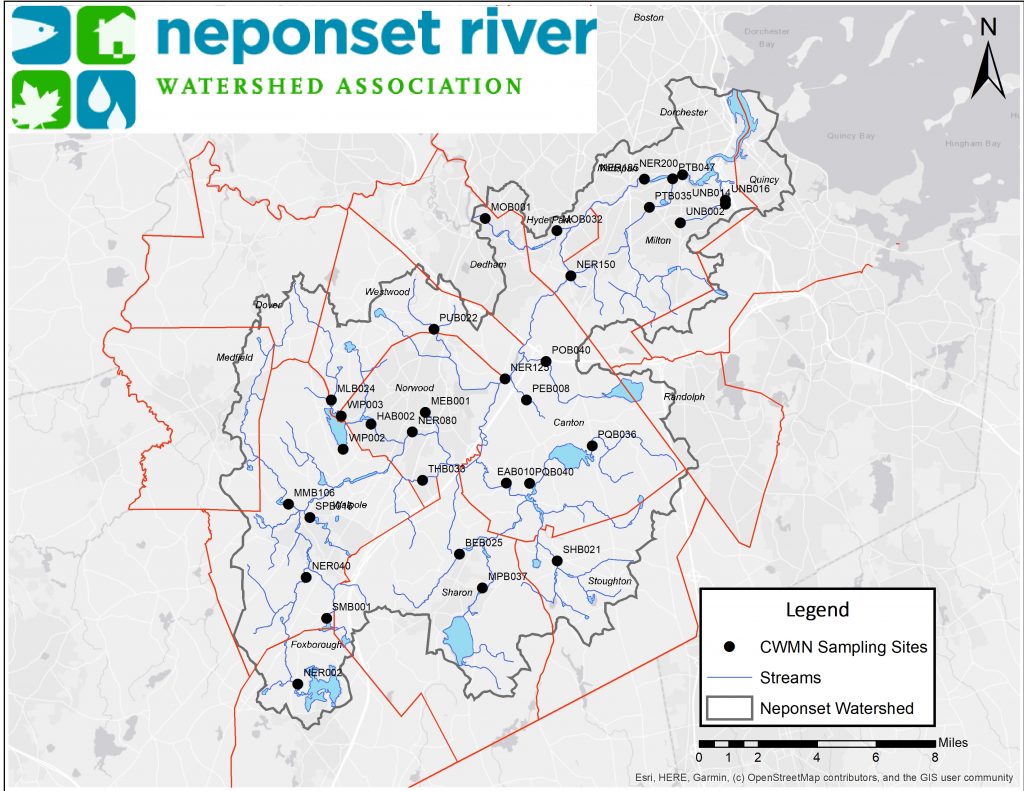 All categories were determined based on the range of compliance we saw in the data.  To determine what an “average year” looks like in the Neponset River, we took an average of the last 10 years of data and categorized it as described above.

The following graphs provide a ‘snapshot’ of how water quality in 2019  compared to the average year in the Neponset River.  The y axis (vertical) shows the number of sites (out of 41 total) that fell into each category.  The x axis (horizontal) shows the categories for this year vs. the average year. ​ 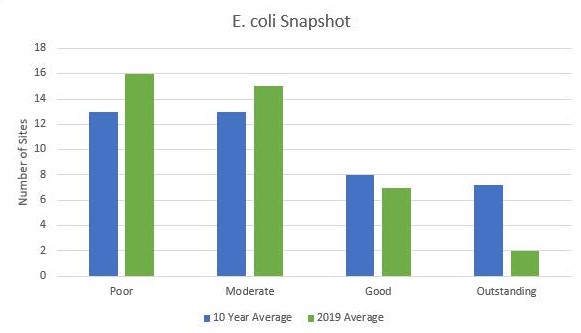 Compared to the average year, this year saw an increase in poor and moderate sites, and a decrease in good and outstanding sites. 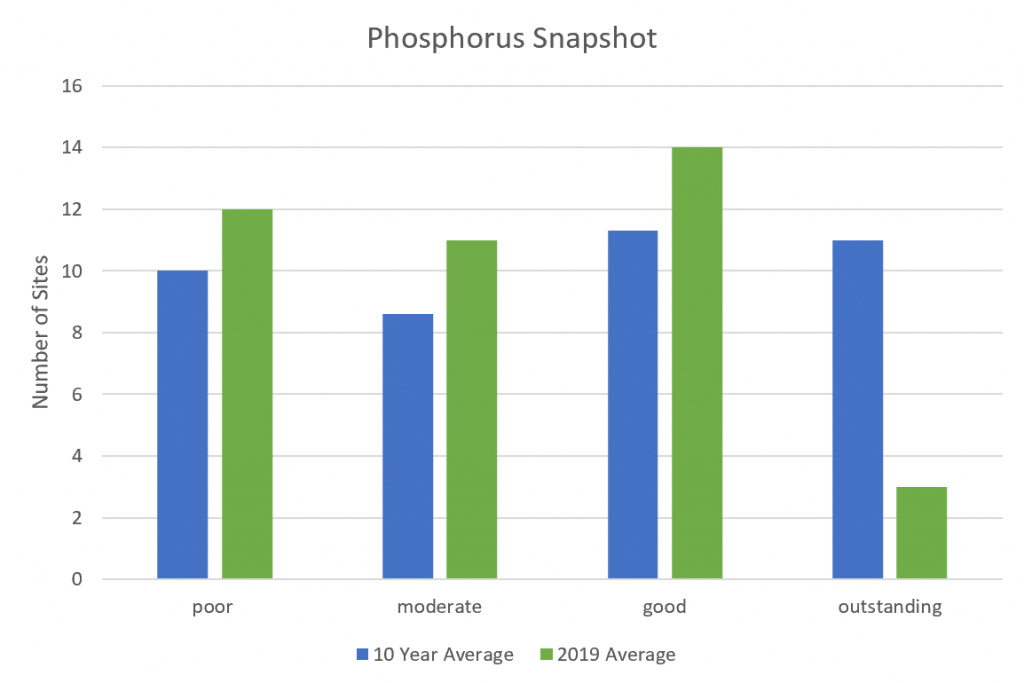 Figure 3: A graph showing 2019 vs. the average year for phosphorus. 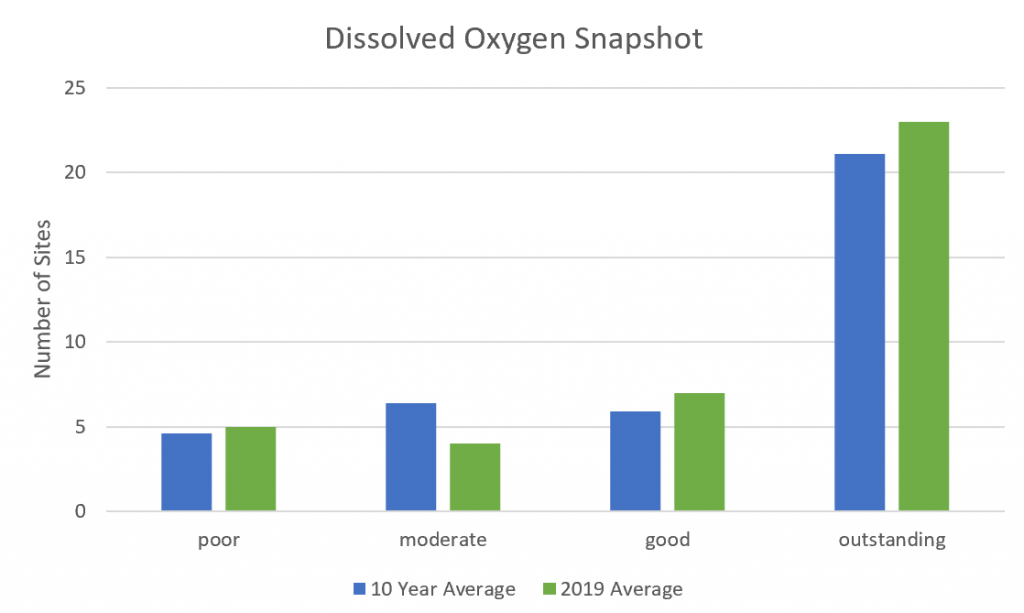 Figure 4: A graph showing 2019 vs. the average year for dissolved oxygen.

On the other hand, dissolved oxygen was almost the same as the average, with a little improvement.  Figure 4 shows slightly more good and outstanding sites than the average year.

Now that we have an idea of how the Neponset River did this year compared to an average year, we wanted to if the results were a single year blip, or part of a larger trend. The following graphs show how the water quality has changed over the past ten years.  The y axis shows the number of sites in each category, and the x axis shows the progression of time.  Above the graph are our water quality categories. 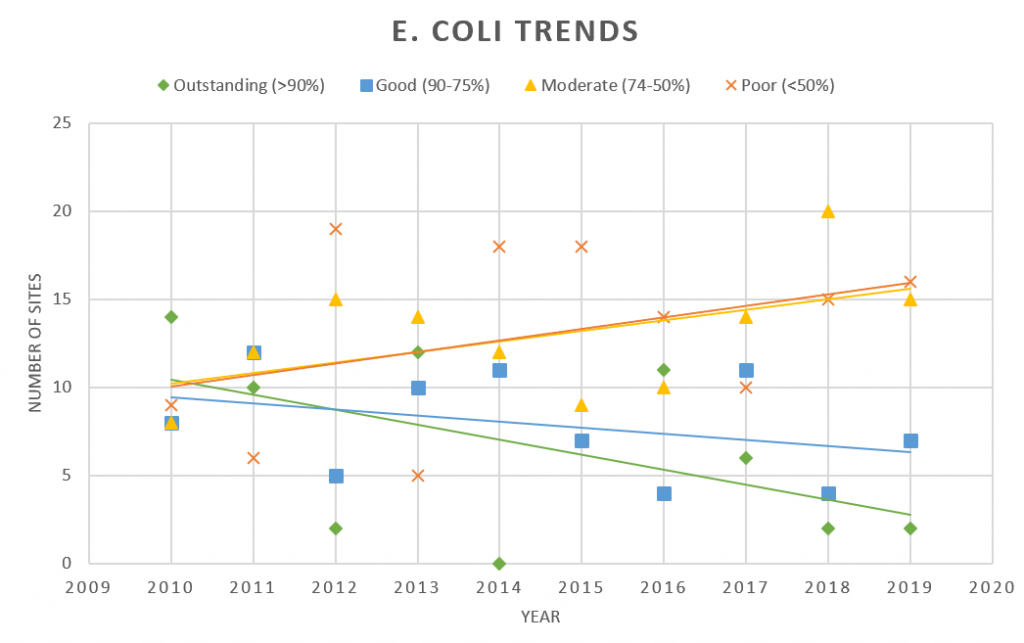 The 10 year trend shows that for the parameter E. coli, the number of poor and moderate sites has been steadily increasing .  It also shows a pretty steep decline in outstanding sites, with good sites following a similar trend.  This means E.coli pollution has been getting worse over the past ten years.​ 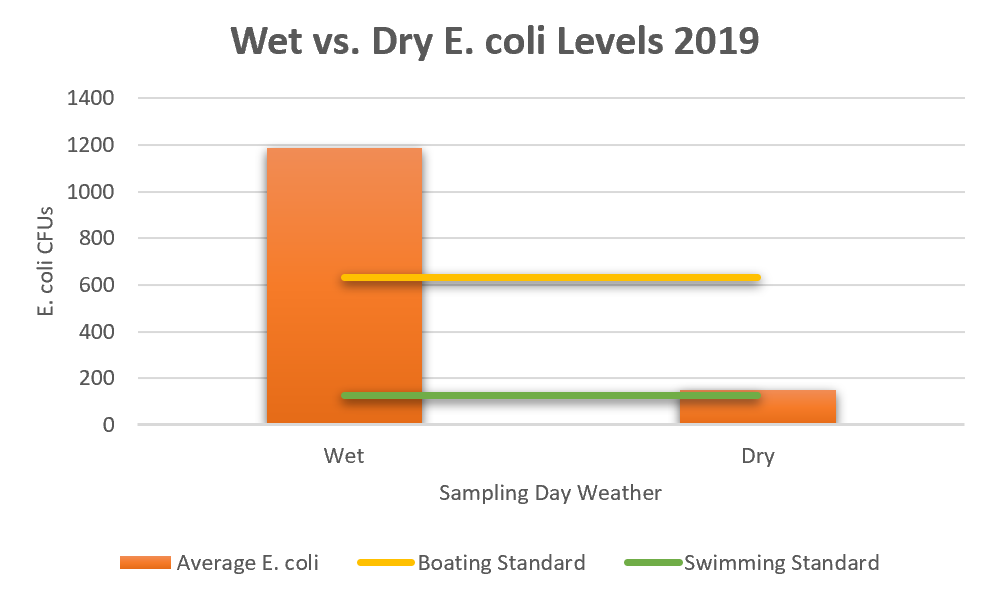 Figure 6: A graph showing the difference in bacteria levels during wet and dry weather sampling days.

See these articles for information on what we’re doing to reduce the impact that stormwater pollution has on the Neponset River. 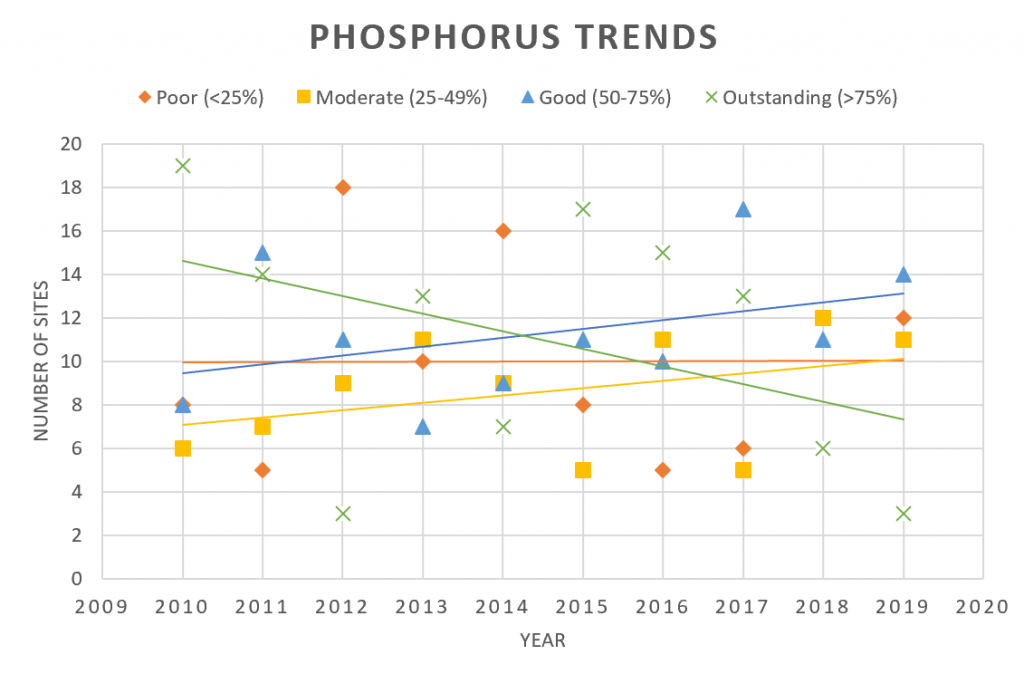 Figure 7: A graph showing the long term phosphorus trends for the Neponset River.

The total phosphorus trends were a little more messy than E.coli. We’re seeing a steep decrease in the number of outstanding sites, and the number of good and moderate sites are on the rise.  However, the number of poor sites has remained largely the same.  This means that over 10 years, many of our outstanding Phosphorus sites have become just good or moderate. 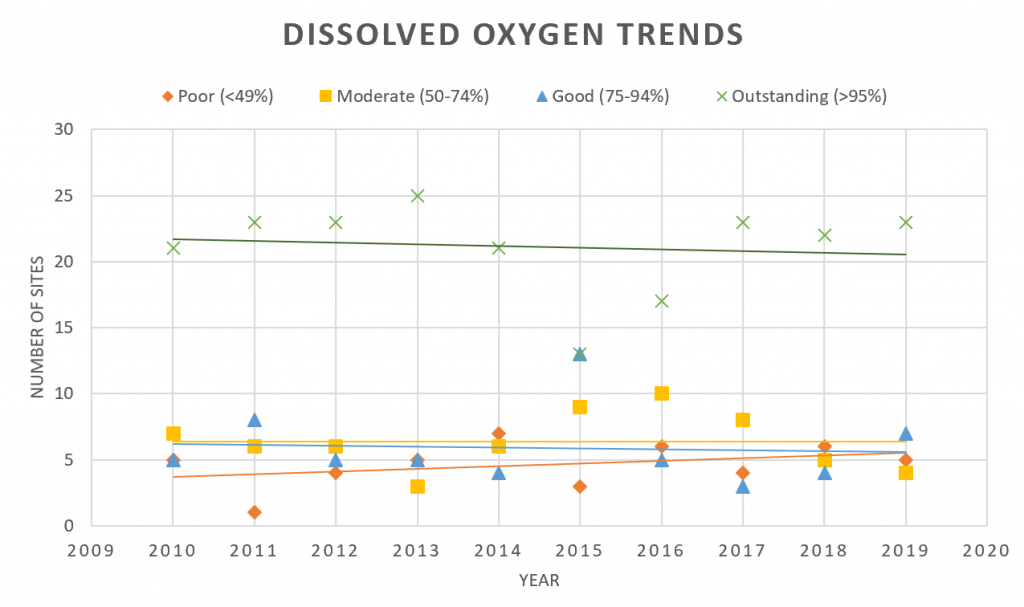 1). Continuing to monitor the water quality of the Neponset River.

4). Awareness and Education through outreach campaigns and school programs

None of these programs could happen without your continued support. Together we can continue to make a positive impact of the water quality of the Neponset River. Donate Today!

Thank You to Our Volunteers

Finally, the Neponset River Watershed Association is very appreciative of the time and effort given by our CWMN volunteers. We could not continue to monitor the health of the Neponset River and its tributaries without their help.