During the course of this study, we surveyed trout at over 60 sites, assessed 113 culverts, and engaged 54 volunteers in over 1000 volunteer hours! 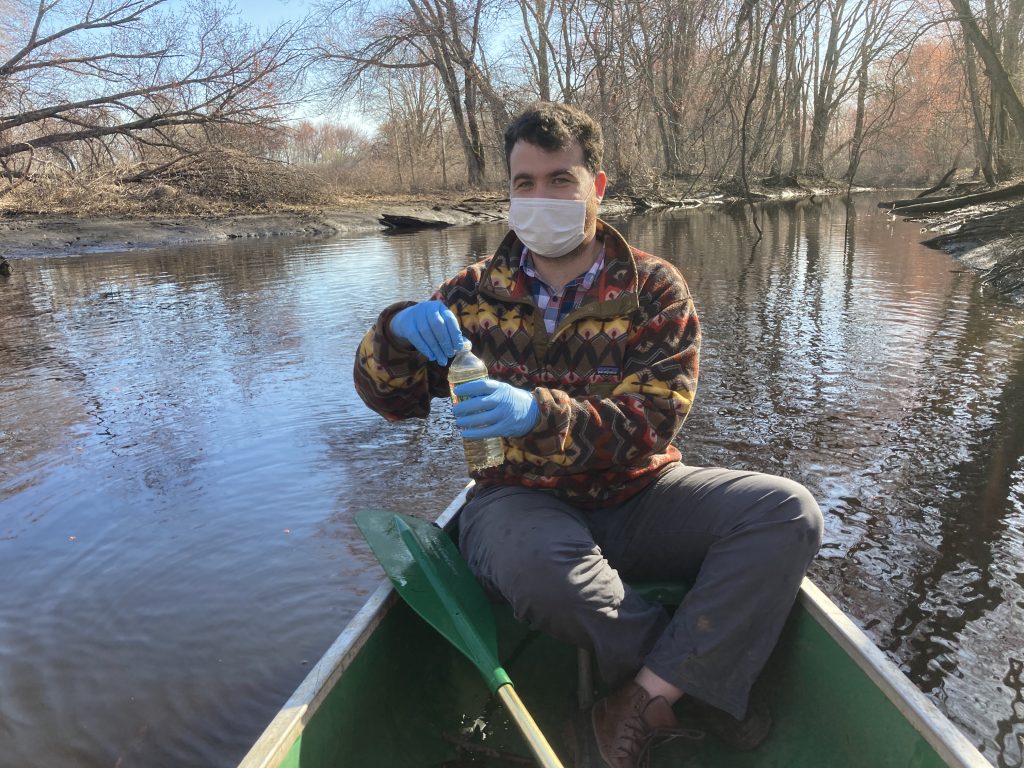 In September 2021, we completed our three-year Embrace-a-Stream study of cold-water fish, which investigated the distribution of brook and brown trout in the watershed and habitat quality.

Thank you to everyone who participated!

The goals of the Embrace-A-Stream project were to:

In the summer of 2020 and the spring of 2021, we sampled eDNA at multiple sites along 14 streams within the Neponset River Watershed and the samples were analyzed at the University of Maine.

eDNA stands for environmental DNA. It is the DNA that sloughs off organisms and in the aquatic environment. It can be collected in water samples and analyzed to determine the different species that occur in the vicinity of the water sample.

Brook trout rely on certain habitat features to survive and complete their life history phases.  For example, they require cool water temperatures and coarse substrate.  Stream temperature was monitored at 45 sites to identify locations that have temperatures that harm or even kill trout. 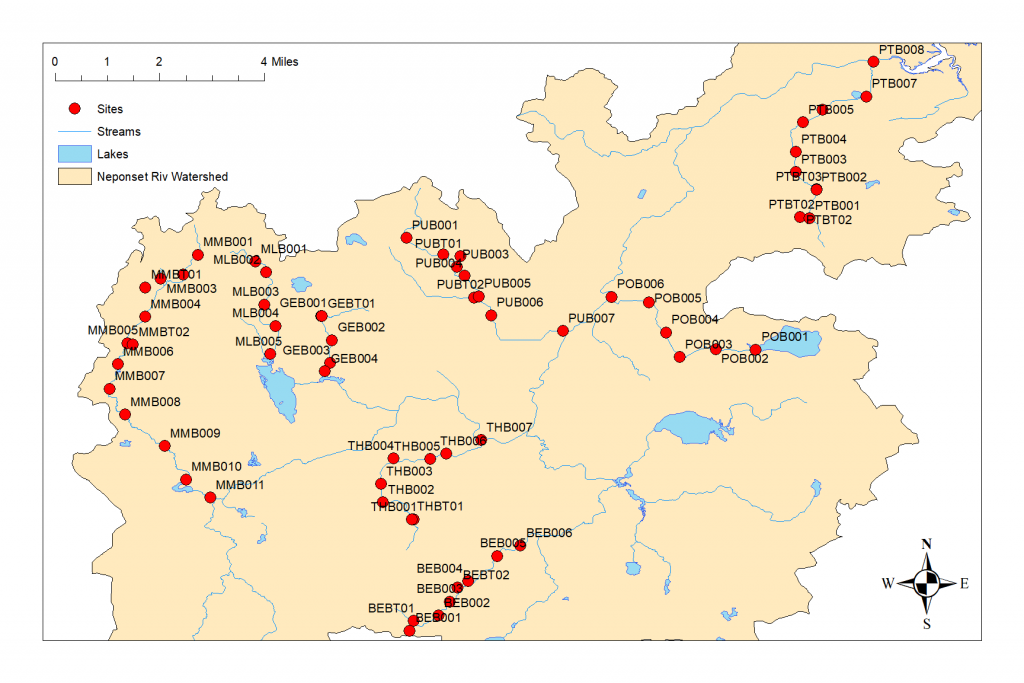 Additionally, in the spring and summer of 2021, we collected monthly habitat data on stream characteristics that we identified as being important for trout survival, such as maximum pool depth and substrate type.

Habitat data was collected monthly at 21 stream sites within eight waterbodies from April through August of 2021: Beaver Brook, Ponkapoag Brook, Mill Mine Brook, Purgatory Brook, Germany Brook, Mill Brook, Traphole Brook, and Pine Tree Brook.  We selected 10 sites that had positive brook trout eDNA results from 2020 and 11 sites that had negative eDNA results so that we could compare differences in habitat.

Stream barriers like dams and culverts prevent fish and other aquatic organisms from moving within the watershed.  Removing the obstruction can open up important habitat for foraging or spawning that was previously inaccessible. 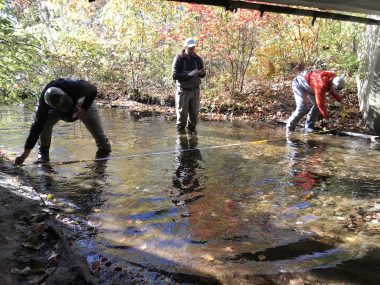 Culverts were scored for their environmental impact.  Long narrow culverts with large drops are more impactful than wide culverts with natural stream bottom and the scores reflected this. In addition to the culvert documentation and scoring, we compiled data on dam location from the Office of Dam Safety and from a watershed-wide dam survey that NepRWA completed in 2000.

Despite the challenges of organizing volunteers during the pandemic, we engaged 54 volunteers over 38 data collection days for a total of 1,156 volunteer hours (see the table below for a breakdown of the volunteer activities).

We surveyed trout at over 60 sites in the Spring of 2020 and then again in the Summer of 2021, assessed 113 culverts for fish passage, and monitored water temperature, dissolved oxygen, and habitat characteristics.

The table below shows the number of culverts assessed in each stream.  The label on each column refers to the level of impact that the culvert has on aquatic possibility (i.e., Significant = a significant barrier to passage). Bolded rows are the streams with brook trout eDNA.

The amount of land identified for conservation and restoration by waterbody. The total acres of riparian buffer within each subwatershed followed by the number of parcels displayed in parentheses. We divide restoration into two categories of undeveloped open space and impervious areas because of the implications of restoration difficulty.

With all this data, we compiled a series of recommendations that can be used to plan future projects and future studies.

Our final report shows the list of recommended next steps that will help further restoration goals in the watershed.