Much to the disappointment of the Neponset Watershed Association and the 1,328 co-signers of a petition circulated by the Association, MassHousing has given the green light for the Milton Mews 40b project to move forward to the next stage of permitting.

The Milton Mews project would consist of a 276 unit apartment complex on Brush Hill Road in Milton adjoining the DCR Neponset River Reservation, located entirely inside the Fowl Meadow Area of Critical Environmental Concern, and including large areas mapped by the state as priority habitats. Map and additional background. 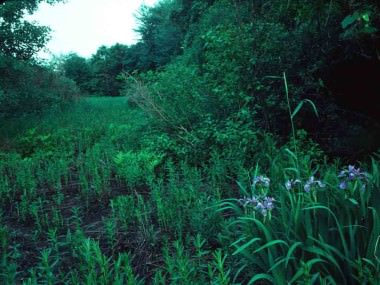 Earlier this summer, the Association filed a petition in opposition to the project co-signed by 1,328 people, along with more detailed technical comments signed only by the Association itself. The petitioners had hoped to persuade MassHousing to deny the Project Eligibility Application for the development, an uphill battle given that such permits are almost never denied.

While disappointed with MassHousing’s action, the Association remains committed to opposing the project through the many steps of the permitting process which remain, including the comprehensive permit review by the Milton Zoning Board of Appeals, and wetlands permitting before the Milton Conservation Commission.

The Association is supportive of the goal of creating affordable housing and encouraging high density, smart-growth projects, especially in areas that have been previously developed. However, given the uniquely sensitive natural resources which will have to be eliminated in order to accommodate the proposal at the Milton Mews site, the Association feels compelled to oppose it.