Life Goes on Beneath the Ice

We have jackets, and scarves, and hats with little pom-poms on top to help us survive the polar vortexes and bomb cyclones that winter brings, but have you ever wondered what pond critters like frogs and turtles do to survive the frigid New England winters? Reptiles and amphibians are cold-blooded, which means they depend on external heat sources to drive their metabolism. So how does a cold blooded animal survive when the temperatures drop well below zero? Some of the adaptations they have may surprise you. 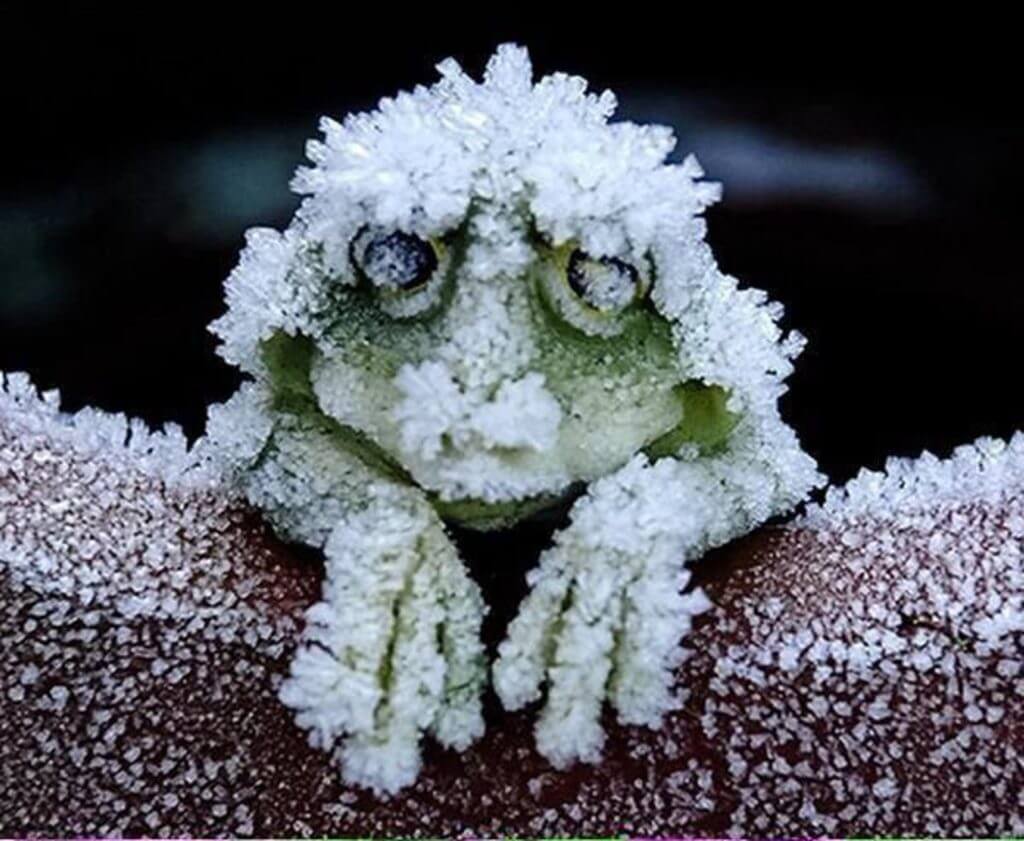 Being trapped under the ice of a frozen pond is likely one of the last places that you want to find yourself, but for many fish, frogs, and turtles this is exactly where they want to spend their winter months. Ponds very rarely ever freeze all the way through to the bottom which means the water under the ice is usually slightly warmer than 0 degrees Celsius. As the ice layer on top gets thicker it becomes a better and better insulator making it harder for the water below it to freeze. This creates an environment that can sustain life below the ice. That being said, life in a frigid oxygen depleted pond isn’t a walk in the park and these animals need to employ elaborate strategies of their own to make it through til spring. 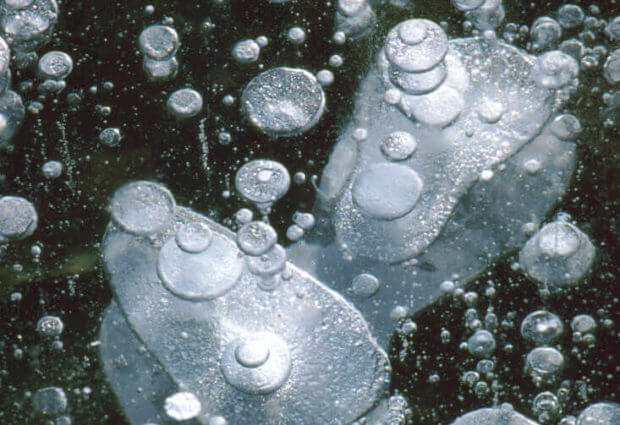 Some aquatic turtles, like painted turtles, burrow down in the mud on the bottom the pond or in muskrat dens for part or all of the winter. And while turtles do need to surface occasionally to breathe fresh air, during the winter they are able to slow their metabolism to the point that they don’t need fresh oxygen for months.

For those of you who payed extra close attention during biology class, you may remember that our cells create lactic acid as they break down more complex sugars into glucose, and without a constant supply of oxygen to complete the process that lactic acid can build up. Think of those sharp cramps you get in your side when you’re running and your muscles aren’t getting enough oxygen. So how do turtles deal with all that lactic acid without a fresh oxygen supply?

Researchers have found that they use their shells. Turtle shells are rich in Calcium, so much like you would pop a calcium-based antacid to neutralize some stomach acid giving you heartburn, turtles adsorb part of their bones and shell to neutralize lactic acid build-up in the winter. Read more about it here.

Not all turtles remain dormant for the entire winter. If you’re brave enough to venture out on the ice and if you’re lucky enough you may catch a glimpse of a snapping turtle cruising below the ice in search of lunch. Or you can just watch this video…

Frogs breathe differently than turtles. For the most part, aquatic frogs absorb oxygen through their skin. Because of this they don’t burrow into the warmer mud like turtles when they hibernate in the winter. They like to lie on top of the mud at the bottom of the pond so that they can get still enough oxygen to breathe. This means that they often need to be able to endure colder temperatures.

At this point you may be thinking, “well great they can breathe down there, but what’s keeping them from totally freezing stiff as a board.” The simple answer is sugar. Frogs and turtles in this part of the world have adapted to the cold winters by pumping their cells full of glucose while allowing the water between the cells to freeze. The glucose prevents the actual cells from freezing, and special proteins in their blood protect their cells from being torn to shreds by ice crystals. This has given some frogs the ability to let parts of their bodies freeze solid while keeping their vital organs protected.

While a frozen pond may seem like a desolate lifeless landscape at first glance, if you look a little bit closer you’ll find that there’s actually a lot going on under the ice.

3 responses to “Life Goes on Beneath the Ice”