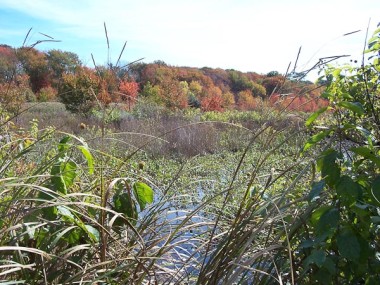 Almost two decades ago, the Neponset River Watershed Association applied for (and got) Area of Critical Environmental Concern status for the Fowl Meadow in partnership with several area towns. The Fowl Meadow includes the central floodplain of the Neponset River which runs from Norwood through Sharon, Canton, Westwood, Dedham, Milton and Boston. In addition to protecting the river and floodplain, it also helps protect the extensive swamps and wetlands in this area, along with the invaluable drinking water aquifers, wildlife habitats and recreational areas, almost 8,000 acres in all.

While Area of Critical Environmental Concern status or ACEC status brings added attention and slightly stronger regulatory requirements to an area, it by no means provides for complete protection. However, two of our local legislators, Representative Walter F. Timilty and William F. Galvin have recently proposed legislation that would greatly strengthen these protections at least in Canton and Milton. These new provisions would provide welcome additional protection for the Fowl Meadow if they are ultimately adopted by the full legislature.

(Boston, MA)  Representatives Walter F. Timilty (D – Milton) and William C. Galvin (D – Canton) are pleased to announce their efforts towards protecting the Fowl Meadow.  Legislation and amendments have been filed that will, if passed, prevent development within 1,000 feet of the Fowl Meadow within Milton and Canton.

House Bills 818 and 819 along with an amendment to HB 3611, a supplemental budget to Fiscal Year 2013, have been filed in order to prevent development in and around the portions of the Fowl Meadow located in the towns of Milton and Canton.

The language was created with the intent of protecting an area of historical and environmental importance to Milton, Canton and the Blue Hills Reservation from development.  Development in the area set forth in the legislation would prove detrimental to the area known as Fowl Meadow.

In addition to the legislation and the amendment, Representatives Timilty and Galvin have convened meetings with House Chairwoman of the Joint Committee on Environment, Natural Resources and Agriculture, Anne Gobi.