Japanese Stiltgrass (Microstegium vimineum), a low patch-forming grass from East Asia, has made its first local appearance. It is now common along Mill Brook, a wooded stream in Westwood that flows southerly into Willett Pond. 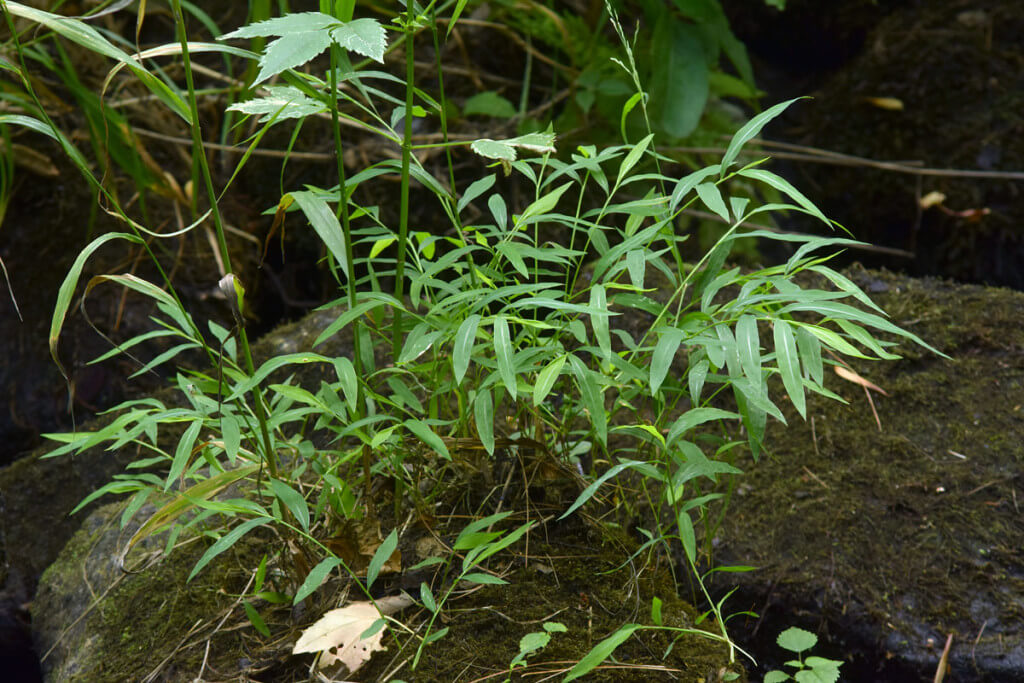 First introduced to the US in Tennessee in 1919, where it is thought to have arrived as packing material for porcelain, japanese stiltgrass has been steadily moving northward for decades and is now a familiar sight in New York and Connecticut, where it covers low banks and sandy bars along small stream channels, but is likely to pop up nearly anywhere. 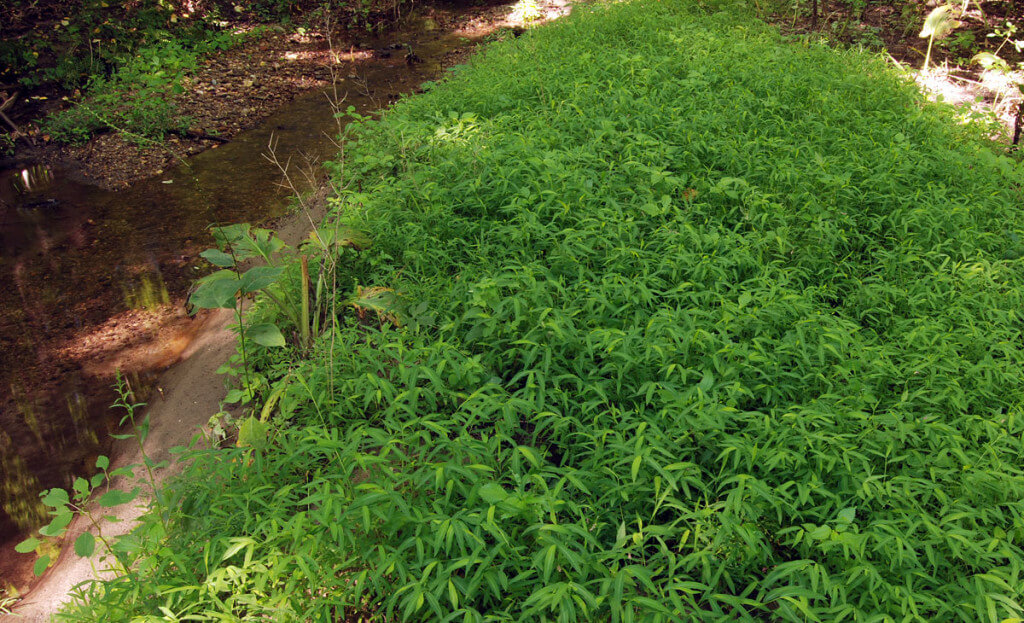 In Massachusetts it appeared in the Connecticut River Valley in Longmeadow in 2000 and has now been recorded at about 100 sites, mostly in Berkshire County. Nearer at hand, it appeared in Mendon in 2004 and Sherborn in 2006, and has since reached Nantucket and New Hampshire. But it was not seen in the Neponset Watershed until botanist Alexey Zinovjev found it twice in the Blue Hills: at the southeast corner of Ponkapoag Pond in Randolph in 2014, and beside Chickatawbut Road in Milton in 2015: 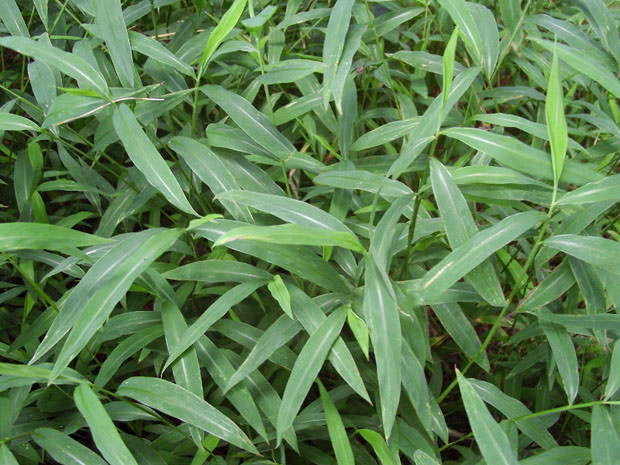 It may soon become more familiar; it was recently ranked as the number one invasive plant of concern by researchers and land managers in the eastern US, perhaps because of its ability to form dense swards in otherwise undisturbed woodlands: 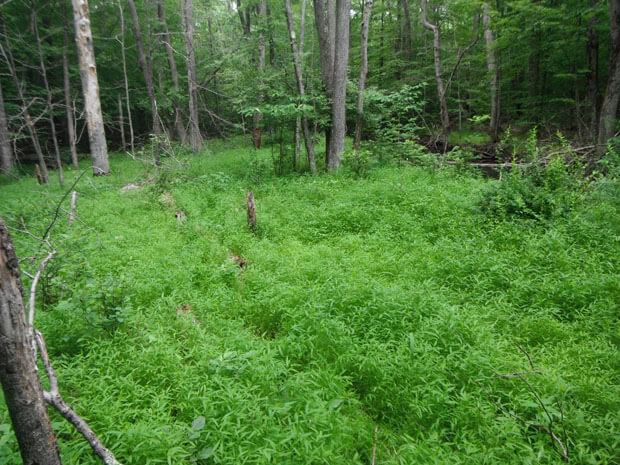 But along Mill Brook it is still not very obvious, occurring in scattered patches on mossy rocks and gravelly banks along the stream channel, but seemingly absent from the adjacent woods.

It’s fun to find new plants, but it’s not much fun to learn that they have the ability to transform habitats and crowd out old favorites. Here’s hoping that this latest addition to our flora won’t soon become as common as dirt.