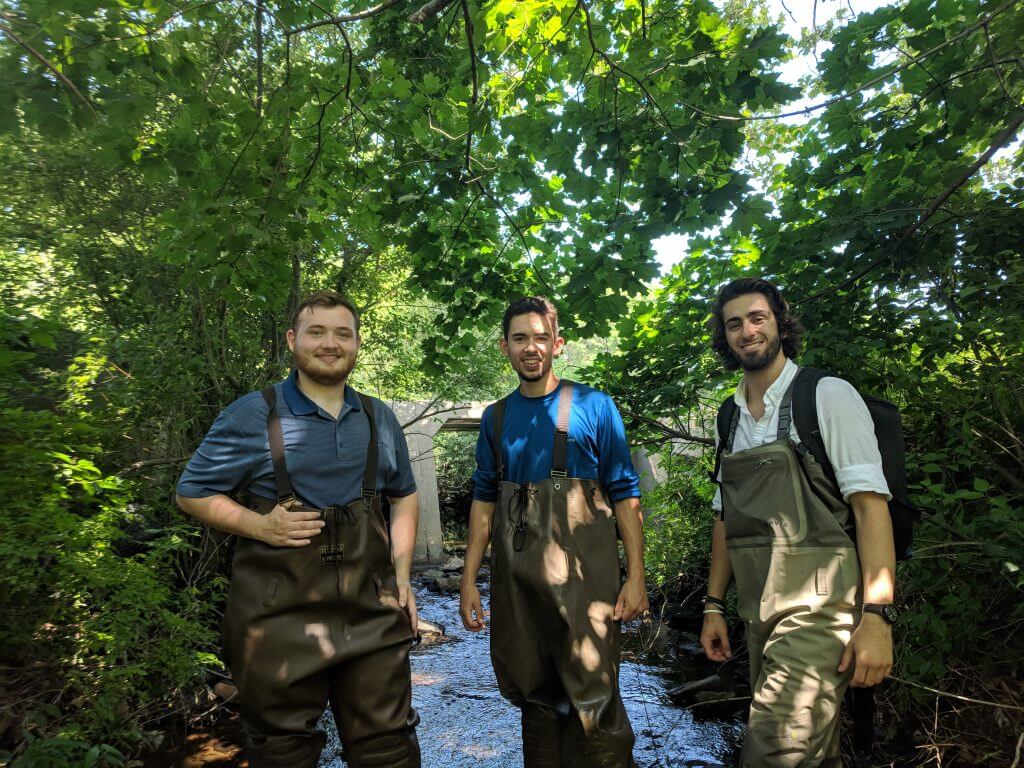 While our monitoring hasn’t uncovered any new sources of pollution, we have documented and confirmed several on-going issues. For instance, the issues around the transfer station in Dedham are being exacerbated by the lack of water in Mother Brook. Dedham has been repairing the dams downstream, and as a result, much of the flow coming from the Charles River has been cut off.  This has caused Mother Brook to turn bright orange from iron decomposition. (See photo below.) The lack of water has also led to elevated levels of bacteria and depletion of almost all of the oxygen in the upper sections of the brook.

Samples taken from the Dedham transfer station in July 2018 contained E.coli levels that were over 1000 times what is considered safe for human contact. See Data below. The EPA defines a problem as any discharge with E.coli >235 MPN, Ammonia >0.5 mg/L, and Surfactants >0.25 mg/L. As you can see these values are well above the indicator thresholds. 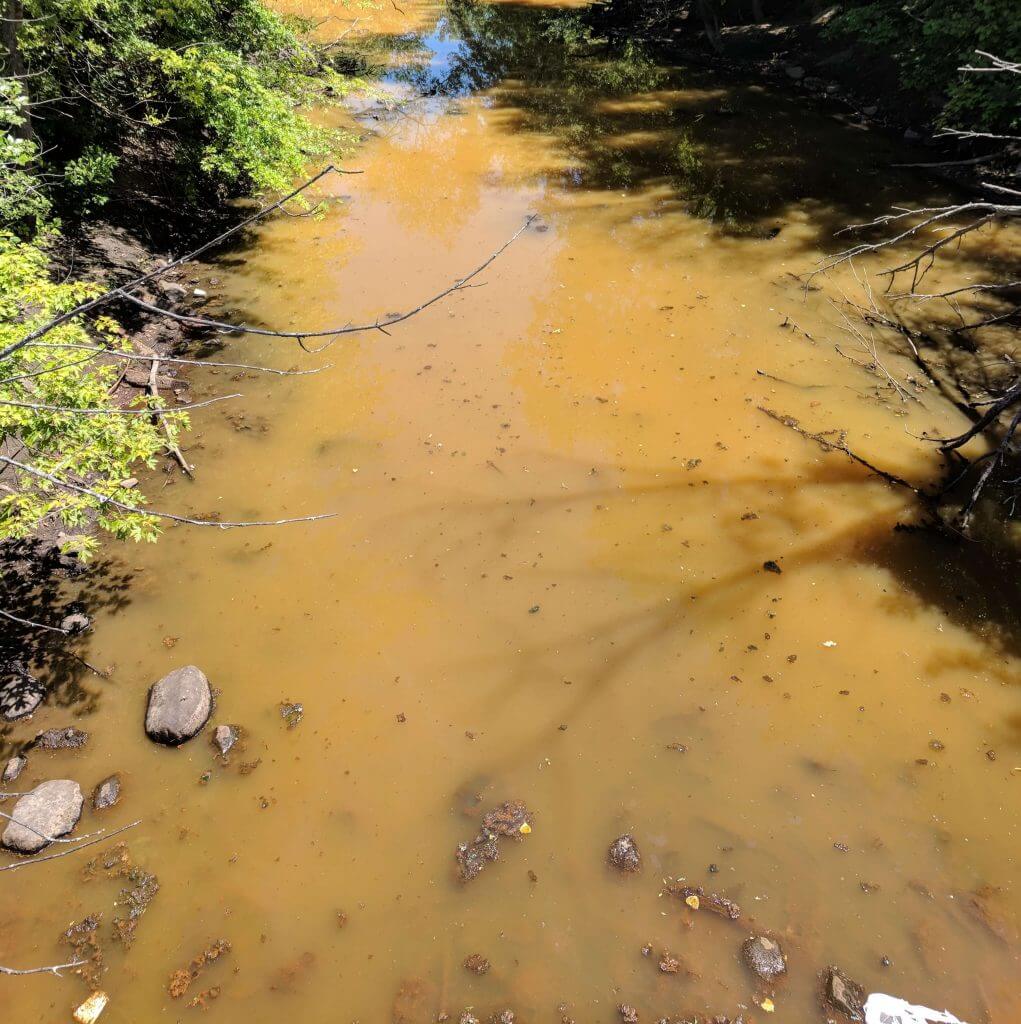 Sampling in Purgatory Brook has not uncovered any obvious sources of pollution, although it has confirmed that there is a major bacteria problem in the brook. Of the eleven samples collected in the brook this year, only one sample had E.coli levels that were safe for recreation. We will continue to investigate Purgatory Brook to try and track down the source of contamination.

Pine Tree Brook was sampled in the early spring this year in hopes that the high water table might reveal the source of the E.coli that plague that stream. We were unsuccessful in finding any obvious sources of contamination, but we did find that the E.coli fluctuated quite a bit along the brook. 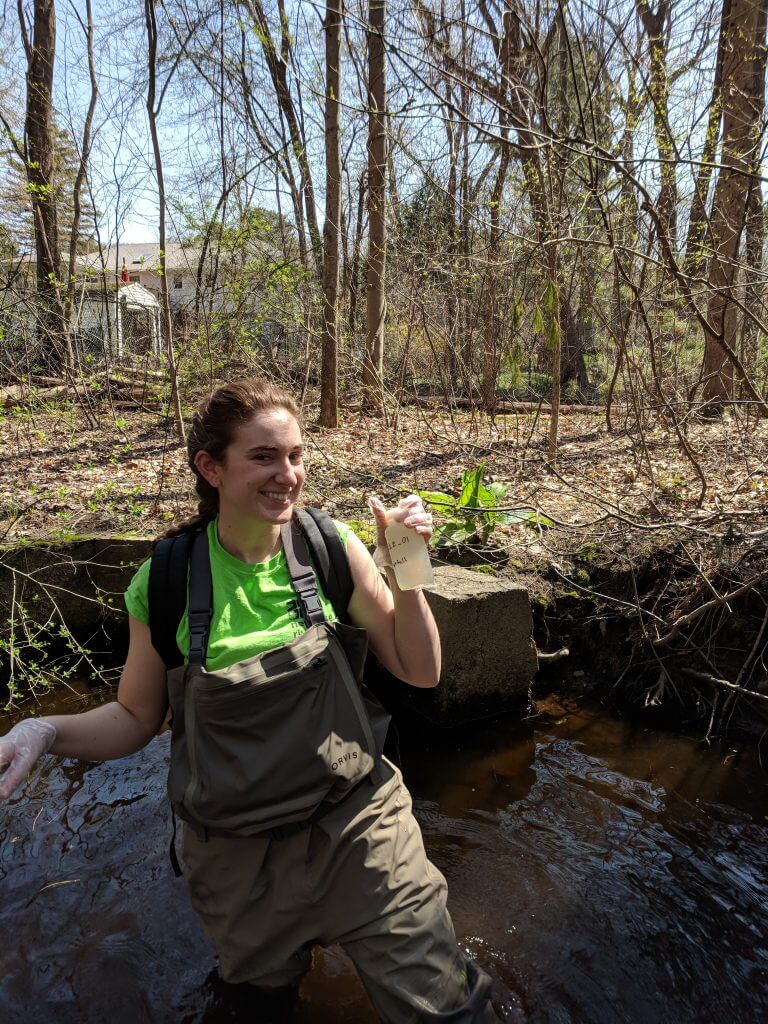 The next areas we plan to sample are Pine Tree Brook, Purgatory Brook, and Mine Brook. This is in addition to continued dissolved oxygen monitoring in Mine Brook, Turner Pond, and the Neponset River in Walpole.

To explore our Hotspot results in more detail, check-out our interactive Hotspot map, and past blogs at:  https://www.neponset.org/projects/hot-spot-program/

If you have any questions, please email hirsch@neponset.org