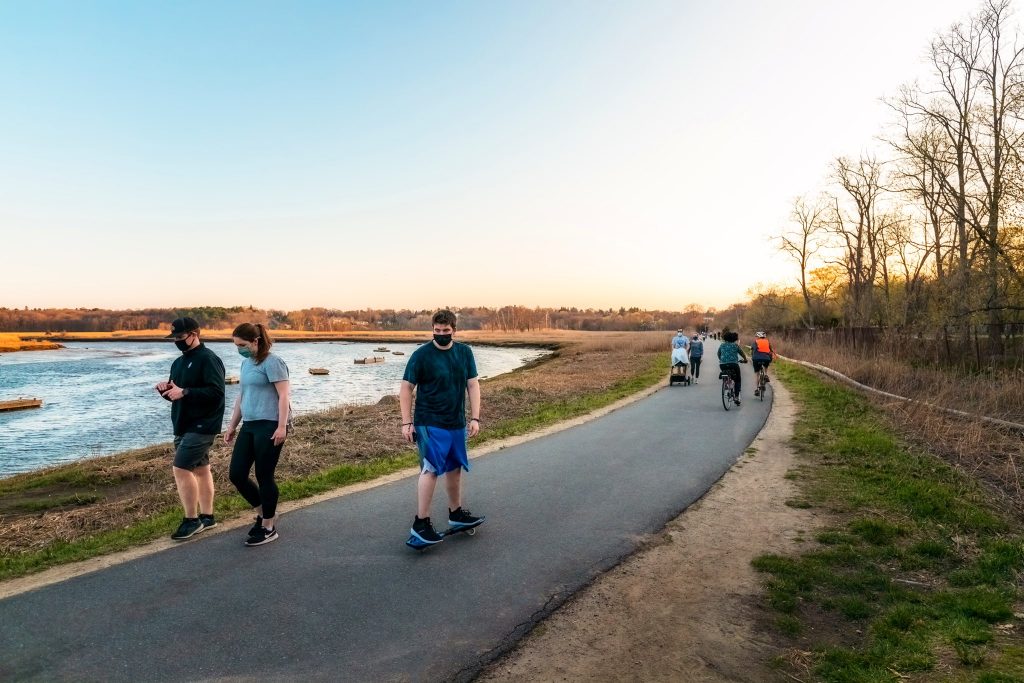 The Neponset River Watershed is filled with many locations where you can find park space, trails, and easy access to the river or a tributary.

Unfortunately, this is not the case in the Lower Neponset River. Many decades of industry in the riverside communities of Hyde Park, Mattapan, Milton, and Dorchester have made it difficult to access, let alone, see, the River.

Our Greenways Program aims to fix this problem by supporting upgrades and access to green spaces and making the River a safer and more inviting space for all.

For any questions about the Greenways Program, please email Greenways Manager, Andres Ripley, at ripley@neponset.org 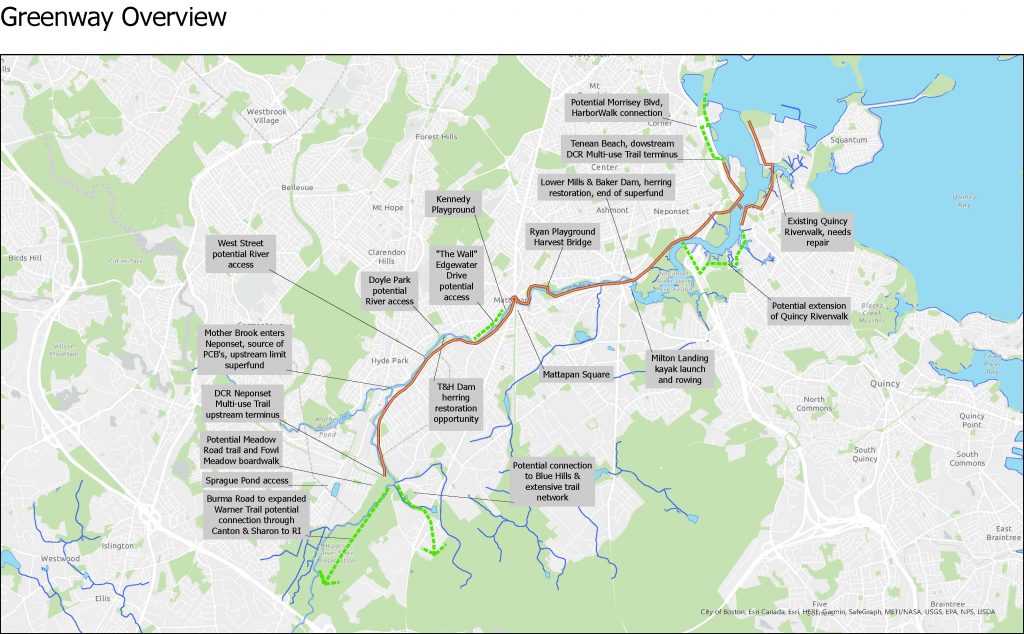 For nearly 100 years the residents of Edgewater Drive in Mattapan have been segregated from the Neponset River and nearby greenspace by a four-foot-tall, half-mile-long stone wall. The Edgewater Drive Neighborhood Association has advocated for years for the Department of Conservation and Recreation to improve their access to this space, and after additional partnerships and community engagement, we are happy to see this area become a safe and accessible park along the Neponset. 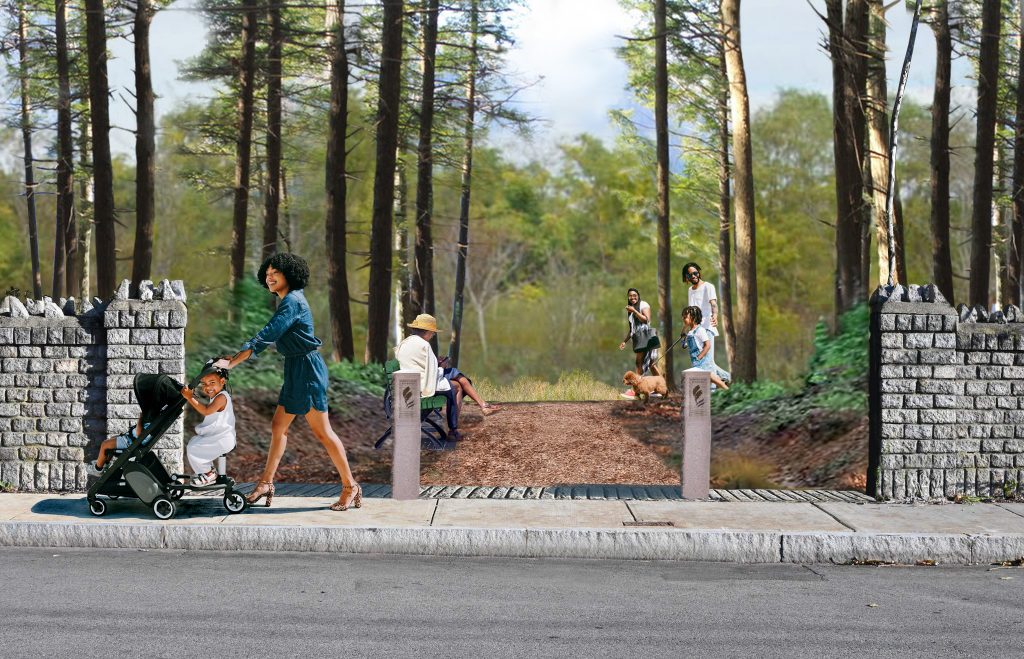 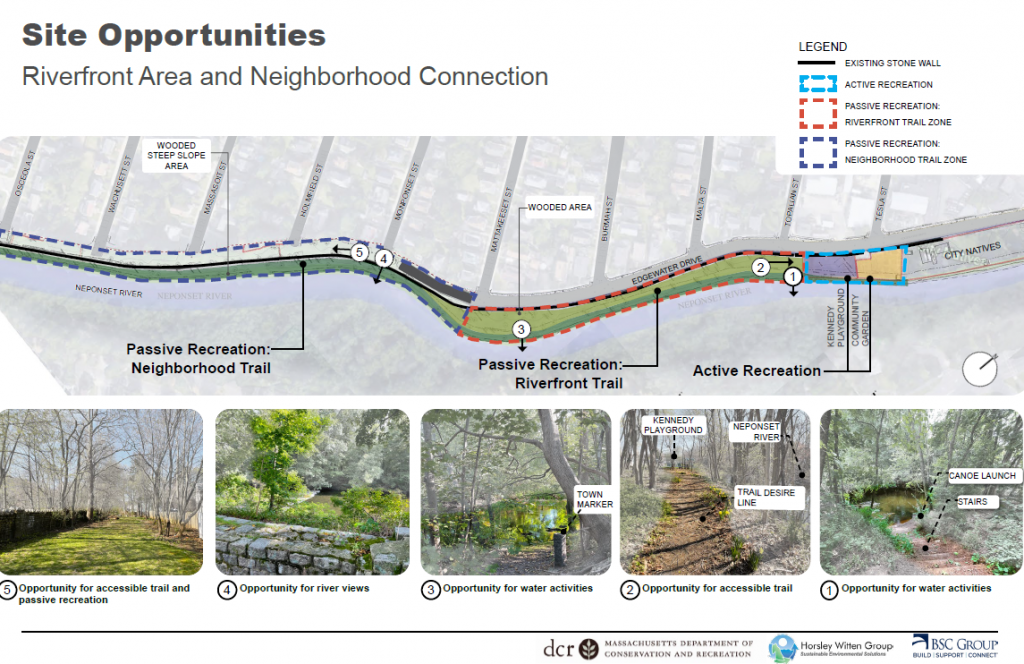 Paul’s Bridge is one of the many historic landmarks along the Neponset River. For a few centuries, it has signified the northern boundary of Fowl Meadow, but in recent years it has become increasingly known as where the Neponset River Greenway Trail ends.

For many years, the Greenway Council, NepRWA, and community groups have been asking DCR to extend the Greenway Trail from its southern endpoint near Paul’s Bridge to the Blue Hills. After years of advocacy work, outside funding has been awarded to NepRWA, the Metropolitan area Planning Council (MAPC), and DCR to start looking at this southern extension of the Greenway, which would allow for thousands of people to safely walk or bike from Boston to the Blue Hills.

NepRWA is starting the community engagement phase of this project in the summer of 2022 to get initial stakeholder input on what this extension could look like.  Once this information is gathered, we hope to work with MAPC and DCR to complete a feasibility study for this southern Greenway extension, which would bring the state one step closer to constructing it.

Considered to be one of the many gems of the Neponset Watershed, the Greenway section between Mattapan Square and Central Ave is used by thousands of people on a weekly basis. As the newest section of the Greenway that was completed in 2017, it connects Mattapan and Milton via the beautiful Harvest River Bridge. This section has made the local community increasingly aware of the Neponset River, and has connected people from diverse backgrounds with a common interest in getting outside in their own neighborhoods. 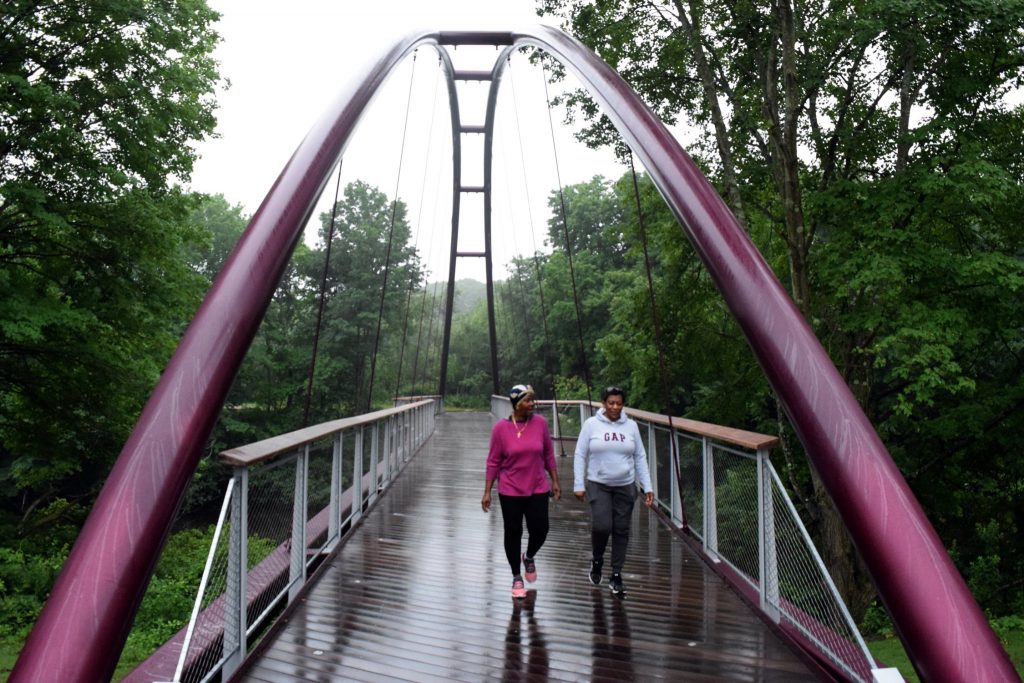 Doyle Park is located along River Street in Hyde Park. It used to be a playground that had its old, rusted structure removed many years ago, and has essentially been sitting as a vacant lot for a couple of decades. Over the past three years, the Southwest Boston Community Development Corporation, The East River Street Neighborhood Association, the Solomon Foundation, and NepRWA have been advocating for DCR to improve this space into a community park with a river path. In 2021, DCR committed to funding the improvement of Doyle Park, and after a few draft design meetings with DCR and consultants from Offshoots Inc., the park should be completed by the summer of 2023 with native tree plantings, informal playground space, benches, and a walking path and river outlook over the Neponset. 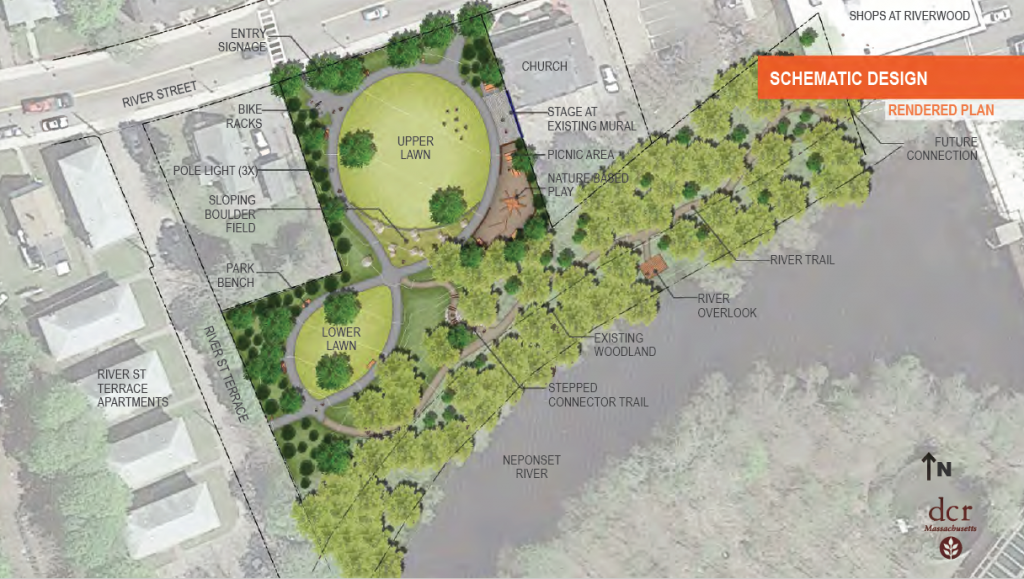 Signage along the Greenway

Although the Neponset River Greenway is a great place to recreate along, it can be easy to go along the trail and not know where the next park, train stop, or major intersection is. For years there has been lots of advocacy around getting DCR to install wayfinding signage along the trail. During the pandemic, NepRWA and the Greenway Council were able to work with DCR staff to create phase one of the wayfinding signage installation. There is now directional signage along the Greenway to enhance people’s experience. We hope to continue our work with DCR to install more wayfinding signage and eventually create informational signage on the Neponset River, its ecosystems, and its history.

The Environmental Protection Agency (EPA) has listed the Lower Neponset River in its Superfund Program. Listing the Lower Neponset as a superfund site will bring federal resources for cleaning up PCB-contaminated sediments at the bottom of this section of the Neponset River. NepRWA has advocated for the cleanup of this section of the River for almost 20 years and we are excited to see this work getting underway. 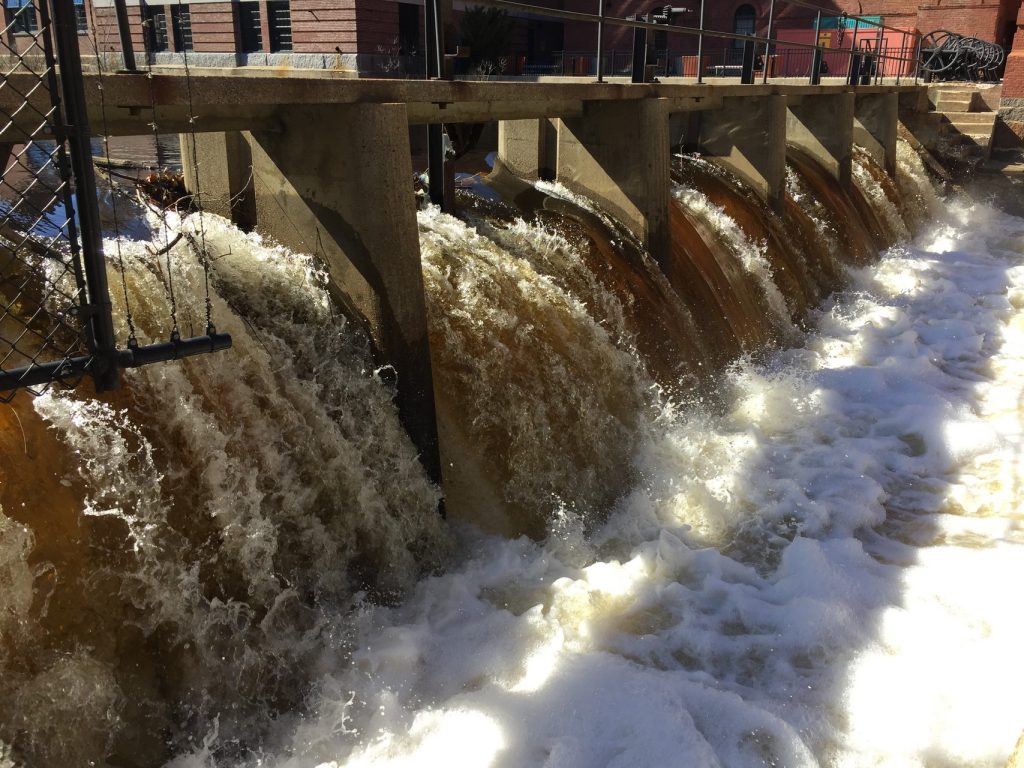