Last Wednesday evening, geologist Les Tyrala of Quincy, a NepRWA board member, took twenty-odd guests on a rock hunt around Lower Mills, where the river squeezes through the former Baker Chocolate Factory at the head of tidewater between Milton and Dorchester. 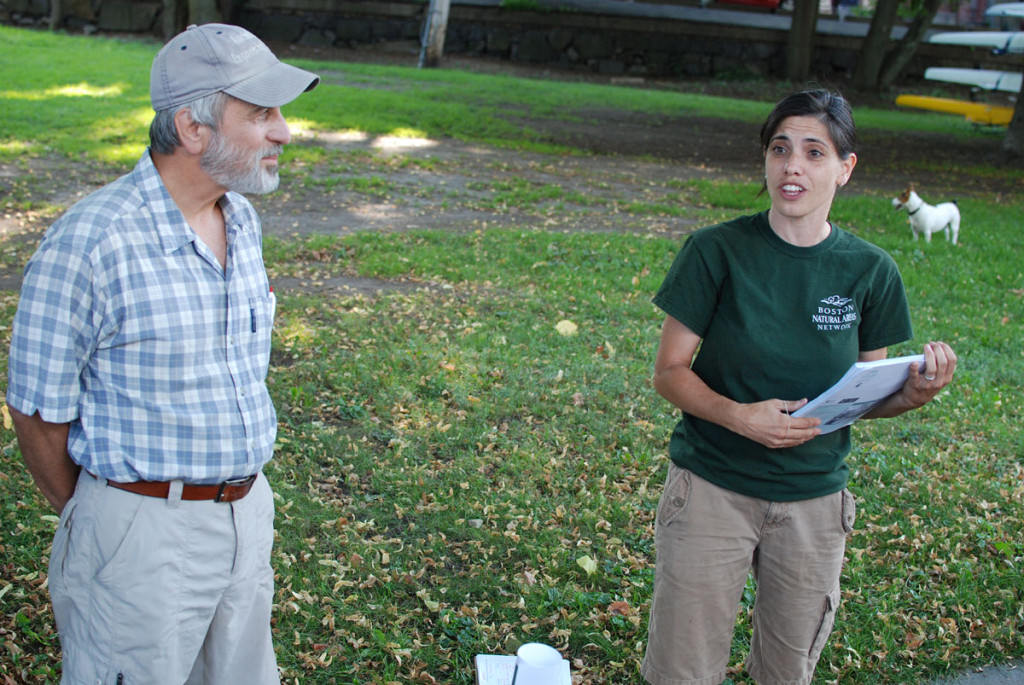 Les’ guests had signed up on-line at the invitation of co-sponsors NepRWA and Boston Natural Areas Network, and assembled at 5:30 PM under a big maple at Milton Landing across from 88 Wharf St.

Les was waiting by his car with a trunk full of hand samples–small rocks with inked inscriptions like ‘granite’ or ‘slate.’ As he passed them around he noted that although there are three great families of stone in the world–igneous, metamorphic, and sedimentary–only the last occurred as bedrock around Lower Mills.

In a few minutes we trooped across the T tracks and upriver along the bikepath to a big gray outcrop of fine-grained mudstone near the base of the railroad spur. Though heavily blotched with painted-over graffitti, the rock displayed a cross-section of fine layers laid down in quiet water, when the mud was still mobile and had not yet been cooked into stone, or lithified–a lengthy process typically occurring deep in the earth. In its long journey underground this particular mud-turned-stone had cracked and tilted, lifting the parallel layers high on one side and offsetting them along narrow breaks that were easy to see. 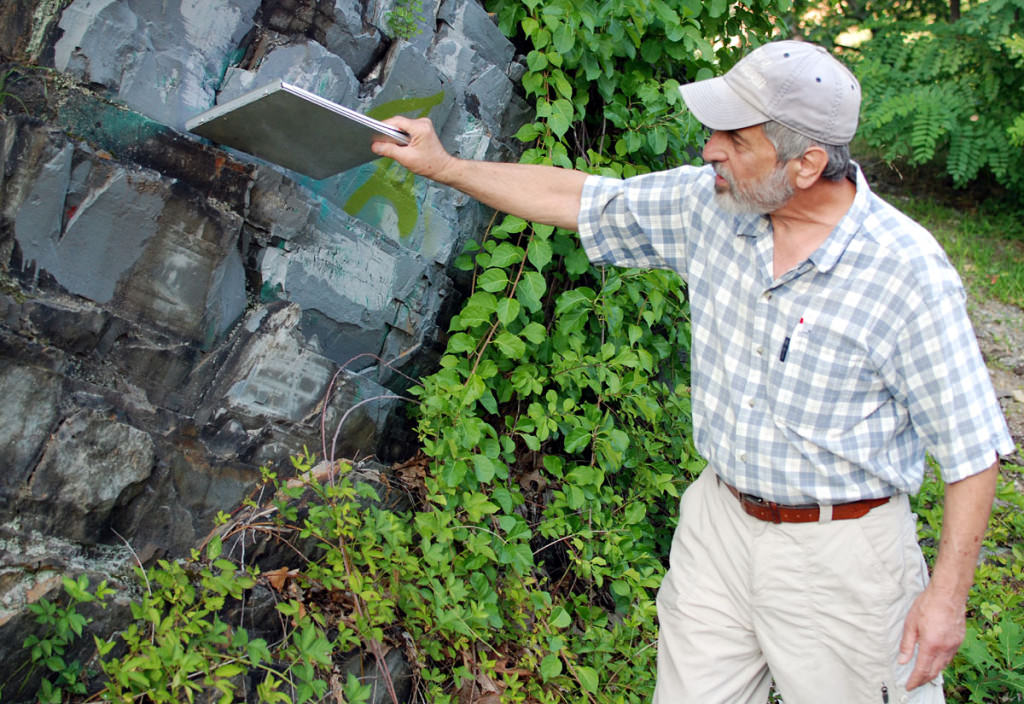 Next we crossed the river and took Adams St. to a wooded knoll at the corner of Medway St. Here another gray outcrop shouldered high out of the ground at the sidewalk edge, but it was rough and pebbly rather than smooth and layered. “This is puddingstone,” Tyrala said. “It forms where rushing water carries sand and gravel downhill and dumps them in large masses–note the egg-shaped pebbles smoothed by tumbling and the wide variation in particle size. You need major uplift and mountainous terrain to make rock like this–also called conglomerate. Those are conditions completely unlike what we have here today.” He also pointed out where a long shallow gouge had been removed by glacial ice, which had inched far overhead almost yesterday, compared to the age of the rock. 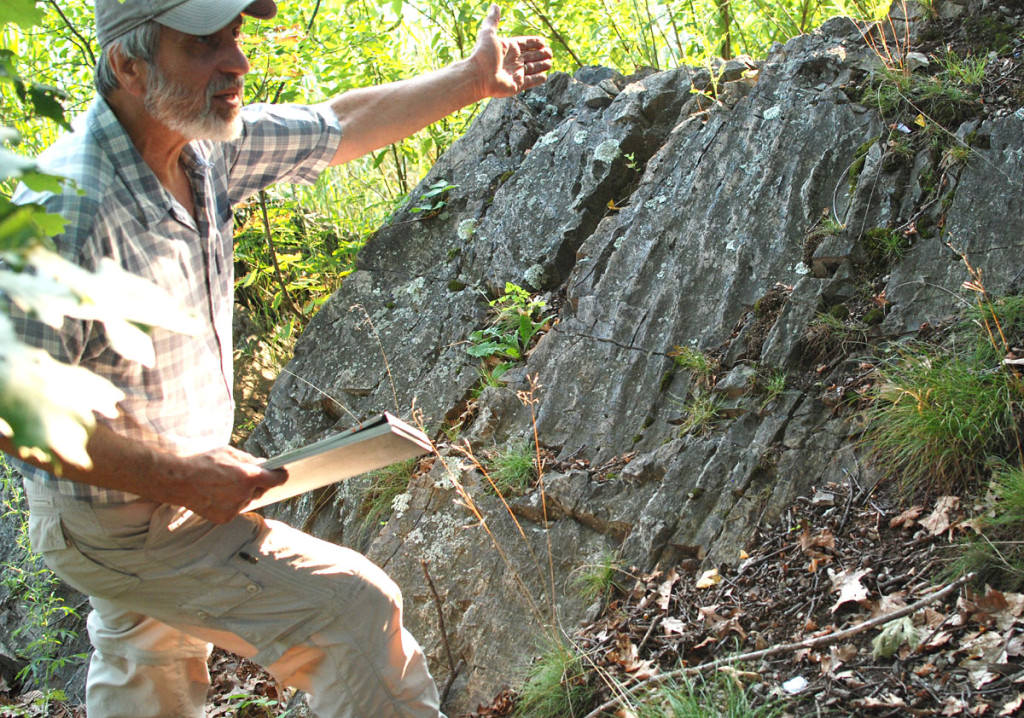 We finished around sunset at Dorchester’s Ventura Park, just across from Milton Landing, where Les crept down the bank and showed us a flat-topped boulder covered with ripple marks. “This is sandstone,” he said, “and those ripples were made by water, just like you might see on Nantasket Beach at low tide, only this beach was buried about 600 million years ago, and only now has reappeared at the water’s edge.” An older woman with a big camera pointed to a black-crowned night heron that had settled onto the flats just downstream. We looked at the bird and thought about how long 600 million years is. Then some of us got on the T, others remounted their bikes, and a few headed over to the Ice Creamsmith on Dot Avenue, and thanked Les for giving us a glimpse of Big Time: the big, bottomless time where rocks come and go.