Despite the great success the state has had in limiting its emissions, mercury levels remain dangerously high in many areas of the state. 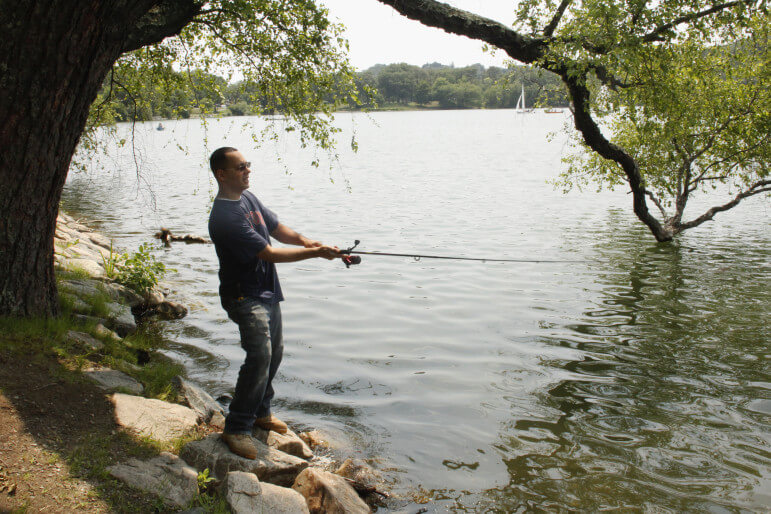 Beth Daley, reporter for the New England Center for Investigative Reporting, recently wrote an article about mercury levels in Massachusetts freshwater fish, and found that despite the great success the state has had in limiting its emissions, mercury levels remain dangerously high in many areas of the state.

According to Beth, “Large numbers of people fish the state’s lakes, ponds and rivers –172,800 freshwater fish licenses were issued in the past year. But it is unknown exactly how frequently fishermen – or families – eat catch that might be contaminated.”

Click here for up-to-date information on the Freshwater Fish Consumption Advisory List published by the MA Dept. of Health or Contact the MA Department of Public Health, Center for Environmental Health, with any questions:  617-624-5757

IMPORTANT: Children younger than 12 years of age, pregnant women and women of childbearing age who may become pregnant, and nursing mothers, should not eat any fish from these water bodies. 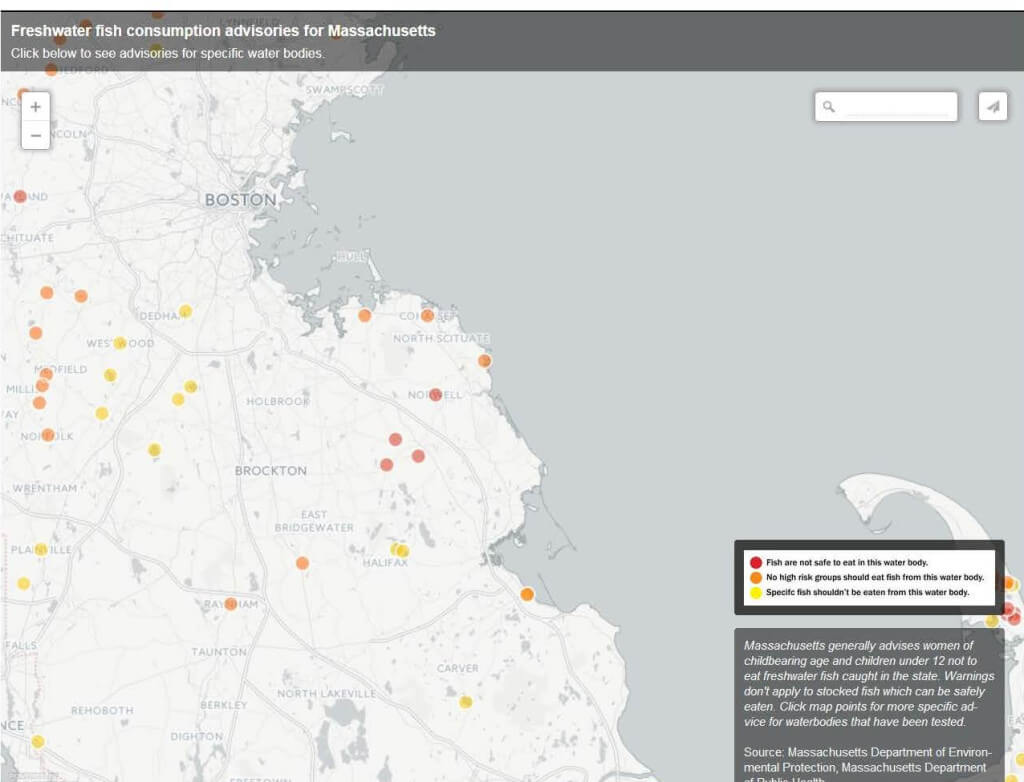 Click on image for interactive map that shows where risk is highest, where you can and can’t eat fish, and how mercury gets from its source to our diet