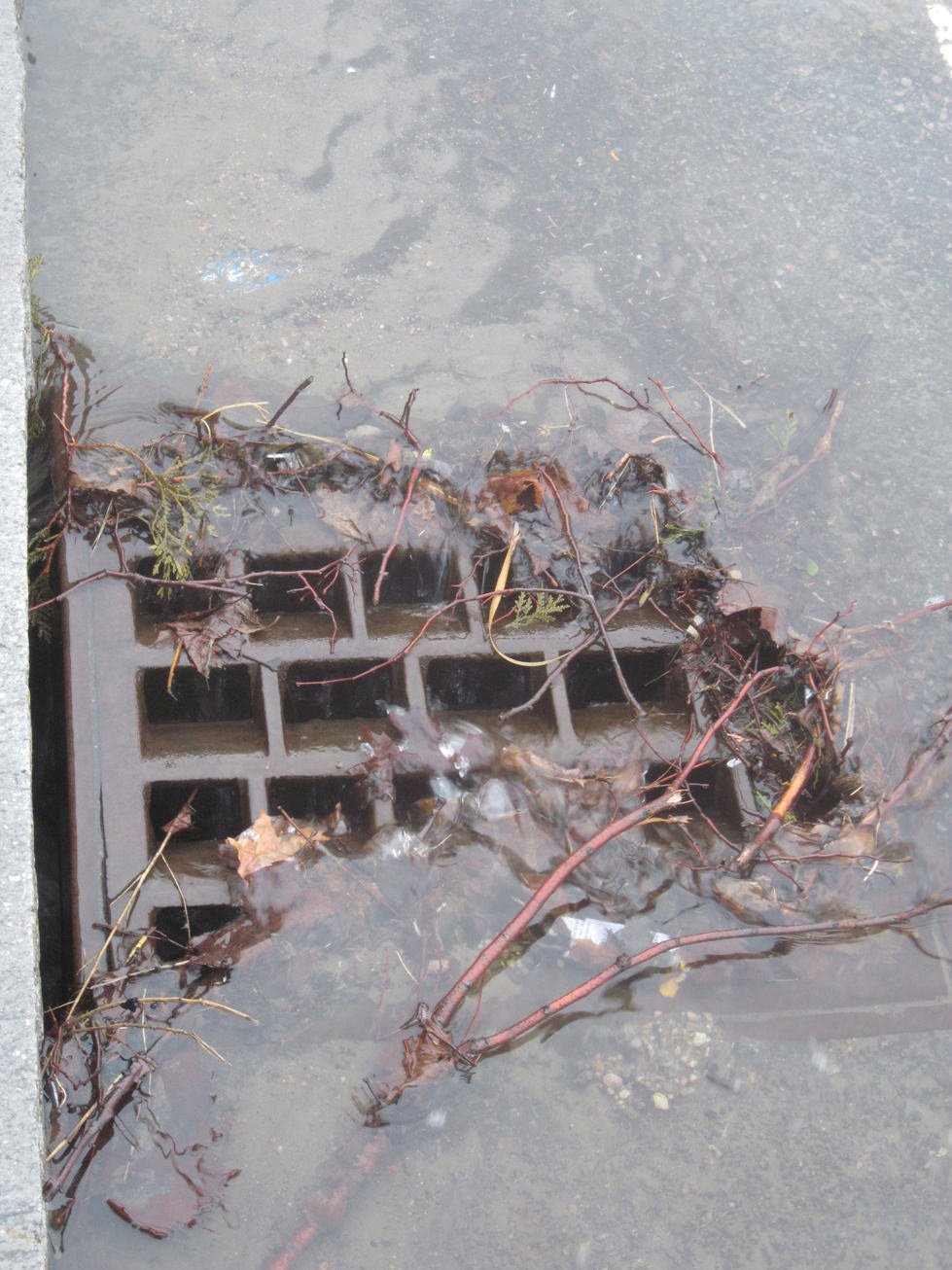 Most of the pollution in our rivers and streams gets there via town “storm drains”.

Since the Clean Water Act was passed by Congress nearly 40 years ago, pollution from industries has shrunk to a fraction of previous levels. Today, most of the pollution in our rivers and streams gets there via town “storm drains” — those grates in the streets which collect rain water and snow melt and send them without significant pollution removal to our rivers and streams. It’s not that rain and snow are inherently dirty, but humans and our “best friends” keep dumping tons of pollutants – from excessive use of nitrogen fertilizers, to pesticide and herbicides, to oil and gasoline, to dog poop—all of which “run off” paved surfaces (and in big storms, our lawns and gardens) and into municipal storm drains, creating a toxic soup referred to as stormwater.

Although municipal storm sewers, or storm drains, have for more than a decade been subject to federal stormwater management requirements, the rules have had little impact on water quality. So on September 23, 2014 , the U.S. Environmental Protection Agency (EPA) proposed making those rules much more stringent. The Neponset River Watershed Association is now trying to convince our towns to work cooperatively to achieve cost-effective stormwater management through joint public education efforts; drafting of a model local stormwater bylaw covering new development and redevelopment; and developing a plan for how towns can identify and eliminate of illegal connections of sanitary sewage pipes that by law are required to be tied in not to storm drains, but to sewage treatment plants.

Although our towns have begun to work together, and will be able to save some money thru collaborative efforts, the additional new activities needed to clean up our rivers and streams are still going to need additional funding. Just as towns charge customers for the amount of water they use and the amount of sewage they discharge, the best way to fund stormwater management is to levy “stormwater treatment fees” based the relative responsibility of each land owner for contributing pollutants to municipal storm drains (for example, basing the fee on the relative amounts of paved surfaces on each property).

Such “stormwater utility” systems are rare in Massachusetts (oddly, they are much more common in the South) and will require proactive public support if they are to be adopted by many of our towns. The Watershed Association will be working with our members and friends to take proactive steps in their towns, once the EPA rules are finalized (in a year or so) and increased DPW funding proposals come to town meetings.

One response to “Feds Serious About Stormwater Pollution”