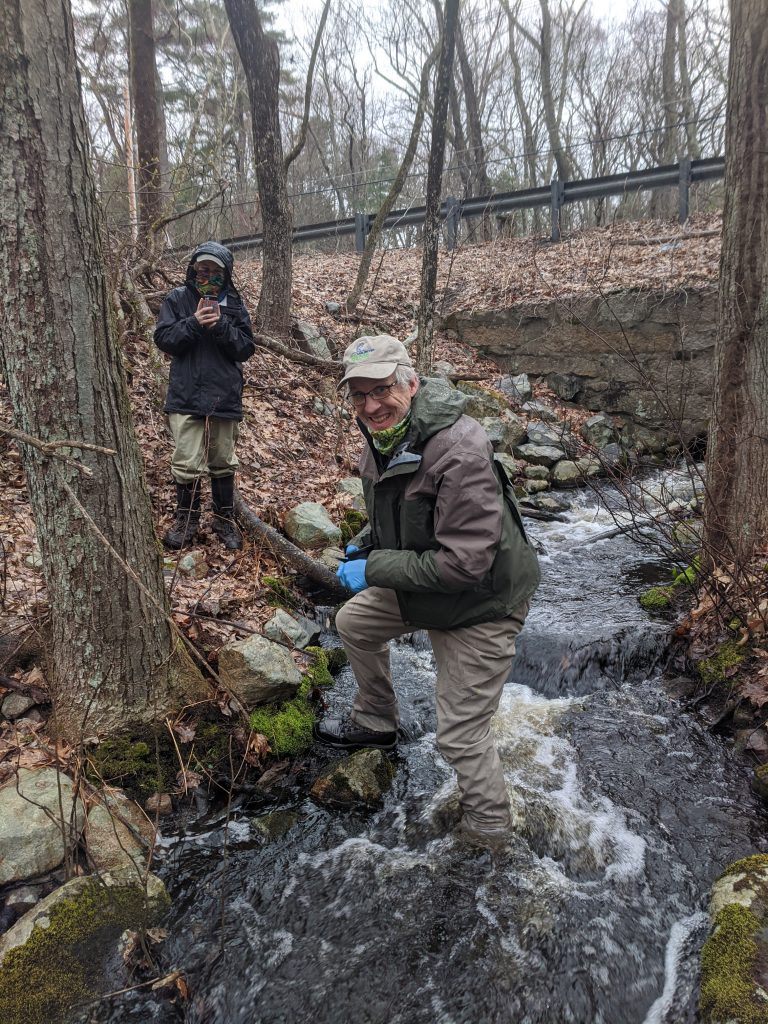 Tune in to find out what we’ve learned about the health of the Neponset River’s nine trout streams, and what we can do to conserve our home water’s native brook trout.

Chris will recap on last year’s effort and will discuss the data collected from year one of the project. The presentation will also debut the Embrace-A-Stream interactive map, a tool that allows anyone to explore the results of the embrace-a-stream study.

Jenny will present study plans for year two (the final year of data collection) and a preview of the future restoration and conservation plans that can be informed by the embrace-a-stream study efforts.

Chris Hirsch has been on the GBTU board of directors since 2018, and was the environmental scientist for the Neponset River Watershed Association for five years. In 2019 Chris developed the Embrace-A-Stream study; an effort to develop restoration plans for each of the Neponset River’s nine cold-water streams.

Jenny Rogers comes to NepRWA by way of sunny southern California. Originally a MA native, she attended graduate school at the University of California, Los Angeles, from 2013 through 2019, and worked as a scientist at a water research institute from 2017 through 2020.

The Neponset River is the “Home Waters” for Greater Boston Trout Unlimited!

NepRWA partnered with Greater Boston Trout Unlimited (GBTU) in 2018, when they announced the Neponset River Watershed as their chapter’s official home waters.

Together, we work on conservation efforts, annual events, and education programs.