November drought maps show that we're not out of the woods yet.

Approximately 120,000 people get some or all of their drinking water from groundwater wells in the Neponset Watershed, which is something to consider as the dry weather pattern continues. We finished reviewing the streamflow statistics and 2016 had the lowest average flows in July, August and, we’ve now confirmed, September in 76 years of streamflow measurements on the Neponset, and never before have the three driest months on record occurred during the same year.

Read Boston Globe article about the effects of private well use on groundwater levels. 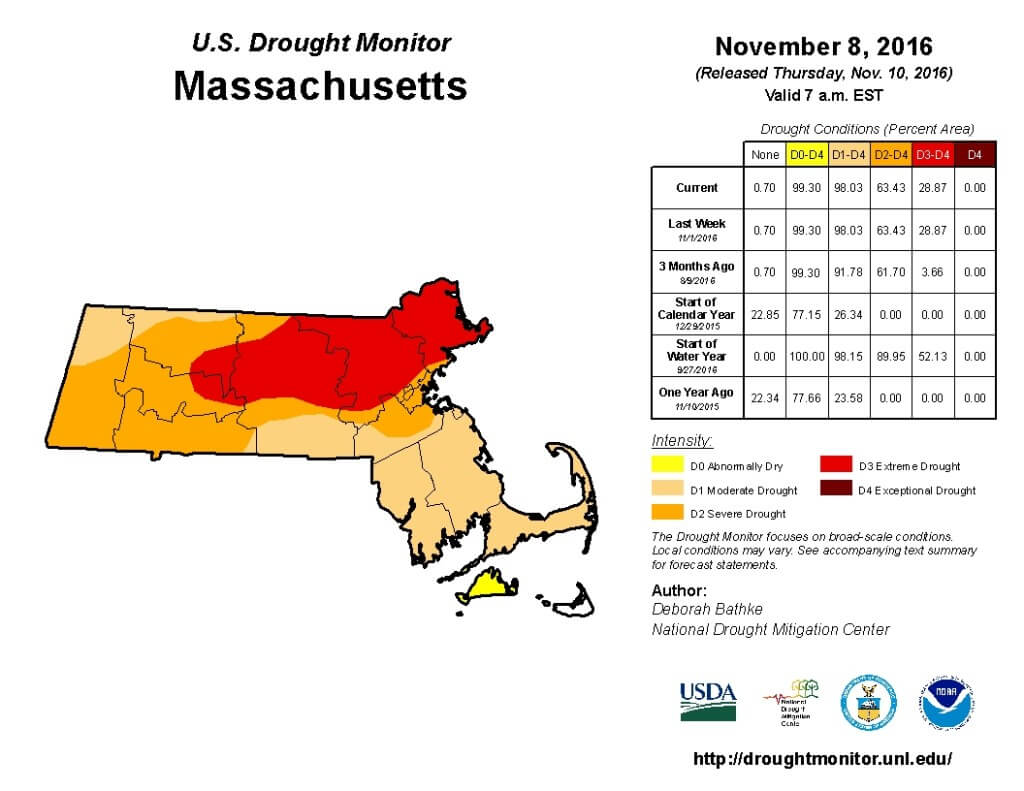