We urge you to contact your legislators and ask them to pass the bill to protect water supplies across drought regions. 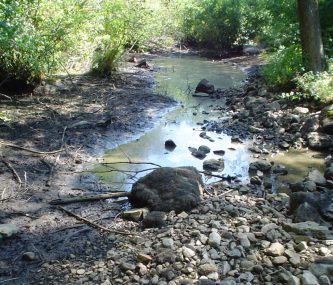 Officials have already declared a mild drought for Southeastern Massachusetts. This doesn’t bode well for our rivers and streams or our drinking water supplies later this summer (don’t be fooled by the word “mild”—to have a drought-declared this early in the season isn’t a good thing).

You may have seen our recent opinion article in the Boston Herald calling on the state legislature to enact S.530 (corresponding House bill is H.898), which would codify the 2019 recommendations of the Massachusetts Drought Management Taskforce and grant the Secretary of Energy and Environmental Affairs the authority to require nonessential outdoor watering restrictions across drought regions. (Essential users would be exempted.) It’s a critical action—water doesn’t respect municipal boundaries, and the patchwork of drought responses among cities and towns just doesn’t effectively protect our water basins.

S.530 has been approved by the Joint Committee on the Environment, Natural Resources and Agriculture, and now awaits approval by the Senate Ways & Means Committee.

We urge you to email or call both your own state senator, as well as members of the Committee to ask them to report the bill out favorably before the summer recess.

To make it easy, the Mass Rivers Alliance has come up with the following writing/talking points!

My name is ___________ and I am a resident of ___________. I am writing to request that you urge your colleagues in Senate Ways & Means to report S.530, An Act relative to maintaining adequate water supplies through effective drought management, favorably out of committee. This is a top priority for me and my community.

Climate change is bringing more frequent and severe droughts to Massachusetts, and our current management is falling short. The drought bill would give the State the authority to require water conservation during drought, implementing a more impactful regional approach to drought management. Scaling up our response will give our waterways and the people and wildlife that depend on them the best chance at a healthy future.

[Share your local challenges with low flow and drought.]

I hope you will encourage your colleagues in Senate Ways & Means to report this bill out favorably.

Thank you for your time and consideration.

Who to send it to:

Copy and paste this list with the above email, and you’re ready to go! Don’t forget to include your own Senator. Don’t know who that is? Find them here!