Doyle Park: an up-and-coming spot for families in the lower Neponset

Doyle Playground hasn’t been much of a playground for quite some time now. In fact, many people who live on River Street in Hyde Park don’t even know that the overgrown, uninviting space across from their homes once was a playground. But after years of neglect, the space is being completely transformed for the better. 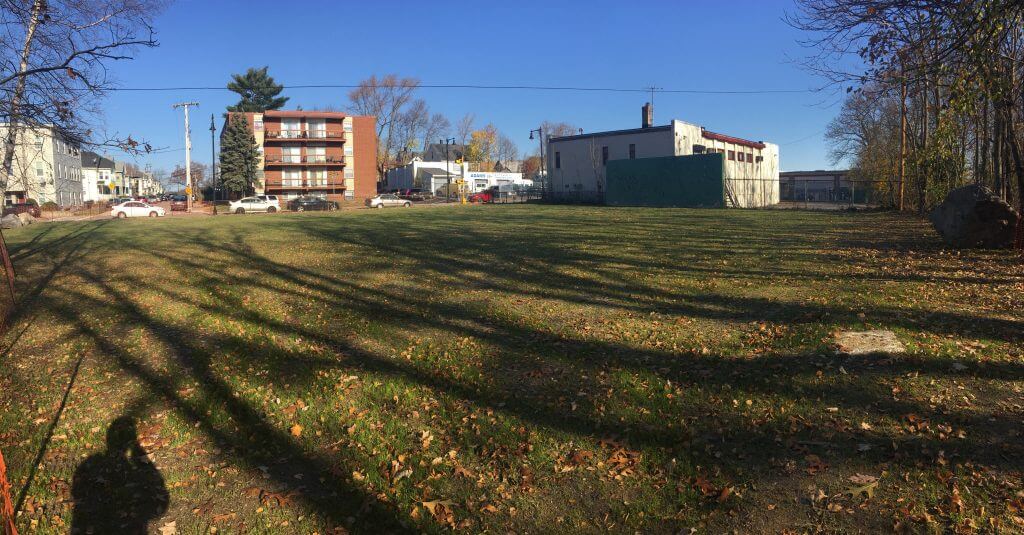 The top half of Doyle Park along River Street in Hyde Park.

The Southwest Boston Community Development Corporation (SWBCDC), the Solomon Foundation, Department of Conservation and Recreation (DCR), and POHWER have created a plan to turn the space that was once Doyle Playground into a park. They have already taken the steps to make it more inviting, like removing the fencing that was blocking access to the Neponset River and seeding the park to allow grass to grow in.

Offshoots Productive Landscape was hired to clear and seed the back side of the existing opening space down towards River Street Terrace, which nearly doubled the size of the park. Once the entire park space was seeded, volunteers got together to water the grass, and then place wood chips in a nice figure 8-shaped walkway throughout the park. The initial work done by these organizations instantly made the space more attractive, and residents have already made use of it. There was even a block party there in September with food, music, and games for local residents.

Although there has been lots of work done to make the park look nice, there is still more work to be done. During the spring of 2019, a beautiful mural will be added to the large concrete wall, and there will be more efforts to remove the rest of the chain-linked fencing on the back side of the park. In addition, there are hopes to add a stage to the top part of the park for concerts and other outdoor events in the summer, as well as picnic benches and trees planted to bring in some shade.

There are also plans to build a path along the shore of the river, allowing better views of the Neponset. In order for the path to be created, invasive plant species, poison ivy, and years’ worth of trash from the abutting landowners will have to be removed, and woodchips will be laid down to make the path safer and help prevent erosion. When completed, this path will be the only public waterfront space in all of Hyde Park, and will be a spot where people from all over the community can come together and enjoy the outdoors. This work will have to be done by contractors and volunteers alike, and may be a potential cleanup site that NepRWA volunteers can assist in cleaning come spring time! 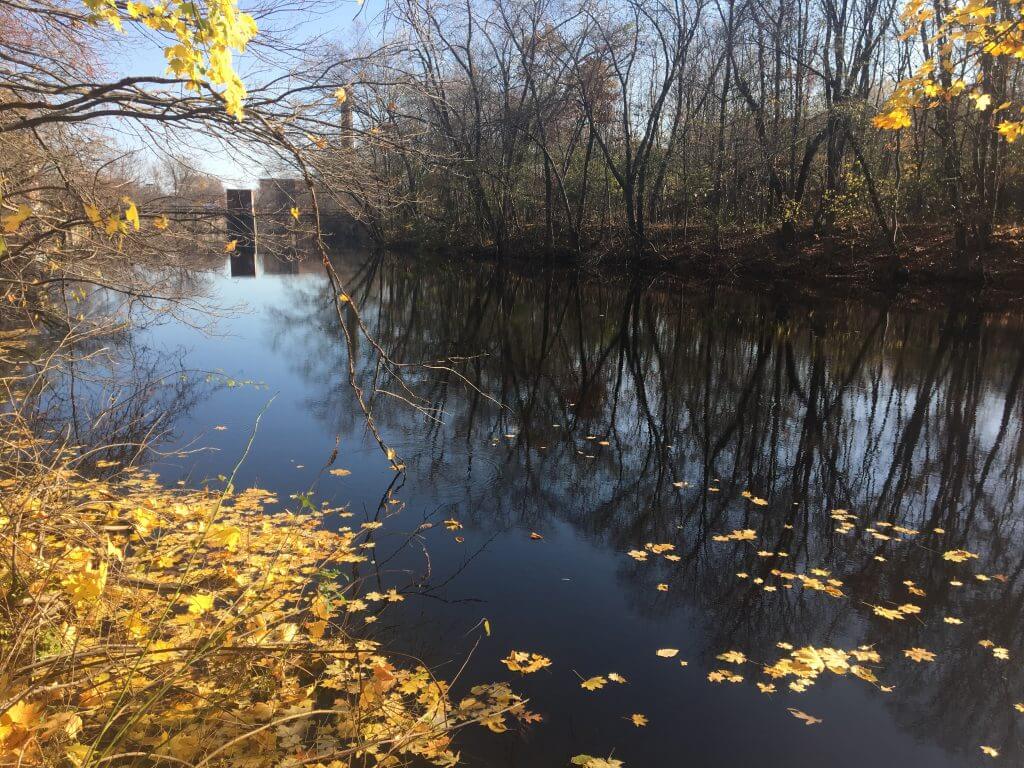 The view of the Neponset from the proposed path, just upstream of the T&H Dam.