Changes in Permitting Could Impact Water Quality in MA 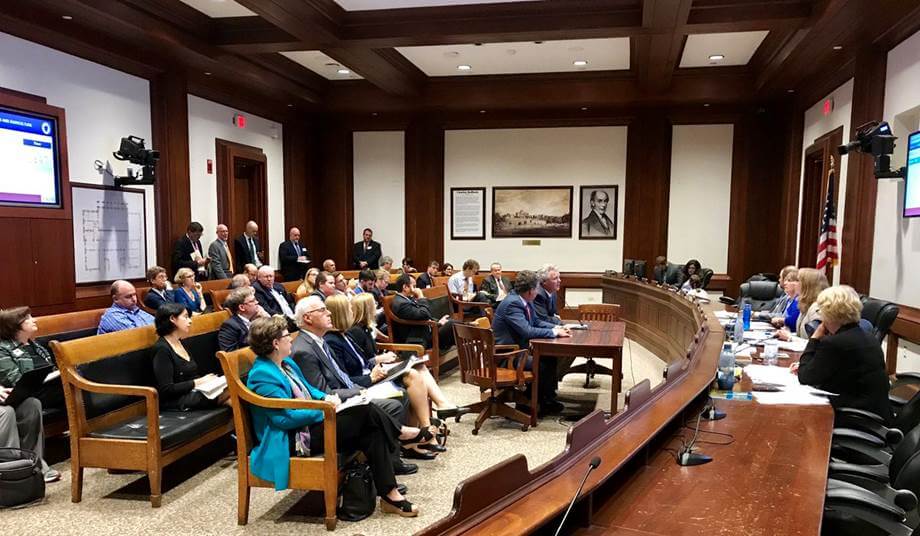 On October 10th, the Massachusetts Joint Committee on Environment, Natural Resources and Agriculture held a hearing on a bill that could significantly impact water quality throughout the Commonwealth, including here in the Neponset River watershed.

The federal Clean Water Act prohibits anybody from discharging “pollutants” through a “point source” into a “water of the United States” unless they have a National Pollutant Discharge Elimination System (NPDES) permit. Simply put, this means that anyone who plans to or does discharge any industrial, agricultural or municipal waste (which can be anything from sand to raw sewage) to almost any water body from a discernable point (like a pipe or even a boat) must get a permit. That permit will restrict how much of the pollutant the permittee can discharge, and what actions the permittee has to take to mitigate or reduce the damage it causes through the discharge. The permit also specifies what the permittee must do to monitor the discharge, and how and when it must report its monitoring results to the state and Environmental Protection Agency (EPA).

Currently, the Massachusetts Department of Environmental Protection (MassDEP) co-issues NPDES permits with the EPA. Importantly, this means that EPA is primarily responsible for the costs of administering and enforcing the program, with some support from DEP.

The Clean Water Act provides a mechanism through which states may request that primary authority be delegated to the state. When that happens, EPA continues to retain some oversight capabilities, but has very little involvement in the issuance of permits (aside from some general monitoring or sampling permits to ensure the state is complying with federal law.)

46 states have requested and obtained primary authority to issue NPDES permits. Massachusetts is one of the four states which have not sought delegated authority to do so.

Governor Baker is looking to change that and has filed legislation (H.277) to request delegation from EPA. Under the proposal, MassDEP would obtain primary authority to issue the permits. The Governor also requested some funding in the budget, which was not approved by the legislature.

First, the Administration has estimated that operating the NPDES program will cost $4.7 million per year (revised down from its original estimate of $7.5 million). That estimate includes adding 40 new full time employees to MassDEP, and some funding ($1.5m) for contractors. Importantly, this figure does NOT include money to support benefits and taxes associated with the new employees. The Governor’s plan is unsustainable:

There’s no reason to rush into this permanent change to the NPDES program, which plays a crucial role in protecting our water quality. The EPA has been a good steward of our waters. We’ve seen dramatic improvements in water quality under the EPA through both Democratic and Republican administrations. And while the current federal administration has indicated a loosening of environmental protections, this is a temporary condition.

We should note that while 46 states have requested and obtained primary authority to regulate NPDES, 49 petitions have been filed from those states seeking that EPA take back primary authority. To date, EPA has never done so.

NepRWA does support a separate bill (H2139) heard by the committee on the same day. The bill which would require an independent analysis of MassDEP water quality programs to ensure that they meet the goals of the state and federal Clean Water Act. MassDEP must be provided the support and resources it need to carry out it’s vital responsibilities. H.2139 is a step in the right direction.