Thanks to you - House Bill 2777 was NOT approved by the Joint Committee on the Environment, Natural Resources and Agriculture! 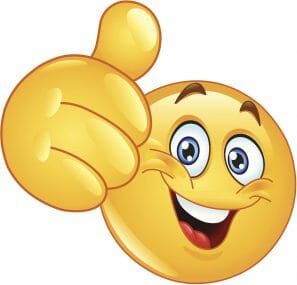 Thank you to all of our members who reached out to elected officials over the last week to voice concerns over H.2777, which would have delegated primary authority over a federal water pollution program to the state. (See below for more details on the bill.)

Such a proposal comes at a time when our state has not provided adequate resources to the agency that would be responsible for the program. Delegation would have been devastating to water quality protections in Massachusetts.

We’d now like to ask you to take a moment to thank those officials whom you contacted. The members of this committee took the time to meet with clean water advocates to learn about this issue and listen to our concerns. This is a difficult issue, and we greatly appreciate their willingness to understand it.

Committee Co-Chairs Smitty Pignatelli and Anne Gobi showed tremendous courage in recommending this action. Please thank the committee co-chairs or any member with whom you communicated on this issue. These legislators were lobbied hard by the other side.

Please consider sending thank you letters acknowledging their support for water quality with this important vote.

We need you to call a member of the Massachusetts Joint Committee on the Environment today to protect our rivers (see list of members and suggested script below).

The environmental community has taken a strong stand for clean rivers by opposing bill H.2777. The state legislature has extended its deadline for making a decision on this bill until March 10th. The stakes are high and you can make a difference by speaking up for the future of our rivers!

Background. In Massachusetts, the federal Environmental Protection Agency (EPA) regulates water pollution with permits granted to polluters. The Massachusetts Department of Environmental Protection (MassDEP) co-issues these permits with the EPA, but EPA has the final say. The National Pollutant Discharge Elimination System, or NPDES, permitting program is critical to keeping our water clean, and to safeguarding public health and the environment. We oppose Governor Baker’s proposal (H. 2777) to transfer primary responsibility for the NPDES permitting program from the EPA to MassDEP. Transfer of this program would be a huge gamble for MassDEP which has a poor track record for state funding of water programs. Ultimately, the bill threatens efforts to keep our waters clean over the long-term. Even with the current challenges that the EPA faces, our region (EPA Region 1) is a national leader in water permitting, and is still in the best position to protect the Commonwealth’s waters.

By March 10th, 2018, the Joint Committee on Environment will decide whether to report the bill out to the Legislature for a vote or send the bill to study for further research. We need your help to tell Committee members that they should oppose this legislation.

Please call Senator Michael Rush (a committee member who represents the Neponset River watershed) and/or the Committee Chairpersons and urge them to oppose H.2777:

Phone calls are the most effective way to contact your legislator. You will speak to a staff member who will almost certainly be friendly and interested in what you have to say. You may also end up leaving a voicemail message, in which case be sure to leave your name, phone number, the bill number, and the town in which you live.

You do not need to be an expert on this topic to make a call. Just two or three calls from citizens saying nothing more than “I care about this issue” can have a real impact.

Below is a sample script for your phone calls:

“Hello, my name is _____________ and I live in ______________, Massachusetts. I am calling to ask that Representative/Senator _____________ oppose House bill 2777, An Act to enable the Commonwealth’s administration of the Massachusetts Pollutant Discharge Elimination System. I am worried that this could reduce protections for clean water in Massachusetts. The Massachusetts Department of Environmental Protection does not have the resources to take on this new program, and I think it should remain with the EPA. Thank you for your consideration.”  [You can use the talking points below if you need them].

Additional talking points: We oppose Governor Baker’s proposal (H. 2777) to transfer primacy over the NPDES permitting process from the EPA to MassDEP because:

Thank you for making your calls today! And please thank your legislator if they say that they support us on this issue!

If you have any questions, please contact Kerry Snyder, Advocacy Director at snyder@neponset.org